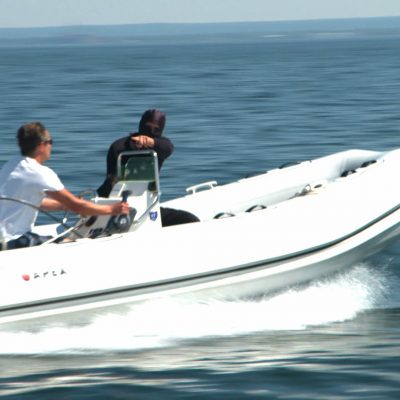 Next post
#PlannedParenthood: A Perspective from Would-be Parents Suffering from Infertility 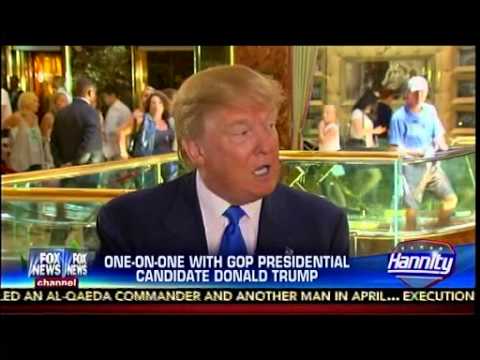 Let’s talk about Planned Parenthood’s new favorite GOP candidate! On Tuesday, Donald Trump appeared on shows with Chris Cuomo, as well as Sean Hannity. During both shows he defended Planned Parenthood, to a degree. I’m unsure if this was a complete lapse of knowledge on the subject, or simply an attempt at the false argument of ad populum. The former should cause us to ask if he’s been hiding under a rock, and the latter should convince us that his only stance revolves around talking points, not impassioned beliefs.

See his statements to Hannity on Planned Parenthood here:

See his statements to Cuomo on Planned Parenthood here:

Women will survive without the government funding Planned Parenthood, Donald.

After the debates last Thursday, Trump took a major drop in a few post-debate polls – Rasmussen being the most devastating at a 9-point loss. That said, I believe his most recent remarks will be a harder hit. If they aren’t, then I have greatly miscalculated how serious we all consider the Planned Parenthood debacle to be.

The billionaire told Chris Cuomo on CNN’s New Day that he opposes federal funding going to Planned Parenthood to pay for abortions, but that he’s okay with tax dollars going to the group to pay for other services that it provides.

“The problem that I have with Planned Parenthood is the abortion situation. It is like an abortion factory, frankly,” Trump began. “And you can’t have it. And you just shouldn’t be funding it. That should not be funded by the government, and I feel strongly about that.”

If you attribute personhood to the unborn, in any way whatsoever, then you must find the acts of Planned Parenthood to be a putrid genocide-for-profit stain on our country. The idea that you can support Planned Parenthood while disagreeing with this particular detail of their organization is nothing more than a false middle. There is no in-between to the extremes, and we wouldn’t claim such a stance on any other issue.

“Bob rapes women, but we’re still going to label him as “needed” because he also works at the local food pantry.”

It just doesn’t work; fallacy of the false middle. Plain and simple.

I tend to believe he was trying to walk the fence, unfortunately the charges against this organization do not allow for such middle ground. Adamantly acknowledging a wrong while also praising the wrongdoer causes one to fall on their own sword, as Donald Trump has done. Planned Parenthood quickly crawled out from their grotto to lavish praises upon the billionaire.

“Donald Trump seems to have realized that banning all abortions, shutting down the government, and defunding Planned Parenthood are extreme positions that are way too far outside the mainstream for even him to take,” said spokesman Eric Ferrero in a statement.

“We hope that the rest of the GOP field will wake up and reconsider their extreme and unpopular positions on defunding preventive care, abortion bans, and the other economic issues that women and their families care about,” Ferrero continued.

As did Think Progress:

Trump appears to be backpedaling on previous comments he made in which he said that withholding funding from the women’s reproductive health organization is so important, the government should be shut down until an agreement to defund the organization is reached.

Trump backpedal? Why, he’s a pro!

THE SAVAGES MUST BE STOPPED! Maybe. I mean, unless they do good stuff too.

Meanwhile Lila Rose, President of Live Action, a pro-life organization, had quite a different opinion:

Trump’s vacillation on Planned Parenthood funding is deeply troubling, and reveals an ignorance about their horrific abortion practices–their killing over 320,000 children a year, and bartering to sell the body parts of those they abort. It’s obvious from Mr. Trump’s comments that he has not watched the Planned Parenthood videos released by Center for Medical Progress. That is the only way he could recommend to continue funding this abortion conglomerate that is totally unnecessary and any organization that engages in these human rights abuses does not deserve a penny of tax payers’ money. It would be better spent on health services that would save the lives of women and babies. I challenge Mr. Trump to watch the videos.

I think it’s important to note that should Planned Parenthood be defunded, women will not be left without healthcare. There are well over 9000 community health centers throughout the United States, and a little over 800 Planned Parenthood centers (including affiliates). The idea of defunding Planned Parenthood was brought to the table along with a plan to redirect the government funds to other health centers, which could then use the money to absorb the patients. In addition, has Mr. Trump bothered to look at what limited services they offer outside of abortion? I’m guessing not.

So abortion only accounts for 3% of their services? Planned Parenthood performed 327,563 abortions last year. That’s 27,296 a month, 6,299 a week, and a massive amount of death to squeeze into that elusive 3%. To keep Planned Parenthood funded, while supposedly not funding abortions, is not a policy change. It’s exactly what we’re doing now, and look how well that has worked.

Trump’s position on government funding of Planned Parenthood is virtually the opposite of his Republican rivals, who, as Cuomo pointed out, say the organization should first be defunded and then looked at.

Leave it to the fearless Carly Fiorina to call Trump to the carpet:

“Unfortunately, I think Mr. Trump is taking the Democrat Party’s talking points on Planned Parenthood,” Fiorina said in an interview released by CBS News on Wednesday.

“There are many other organizations that exist to help women with their health issues — pap smears, mammograms, et cetera,” added Fiorina, who has climbed in the polls following her widely praised performance at last week’s debate.

“In fact, Planned Parenthood does very few mammograms, just as one example, but what they do is a whole lot of abortions,” she said.

If politicians were drinks, I’m fairly convinced that Donald Trump would be a Molotov Cocktail. He’s self-destructing at mach speed, and will destroy much in the process. This will be quite the test for his dedicated following; will they stand for life, or will they stand for Trump? Or maybe they’ll wait a few days hoping that he’ll change his mind after consulting the Trump campaign policy adviser: his Magic 8 Ball.