Next post
McConnell's Speech Will Be Used Against Republicans In 2022 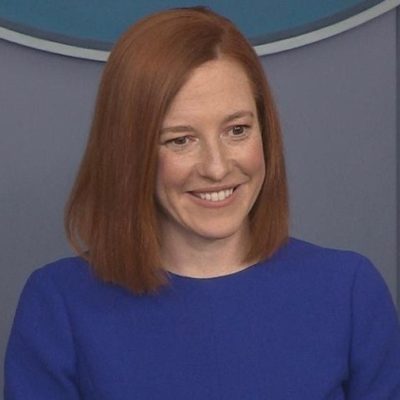 The news came swiftly yesterday afternoon that White House Deputy Press Secretary, TJ Ducklo, resigned from his position after accusations of unethical and inappropriate behavior. Or, was he fired by Jen Psaki?

The colleague was not “fired on the spot“, as our current President, Joe Biden, suggested one would be for unethical behavior. This appointee got a one-week suspension. Until, Vanity Fair broke their story.

During the off-the-record call, Ducklo made derogatory and misogynistic comments, accusing Tara Palmeri of only reporting on his relationship—which, due to the ethics questions that factor into the relationship between a journalist and White House official, falls under the purview of her reporting beat—because she was ‘jealous’ that an unidentified man in the past had ‘wanted to [f***]’ McCammond ‘and not her.’” Ducklo also accused Palmeri of being ‘jealous’ of his relationship with Alexi McCammond.”-Vanity Fair

Okay, let’s back up for a skinny minute here. I want to be sensitive to this as best as I can be because Ducklo has lung cancer. But cancer or not, this is not the decorum of a deputy press secretary in any administration. I mean, throwing his girlfriend in a conversation about another man wanting to have relations with her and not another woman? Tacky. Gauche. Something swamp-like one would come to expect from the sludge of D.C. political reporting.

No words can express my regret, my embarrassment, and my disgust for my behavior. I used language that no women should ever have to hear from anyone, especially in a situation where she was just trying to do her job. It was language that was abhorrent, disrespectful, and unacceptable.

I am devastated to have embarrassed and disappointed my White House colleagues and President Biden, and after a discussion with White House communications leadership tonight, I resigned my position and will not be returning from administrative leave.

I know this was terrible. I know I can’t take it back. But I also know I can learn from it and do better. This incident is not representative of who I am as a person, and I will be determined to earn back the trust of everyone I have let down because of my intolerable actions.”-TJ Ducklo

Let’s review a quick timeline of events here. Alexi McCammond covered the Biden beat for Axios. TJ Ducklo, worked on the Biden campaign. Rumors of the two dating spread in their circles. Tara Palmeri at Politico got wind of this relationship, questioned whether a relationship such as this crosses ethical lines and Ducklo flipped out.

So, what does People magazine do? A story on the romance between TJ Ducklo and Alexi McCammond. The fact that these two have found one another traveling in the same circles in D.C. comes as no surprise. Democrats meet other good Democrats and eventually, perhaps, marry and have good little Democrat children. This is not an outlandish concept at all which begs the question-why would Ducklo go off the deep end and threaten to destroy a female reporter? This from White House Press Secretary, Jen Psaki:

TJ Ducklo has apologized to the reporter, with whom he had a heated conversation about his personal life. He is the first to acknowledge this is not the standard of behavior set out by the President. In addition to his initial apology, he has sent the reporter a personal note expressing his profound regret. With the approval of the White House Chief of Staff, he has been placed on a one-week suspension without pay. In addition, when he returns, he will no longer be assigned to work with any reporters at Politico.”-Jen Psaki

There are lots-and I mean-lots of comments on Twitter and elsewhere excusing Ducklo’s douchey behavior because of his illness. In fact, the comments excusing this behavior are downright shocking. Suddenly, Biden supporters are no longer in the “believe all women” camp and are concerned about how TJ Ducklo is going to finance his cancer treatments? Some are not so sympathetic:

I'm sure that wasn't the first time you told a woman you would destroy her. It's just not something a guy says, only once, especially when it just flies off the cuff like that. I'm a Biden-supporting Democrat, and I'm glad you're leaving the White House.

I’m not joking when I say this: If you’re ever working with me and I hear you treat another with disrespect, talk down to someone, I promise you I will fire you on the spot. On the spot. No if, ands, or buts.

You’re engaged in and you’re working with the most decent government in the world. And we have to restore the soul of this country, and I’m counting on all of you to be part of that.”-President Joe Biden

Nothing says “restoring the soul of this country” like journalists attacking one another, don’t you think? And some of them are far from what I would call decent. I’m not even touching what Joe said about the government being “most decent”. The craziness in all of this? Joe Biden is nowhere to be found this weekend. No word on Trump’s second acquittal. And no, Joe did not fire TJ Ducklo, Jen Psaki apparently did. Which makes us question, who’s in charge here?

Jen Psaki: "We accepted the resignation of TJ Ducklo … We are committed to striving every day to meet the standard set by the President in treating others with dignity and respect, with civility and with a value for others through our words and our actions."

We’re sure Psaki will spin and “circle back around” (it’s what she does) to discuss. Maybe. Ducklo has apologized. Ducklo has resigned only after the proverbial bag of horse dung got thrown around that big ol’ dancing circle and slapped them all in the face. This is not something that happened just yesterday. This has been going back-and-forth for three weeks.

A mistake doesn’t define you. How you learn and recover from them does. This was a real apology. Best wishes.

Ummm, except when your mistake involves telling someone else that you are going to destroy them. Then, your mistake just might define you in order for those in charge to get the optics straight. Something tells me there are a few just like Ducklo still swimming around the swamp.