Don’t Risk Losing the Senate as a Last Stand

Next post
Yes, CNN Did Bury The Hunter Biden Story

Don’t Risk Losing the Senate as a Last Stand 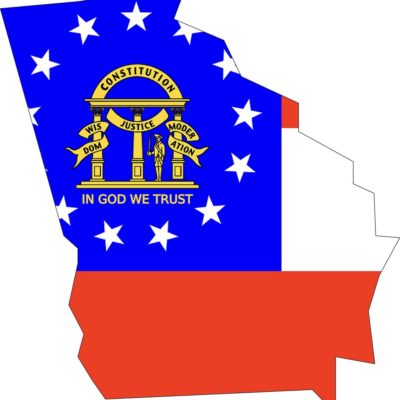 Republicans losing the Senate will embolden Democrats, and endanger the Republic. Ignore the chaos surrounding Lin Wood. Temporarily park the frustration at election irregularities. Focus on keeping the Georgia runoff in the Republican “Win” column. If the Democrats succeed in flipping the Senate, it’s our fault for losing sight of the prize.

There is a battle in Georgia, and reminiscent of its pivotal position in the Civil War, the outcome will have enormous and long lasting consequences for our Republic. The battle is rife with outrageous characters, aggrandizing personalities, claims, and distractions.

The Battle for the Nation is Now

There is no fallacy in saying that Georgia is the last stand in the Republicans battle for the Senate. The current balance is Democrats 48 to Republicans 50, with Georgia’s upcoming special election holding the remaining two seats. Presuming that Biden/Harris ascend into the White House, Harris will be preside over the Senate. As a Democrat she will be the deciding factor in party control over the chamber, and the Majority leadership position.

Most importantly, as AMP Research writes,

But the U.S. Senate still hangs in the balance, a tantalizing prize for Democrats dreaming of a trifecta, and a bulwark against a Democratic agenda for Republicans who seek to hold onto some power under the new Biden Administration that will be sworn in on Jan. 20, 2021.”

The Democrats have signaled that adding seats to the Supreme Court, Medicare for All, Green New Deal, Legalizing Illegal immigrants (DREAMers), and attacks on 2A are on their agenda. As Pelosi said,

I think Joe Biden has a big mandate — a bigger mandate than John F. Kennedy.”

No Nancy, he doesn’t. Thankfully, we know you lost seats in the House and the Blue Wave was barely a ripple. But a Senate win will invigorate the Democrats delusion of a mandate.

Ignore the Noise, or Pay the Price

There is a cacophony of voices, noise, and distraction within the “big tent” of the Republican Party. The three ring circus is working overtime, and when every agenda gets priority it’s easy to overlook the reason we came to the show. Right now the focus is on the personalities behind the push for election integrity, namely Lin Wood’s showmanship at “Stop the Steal” rally in Georgia.

Breitbart News is taking Lin head on after the lawyer suggested that Republicans refrain from voting for the Republican candidates,

They have not earned your vote. Don’t you give it to them. Why would you go back and vote in another rigged election for god’s sake! Fix it! You gotta fix it!”

I understand Lin’s frustration at the voting irregularities and certainly the system needs to be reviewed and better protected from fraud. But not at the cost of the Senate. The only hope for investigating and bringing sunlight to the murky pond is having control of the Senate. Losing it means that for the next two years the Democrats can bury and stomp out all queries into the problem.

And they will do exactly that. Lin is willing to toss out the baby, the water, and the washtub.

Breitbart is adding fuel to the fire by suggesting that Lin is intentionally subverting the Republican chances of winning. Implying that he’s actually a Donkey masquerading as an Elephant.

But maybe it is not so complicated when looking at the voting history and political donation history of the chief instigator of this narrative, Wood. Wood has long supported Democrats in the state of Georgia, and now with U.S. Senate hanging in the balance he has positioned himself as a leading voice of the MAGA movement.”

The Republican movement is seeing a fracture between party loyalists and Trumpicans. Undoubtedly, Trump has a huge swath of supporters within the Republican tent. But they aren’t Republicans so much as MAGA supporters, frustrated with both parties and following a like minded leader who wedged himself into the GOP. Trump supporters are Democrats, Libertarians, Republicans, and Independents. I think Lin Wood falls in this group, and styles himself after Trump (who was a long time Democrat from New York).

1. Breitbart is dishonest. Historically, I am nonpartisan. This year, I was partisan because I love @realDonaldTrump.

But this battle between conservative leaning Breitbart and Lin Wood is a distraction. One that the MSM is going to run with as a highlight of the cracks within the Conservative movement. I have no doubt that MSM will use “Balkanization” no fewer than twice during their reporting on the issue.

Ignore the Twitter battles, the reality TV framing, and the noise.

The Constitution very clearly delineates elections to the discretion of each state. However, the Legislative branch has leverage over the states. It has clearly exercised influence in issues of minimum drinking age, voting age, firearms, abortion, etc. Congress can creatively legislate ways to influence the states election processes, and per the GAO document has done so several times.

Rallies and uprisings are very effective in corralling energy. But it’s an exercise in futility if the energy fails to propel forth someone to represent those voices in the government arena. Perdue and Loeffler are the two people standing between Democrats the their plans for reshaping the Republic. Securing Republican wins is paramount in the goal of election reform. Because as we all know, the Democrats are disinclined to challenge a system that is so helpful to their electoral victories.