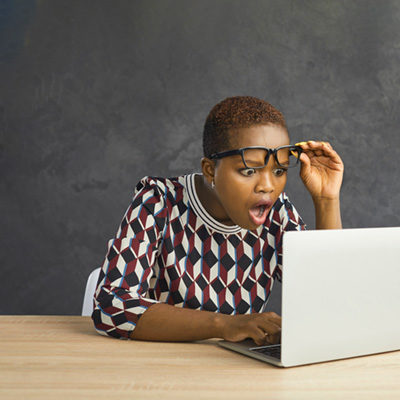 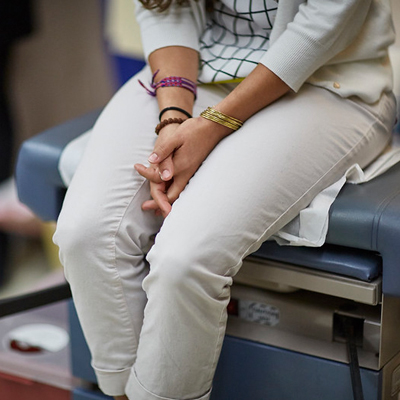 Federal employees already receive generous benefits, including a liberal paid sick leave. But that’s not enough for those working for the Department of Justice. Now DOJ employees are asking the administration to grant leave for out-of-state abortions.

A group called the “Department of Justice Gender Equality Network” (yes, there is such thing) sent a letter to the administration asking them to “swiftly consider” paid leave for out-of-state abortions.

“The DOJ Gender Equality Network is deeply concerned about the ability of hundreds of thousands of federal employees and the family members to access reproductive healthcare because of restrictive state laws that are already, or may soon be, in effect in their states.”

In other words, they want the government to bail them out in case Roe vs. Wade goes south.

The Gender Equality Network finds leave for out-of-state abortions to be akin to granting leave for Covid vaccines. So if the government can give DOJ employees leave to get a jab in the arm, then they should get leave to have something removed from them. Like their unborn babies:

“Likewise, the administration should be able to provide federal workers with a reasonable amount of administrative leave to access reproductive health care for their health, safety and physical and mental well-being.” 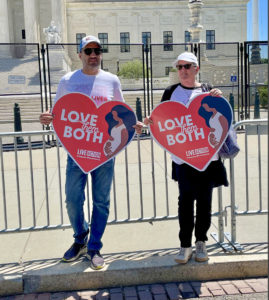 Standing for moms and babies in front of the Supreme Court building. Personal collection.

Keeping Up With Private Business

The DOJ employees point out that lots of private businesses are already providing abortion benefits, and they want a piece of the action, too.

Yelp, for example, had announced last month that it would cover out-of-state abortion travel costs, even before the leaked SCOTUS draft.

Other companies who have said they would cover out-of-state travel for abortions include the following:

In other words, a lot of the usual woke corporate suspects. But let’s not kid ourselves: companies would rather foot the bill for out-of-state abortion travel than lose a female employee to maternity leave. Let’s be honest here — these companies are not being generous.

But the board of directors of the Gender Equality Network says this would put the federal government on a similar footing. Besides, the government is the nation’s largest employer (which in itself is a major problem, but that’s another story):

“Providing employees with administrative leave for travel would put the federal government on a similar footing with large employers throughout the country that are already providing travel assistance to employees who need to cross state lines to obtain reproductive healthcare.”

On top of that, the group also frets that as of now, 150,000 federal employees in Texas and Mississippi already have less access to abortion. Then, after the Supreme Court overturns Roe v. Wade, another 227,000 DOJ employees in 11 other states could lose such access.

It’s panic time. Whatever will women who work for the government do without the ability to kill their unborn babies?

Hold On — What About the Hyde Amendment?

Good question. Won’t the Hyde Amendment keep the federal government from paying for abortion leave? After all, it bans federal funding for abortion, and one could logically conclude that paying for leave so a woman could travel for an abortion might violate the law.

But the Gender Equality Network dismisses that idea. Providing leave. . .

“. . .would not run afoul of the Hyde Amendment, which restricts the use of federal funding in most cases for an abortion procedure itself, but does not impose restrictions on ancillary accommodations.”

Plus, according to New York University School of Law professor Melissa Murray, since no direct money would directly go to abortion, there’s no problem with Hyde.

I don’t know about you, but it seems to me that if we taxpayers are footing the bill for a DOJ employee’s paid leave to get an abortion, then yes, we are paying for her abortion.

So here we are. On Wednesday Joe Biden acted the hero by invoking the Defense Production Act to address the shortage of baby formula. Look, Joe saved babies!

Then on the same day, DOJ employees asked his administration for paid leave so they can kill theirs. How ironic.

Wanna bet that the Biden administration accommodates their demands?