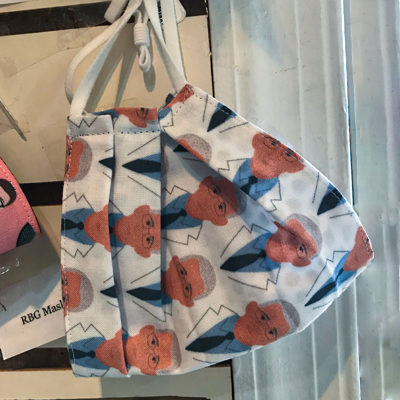 Next post
Memorial for Covid in Biden Inauguration Plans 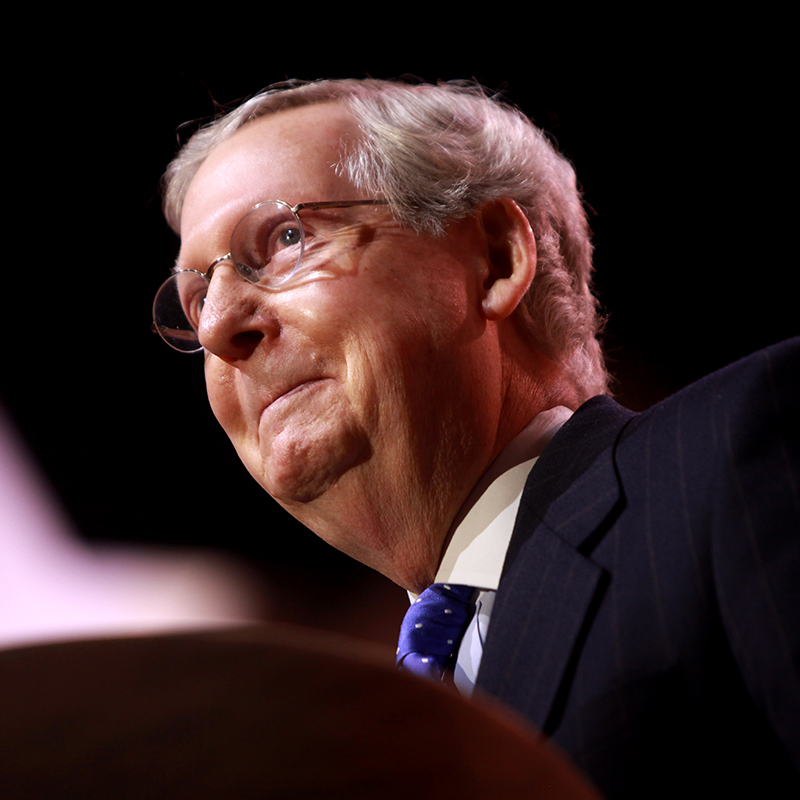 It’s almost like Mitch McConnell is tired of controlling the Senate. In the past days, he’s urged his fellow Republicans not to raise objections to the electors this coming January 6th that, barring some historic bravery and perhaps a miracle, will see the most corrupt, incompetent, and Trojan-horsey candidate take the most powerful seat in the world.

And then came the passing of the worst bill perhaps in U.S. history—veiled in “Covid relief”—that’s stuffed with leftist garbage, cronyism, and massive amounts of wealth redistribution to foreign countries, where it’s destined to fill the pockets of corrupt politicians just like those who voted to send it there.

And as an afterthought in the “Covid Relief Bill,” these same bipartisan Swamp Dwellers apparently remembered what the bill was actually for, and tossed a few hundred bucks to the very people whose lives have been upended, in part thanks to the very same people now tossing appeasement crumbs our way. All while the leftist media machine gushes over how much the Democrats—who suddenly post-election found it necessary to address the crisis (they helped create)—caaaaaaare about us all.

And if that weren’t enough to make Democrats appear heroic and selfless, yesterday Mitch McConnell announced that there was no path forward by which the measly 600 bucks could be increased to a whopping $2,000 in a bill that would do just that. More on that from the Washington Examiner:

[Sen. Josh] Hawley and Sen. Bernie Sanders, a Vermont independent, want the Senate to take up a bill that would boost a new round of stimulus checks from $600 per individual to $2,000. The House passed the bill with the consent of more than 40 Republicans on Monday. The checks were included in a $900 billion COVID-19 aid measure Trump signed into law on Sunday, and now there is a growing effort to increase them.

Majority Leader Mitch McConnell blocked consideration of the legislation and instead introduced a bill that combined the check increase with language Trump is seeking to strip away Big Tech lawsuit protections as well as a provision to create a commission to examine election integrity.

That sounds great, right? We’d get mo’ money, we could sue the snot out of Mark Zuckerberg, and we’d create a (swamp rat-filled) commission that will *wink wink* examine election integrity! Now, aside from the laughable Election Integrity Commission™ Mitch McConnell proposes, raise your hand if you think those who benefit from Big Tech will be voting to reign it in.

Thus, the increase is likely DOA, a giant New Year’s gift for the left.

He makes a good speech. But has he stood when the consequences were dire, like in the face of what looks to me like a stolen election?

Now I’m not an advocate of the federal government doling out our tax dollars in the form of blanket welfare, especially when it’s being sent anywhere and everywhere but to those who generated it—with a few conciliatory crumbs flung our way—and more importantly because printing money is exacerbating the problem and HAVE THEY SEEN THE MOUNTAIN OF DEBT WE’RE DROWNING IN?!

That said: the Democrats are, dare I say, pouncing on the failure of the Republican-controlled Senate to pass the House bill to increase so-called Covid relief funds. Remember, the Democrat-controlled House already passed that stand-alone bill that removed precisely zero pork and increased the price tag.

Why does that matter?

Because there’s an election next week that will decide control of the Senate, and thus control of the futures of every one of us, not to mention those who haven’t yet been born.

And the Democratic Party has not been shy about what it plans to do after—to borrow Chuck Schumer’s own words—it “install[s]” Joe Biden, “take[s]” Georgia, and then “change[s] America.”

So what do the Democrats do?

Well, what they always do: feign empathy and dangle 2,000 carrots before the noses of Georgia voters, promising more money in another round of treasury plunder aid under a potential Biden presidency, in exchange for voting Democrat:

The president’s call for the bill’s relief payments to be increased from $600 to $2,000 gave the Democratic Party a fresh, highly salient wedge issue: According to polling from Data For Progress, roughly four out of five U.S. voters support $2,000…. Congressional Democrats quickly unified behind the proposal, passing an amendment out of the House, and lining up their entire Senate caucus in support. Shortly thereafter, David Perdue and Kelly Loeffler realized that blocking a highly popular policy that Donald Trump demanded was not in their best interests, and declared their uncharacteristic support for spending over $460 billion on unconditional welfare payments.”

In other words: nothing is altruistic with the Democratic Party. It’s all about attaining their goal of permanent one-party rule.

And given that just about everywhere my family traveled last weekend, in two different states, where we saw about 95 percent of shoppers donning face burqas like good little subjects, I’m afraid that far too many Georgia voters may sell their votes, and thus the future of our country, on the promise of a couple thousand bucks from a Barack Obama, er Kamala Harris, er, Joe Biden presidency.

And while living in pure ignorance as to what is actually going on.

Anyone with even a minimal understanding of history knows that just about every communist revolution was birthed from some “emergency” where government—with the cooperation of jack-booted thugs—usurped power and took it upon itself to decide what’s best for its citizens, and compelled them to comply, either by threat of withholding things necessary for survival, or imprisonment, or both, and with the assistance of a propagandistic media. We’re seeing exactly that in states where governors are overstepping their constitutional authority—waves hand—and lawlessly rebuffing court decisions, and where our police are arresting hard-working Americans for the mortal sin of trying to work and feed our families.

So to those whose votes can be bought for a couple thousand greenbacks: should the Democrats—who are no longer Democrats, mind you, but socialists and communists including the two Georgia Democratic candidates—what you’ll soon find is that before long, when those who have usurped power “for our own good” refuse to yield it, those 2,000 dollars will be long gone, and so will your freedoms, and there will be no buying them back.

And violent attacks like this will become more and more commonplace…

Another angle of the riotous youths swarming & attacking a driver in Manhattan after they shut down the road: pic.twitter.com/jovBSudcKf

…as will even more egregious assaults on our constitutional rights like this steaming pile under the lie of “protecting us.”

The truth is this: should the Democrats take control of our U.S. Senate, they’ll stack it with shiny new Democrats from the shiny new states they’ll create and, with the help of a torpedoed filibuster, will run roughshod over all of us and voila: the latest iteration of the most destructive ideology ever to plague our planet.

And there will sit Mitch McConnell, enjoying his six-figure, taxpayer-funded income, bitching and moaning about how terrible Democrats are, and repeating that cycle in 2022, where he’ll once again ask for our votes under the guise of cleaning up the mess he helped Democrats create. **Cough cough ObamaCare**

The question is: How much longer will we keep falling for it?