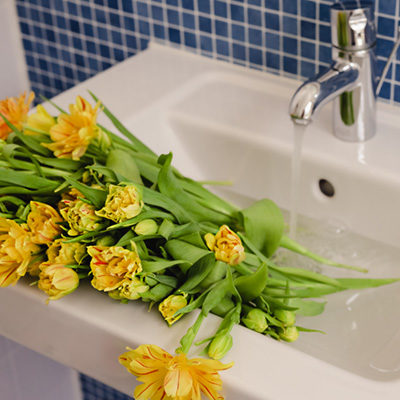 Next post
Biden Only Wants Happy Questions - Thanks Media!

Democrats are really good at gaslighting temper tantrums. Some great ones have been taking place since SCOTUS announced their decision on the Arizona voting rights case.

In a nutshell this case, Brnovich vs Democrat National Committee, was about ensuring illegal ballot harvesting and out-of-precinct voting couldn’t take place. The Democrats wanted anyone to be able to trot into some person’s home and “help” them fill out their ballot. Arizona wanted to, rightly so, limit those people to a family member or a caregiver. Furthermore, Democrats wanted a voter, who is found to be at the wrong precinct, be able to cast their vote anyway. Because, according to the Democrats, if this isn’t allowed to happen it is racist voter suppression!!

The ruling was 6-3 in favor of Arizona. Needless to say, the Democrats…POUNCED with tantrums galore.

First Democrat to do so was Justice Elena Kagan with her 41-page dissent.

Kagan said the court in its 6-3 decision penned by stalwart conservative Justice Samuel Alito gave “a cramped reading” to the “broad language” of the voting law and used that reading to uphold two Arizona voting restrictions “that discriminate against minority voters.”

Kagan argued that “in recent months, state after state has taken up or enacted legislation erecting new barriers to voting” and those laws shorten the time polls are open, imposed new prerequisites to voting by mail, make it harder to register to vote and easier to purge voters from the polls.

Kagan’s so-called “fiery” dissent ignores some very real issues regarding voting today. One, many states are moving to all mail ballots. Therefore, polls open for fewer hours and days? That makes sense because…no one is going to the polls anymore.

Secondly, she ignores the fact that voter rolls DO need to be examined and purged of voters who have…MOVED out of that precinct/county/state, or the voters who have DIED.

Third, what Kagan and all the pouncing Democrats want to have us ignore with their gaslighting tantrum is that they are literally implying that minority voters are too stupid to figure out how to A. find a precinct polling place, B. register to vote, or C. read a ballot, fill it out by themselves, and mail it in.

Yes I know, anyone on CNN is a total Democrat operative. But it’s instructive in that the Democrats wanted the laws, specifically Section 2 to go their way and they could redraft it any way they want. SCOTUS has put the kibosh on that. The Democrat National Committee, in their briefs, complained that Arizona’s voting laws are discriminatory because voting was SO inconvenient. Except it isn’t.

“The present dispute concerns two features of Arizona voting law, which generally makes it quite easy for residents to vote. All Arizonans may vote by mail for 27 days before an election using an ‘early ballot,’” Justice Alito wrote for the majority opinion. “The regulations at issue in this suit govern precinct based election-day voting and early mail-in voting. Voters who choose to vote in person on election day in a county that uses the precinct system must vote in their assigned precincts. If a voter goes to the wrong polling place, poll workers are trained to direct the voter to the right location…In light of the principles set out above, neither Arizona’s out-of-precinct rule nor its ballot-collection law violates [section 2] of the VRA. Arizona’s out-of-precinct rule enforces the requirement that voters who choose to vote in person on election day must do so in their assigned precincts. Having to identify one’s own polling place and then travel there to vote does not exceed the ‘usual burdens of voting.’”

TWENTY SEVEN days of voting in Arizona. Plenty of time for someone who FREELY chooses to vote in an election to  1. Figure out where their polling place is, or 2. Fill out their ballot and send it back in.

I just love how Democrat operatives, such as Tad Devine, are insisting that this will mean MORE voter suppression and that the Republicans are the ones who will and are gaming the system.

MSNBC guest says that the "discriminatory purpose" of Arizona voting laws are "going to be sub rosa, much more subtle than it was in the Jim Crow era. I think this really is a gutting of this landmark civil rights legislation." pic.twitter.com/p0qhwusbzl

America operated for 187 years without providing any real protections for Black people to vote, beyond the good graces of slim white majorities in a few states. Black people didn't win federal protection of their right to vote until 1965. That protection IS ESSENTIAL GONE NOW.

Jim Crow?? Apartheid?! Are you kidding me? This divisive crap needs to stop. But it won’t given Biden has parroted similar talking points over the last six months. Speaking of which, Grandpa Joe is very disappointed in SCOTUS right now.

A couple of thoughts:

1. There is no support for this kind "exception" to voting rules that create desperate racial impacts in the text of the Voting Rights Act

2. MAYBE YOUR ABILITY TO VOTE SHOULDN'T BE CONDITIONED ON HOW WEALTHY YOU ARE OR WHAT KIND OF JOB YOU HAVE

Here’s the full paragraph from the majority opinion. @JuddLegum should delete his tweet & apologize pic.twitter.com/P4UseNtKqt

Yes, Judd Legum cherry-picked info from the decision in order to gaslight those who won’t go read the opinion in it’s entirety. He won’t apologize for that, because that’s how the Democrats roll.

Keep in mind, as Justice Samuel Alito points out in the majority opinion, the original law was set in place at a time when it was mandated that every voter must appear at a polling place to cast their vote, and had very specific rules regarding absentee ballots. That was in 1982.

Now, state election laws have changed significantly and, essentially, are making it much easier those who choose to vote in their local/state/federal elections. Granted, it’s also getting easier to game the system and cause voting irregularities, but that’s what the Democrats want.

The Democrat temper tantrum over SCOTUS decision concerning Arizona is quite something. Especially since it’s the Democrats who don’t and never have cared about election integrity, unless it fits their agenda.