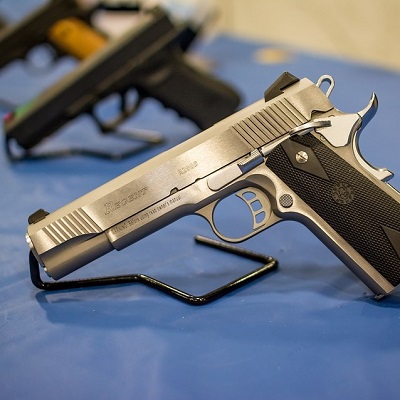 Next post
Democrats Are Stampeding To The 2020 Election Primary 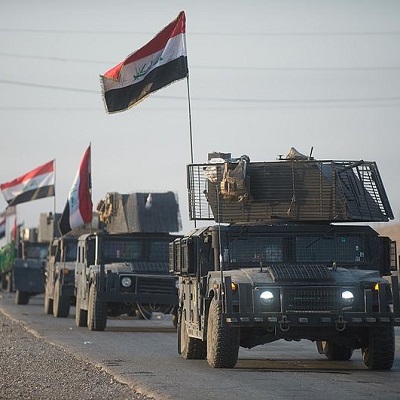 One of their first moves was, of course, to introduce legislation to relieve you of your Second Amendment rights. Giffords, along with Pelosi and crew, have already started pushing a “universal background checks” bill, also known as the “outlaw private transactions between individuals” act. Dianne Feinstein is once again pushing her new “assault” weapons ban – to ensure “that the right to keep and bear arms is not unlimited, and for other purposes,” which highlights that her primary goal is to regulate your rights, rather than any kind of noble, but misguided, gun safety garbage.

But now, Engel plans to shutter a panel singularly devoted to managing US efforts to “coordinate international programs to combat terrorism, as well as oversee nonproliferation matters involving nuclear, chemical, and biological weapons, as well as weapons of mass destruction in general.”

Now, we can debate the need for such a panel and its efficacy in completing its mission in another post – it very well may be that the panel is no longer needed or (knowing Congressional bureaucracy) superfluous and ineffective. My focus is more on the fact that this move confirms that the Democrats couldn’t give a rat’s hairy ass about topics that are actually critical and reflect the real functions of the federal government, such as terrorism – and its intertwined pal border security – but prefer to focus on finally getting even with Trump, on sabotaging Americans’ fundamental rights, and shoring up their illegal alien voting base.

Is international terrorism still a threat?

If you don’t think so, you’re a moron.

An ISIS-linked media post just released an image of the Capitol exploding – just in time for the 116th Congress.

ISIS is still active in Syria, despite having lost the majority of its territory. They are still launching attacks, and they’re funding themselves with the remaining oil infrastructure, theft of oil, extortion, and other “pleasant” activities. And worse yet, they still have a pretty healthy online presence thanks, in part, to the dark web and availability of encrypted messaging apps that help them spread their bile. They don’t need a whole lot of resources to encourage their supporters worldwide to launch attacks against the US – and particularly our infrastructure, which appears to be a new tactic for this year.

Think al-Qa’ida is no longer a threat?

I would encourage you to think again.

The son of Usama bin Laden is still alive and has taken on a leadership role in the terrorist organization.

Earlier this month, The Guardian reported that the 29-year-old Hamza, who has said he wants to avenge his father, is believed to have married the daughter of Mohammed Atta — the Egyptian national who hijacked and flew the first plane into the World Trade Center on Sept. 11, 2001.

The report comes amid growing international concern about the civil war in Yemen between the Saudi-led coalition and the Iran-backed Houthis. Al Qaeda in the Arab Peninsula (AQAP) has gained a foothold in the south of the wartorn country amid the chaos in the country.

Hell, even the hapless UN admits this is a problem!

And what about Ayman al-Zawahiri? The commentary in this CNN video is dead on. Zawahiri may not have the charisma of UBL, but he still has the media presence to encourage attacks and bring jihadists together to wreak havoc.

International terrorism is still a thing, even if the Democrats have conveniently developed a case of amnesia about it.

Foreign fighters returning from the battlefield where they fought for ISIS in Syria and Iraq are threatening a new “wave of terror” in Europe.

“A lot of these are suspected terrorists or those who are linked to terrorist groups as supporters who are facing maybe two to five years in jail. Because they were not convicted of a concrete terrorist attack but only support for terrorist activities, their sentences are perhaps not so heavy.

“In many parts of the world, in Europe but also Asia, this generation of early supporters will be released in the next couple of years, and they may again be part of a terrorist group or those supporting terrorist activities.”

Europe, and particularly France, has had a series of serious Islamist-linked terror attacks since 2014, including the assaults that killed 130 people in Paris in November 2015.

Our interests and Europe’s are inextricably intertwined – from US personnel and facilities, as well as military members, to our economies – with the EU being America’s largest trading partner.

Given the significant role prison radicalization plays in creating a whole world of future terrorists, simply tossing the returning foreign fighters in the pokey probably won’t be an effective solution to the problem, and this is something that a Congressional panel such as the one that’s being nixed by the Democrats could actually engage in and oversee. There are lessons to be learned from our European partners and vice-versa when it comes to fighting homegrown violent extremists, reducing prison radicalization, and combating the threat of returning foreign fighters, but Democrats aren’t interested in this.

They’re more interested in getting their revenge against Trump for defeating Queen Pantsuit von Felon in 2016.

They don’t care about border security – and I’m not talking about the southwest border, which is an almost nonexistent issue when it comes to Islamic extremists trying to enter our country, but has more to do with airport security and other border crossings. Can that Congressional panel address the terrorism/border security problem? I would think so, but it won’t because the Democrats are more interested in Trump.

No matter who holds the gavel, the investigation is certain to start with the question of what, exactly, Trump agreed to in his private meeting with the Russian President, Vladimir Putin, last summer. “It’s been many months since Helsinki, and we still don’t know what Putin and Trump talked about,” Engel said. He also pledged to look at “the business interests of the President” and the extent to which Trump’s financial dealings with places such as Russia and the Middle East have “affected what he’s done in foreign policy.” That will be a big departure for a committee that typically examines policies, not people, and Engel will have to hold off other House committee chairs eager to encroach on what Engel views as Foreign Affairs’ turf. (Democratic sentiment on the Hill is such that “many other committees would love to poach some of our jurisdiction,” he told me.) But a probe of Trump, Inc., given the President’s tendency to conflate his personal interests with the national interest, now seems indispensable to the foreign-policy concerns of the day, whether it’s explaining Trump’s otherwise hard-to-fathom pro-Russia tilt or shedding light on his family’s pursuit of business deals with Middle Eastern figures who are also key to Trump’s geopolitical priorities. It’s “incumbent upon us to look at that,” Engel said.

And we didn’t even mention the evergrowing problem of Iran!

In other words, hang on to your pants, folks, because the Democrats have put the actual, constitutionally mandated functions of the federal government on the backburner in favor of finally getting even with their archenemy.

And frankly, that ain’t good for anyone.