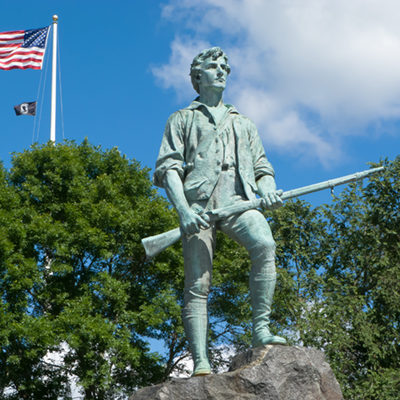 Previous post
Do NOT Judge All Muslims, DO Judge All Republicans 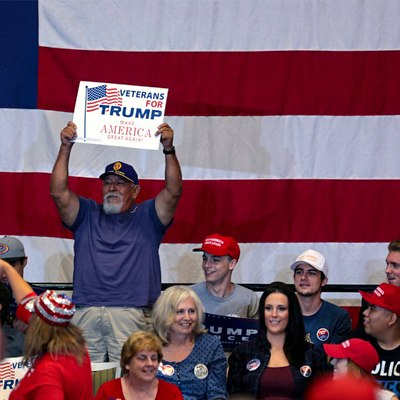 Be careful! That cheery neighbor next door to you may pose a danger that you never expected. Because that nice man or woman might be a MAGA supporting domestic terrorist.

So warns Chicago Tribune columnist Dahleen Glanton. Never mind that gangs overrun parts of her city. It’s the Trump supporters you should worry about.

“One of the most disturbing revelations from last week’s insurrection at the Capitol is that any of us could be living next door to a domestic terrorist.”

“Some of them wear suits. They masquerade as respectable members of our community. They are our neighbors, co-workers and people we might even think are our friends. . . .

But we had no idea how easily some of these people could become terrorists who would carry out an attack on the U.S. Capitol — the sacred symbol of American democracy.”

And just who are these people? To be helpful to her readers, Glanton provides some names. I won’t identify them, but one was the chief executive of a tech firm who lives in an upscale Chicago suburb, in what Glanton smirks is a “very nice house.” He admitted going into the Capitol building, but said “I was in the wrong place at the wrong time and I regret my part in that.”

Another was a real estate agent who didn’t go into the Capitol, but instead posted a selfie of herself standing on the Capitol steps. But she was wearing a Trump knit cap and joked about “storming the Capitol” online. Fear her, good people of Chicago.

Both these people lost their jobs. Plus, both are also . . . you guessed it . . . white. And yes, they made stupid decisions last week. But they’re not domestic terrorists. They’re a danger only to themselves.

However, Dahleen Glanton looking for a race angle comes as no surprise to readers of the Tribune. After all, her Monday column was titled, “White privilege — and the American caste system — were on display during the insurrection.” Race grievance is her M.O.

But perhaps Glanton shouldn’t be pointing fingers at Wypipo who supported Donald Trump. Or even those who attended that infamous rally on January 6, the vast majority of whom never tried to breach the Capitol building.

Maybe she should look at some of the neighborhoods in Chicago, like those on the south and west side where the gangs rule. Where gangbangers even shoot up funerals, like they did in July of 2020.

She should also be more alarmed at Chicago’s homicide rate, especially during 2020. There were nearly 800 killings in the Windy City at the end of the year. Moreover, the overwhelming majority of victims — nearly 80% — were black.

While Glanton gasps over what happened at the Capitol — “the sacred symbol of American democracy” — she forgets how mobs looted and vandalized the Chicago downtown Loop over the summer. Oh wait — those are businesses there. They aren’t a “sacred symbol.” Besides, they have insurance, right? And it’s “reparations.”

Never mind that people have jobs there — that is, those Chicagoans who were able to work during COVID.

Or take the recent carjackings, even in more upscale parts of the city. Or teenagers being charged with shooting victims during robberies. Talk about danger.

Then there’s this: a woman with CA plates crashed her Honda through police barricades at the Chicago Trump Tower on Tuesday. Needless to say, this idiot wasn’t at Trump’s rally in DC last week.

And now, the liberal geniuses in the Illinois General Assembly passed a bill which includes the elimination of cash bail. Gov. J.B. Pritzker is expected to sign it. What could possibly go wrong?

But the real threat are Trump supporters, according to Dahleen Glanton. Beware of them. They are a danger to all Chicagoans.

“Meanwhile, the rest of us will be looking at some of our neighbors with a suspicious eye, wondering if we really know them at all. Unfortunately, that’s the America we’re living in now.”

But when you hate Donald Trump with the heat of a thousand suns, and are obsessed with race grievances to boot, then you’re the hammer. And every white Trump supporter is a nail.