Do NOT Judge All Muslims, DO Judge All Republicans

Next post
Danger! Your Neighbor May Be a Domestic Terrorist

Do NOT Judge All Muslims, DO Judge All Republicans 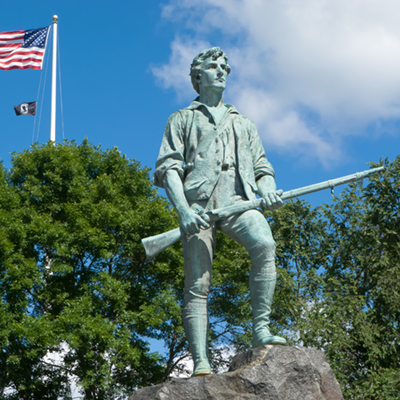 Over the last 19 years since 9/11, with every act of bloody Islamist terrorism our betters in BigGov and BigMedia rushed to tell us that we cannot judge the vast majority of peaceful, law-abiding Muslims based on the horrible actions of a tiny minority, regardless of body count. But a band of several dozen freaks, weirdos and extremists briefly occupy the Capitol and all Republicans, conservatives, minorities, et al, who voted for President Trump are, ipso facto, insurrectionists and traitors.

Hyperbole? Hardly. Members of Congress have every legal right, indeed have the responsibility, to challenge voting irregularities within the Capitol chambers. But not with OrangeManBad. Now Marxists, like congresscritter Cori Bush, demand that those members be removed from Congress …

I believe the Republican members of Congress who have incited this domestic terror attack through their attempts to overturn the election must face consequences. They have broken their sacred Oath of Office.

I will be introducing a resolution calling for their expulsion. pic.twitter.com/JMTlQ4IfnR

Al Gore filed lawsuits challenging hanging chads in 2000. In 2004, Democrats took to the floor to challenge voting irregularities in Ohio …

The objecting Democrats, most of whom are House members, said they wanted to draw attention to the need for aggressive election reform in the wake of what they said were widespread voter problems.

In a letter to congressional leaders Wednesday, members of the group said they would take the action because a new report by Democrats on the House Judiciary Committee found “numerous, serious election irregularities,” particularly in Ohio, that led to “a significant disenfranchisement of voters.”

“How can we possibly tell millions of Americans who registered to vote, who came to the polls in record numbers, particularly our young people … to simply get over it and move on?” Tubbs Jones told reporters.

Today, not only is the disenfranchisement of millions of Trump voters not to be investigated, merely asking tough questions about what our lyin’ eyes saw overnight on Nov 3 is now an act of treason.

Three thousand Americans dead on 9/11/2001 and a Islamist terrorism body count that included Fort Hood, the Boston Marathon bombing and 2015 San Bernardino terrorist attack. Yet no media ran articles on Islamic supremacism, no politician called for Muslims to renounce their core faith, even a growing social media did little to censor speech that excused, downplayed or outright supported this tiny minority. And what was the consequences for Rep. Ilhan Omar, anti-Semite and Muslim, who while speaking to CAIR (unindicted co-conspirators in the Holy Land trial) dismissed 9/11 as Some People Did Something? It was … wait for it … criticism.

Omar wasn’t sanctioned, removed or even sent to interment camp. Indeed, it was a Republican President George W. Bush who, little more than two weeks after the worst attack on American soil, made the clear distinction between the foreign terrorists and Muslims who are American citizens. It was Democrat President Franklin D. Roosevelt, post-Pearl Harbor, who ordered Japanese-American citizens to be removed from society and placed in internment camps.

Makes one wonder what Chuckles Schumer’s plan is when he compares the Village People breach of the Capitol to Pearl Harbor as a “Day of infamy”.

And don’t make the mistake of assuming this is just the usual political hypocrisy that grips Democrats and the Leftwing apparatchiks in BigMedia, BigAcademia and BigTech. This is about a huge consolidation of power to deprive WrongThinkers™ of their Constitutional rights (ala Reichstag Fire Decree). BigTech has been especially busy kicking people out of the virtual public square for not being sufficiently with The Narrative, people are being fired, de-platformed, blacklisted and being doxxed to become targets of the Leftwing brownshirts of Antifa for the sin of supporting President Trump.

How did the Left behave during the last inauguration? How does the Left want Republicans treated?

I doubt this man, who was in a position of influence, is an anomaly. The Left wants you isolated or dead. Never forget that, don’t retreat to being just a Good German American. We used to hold actual perps responsible for their actions and distinguish between them and others who just looked like them.

Now is the time to be involved. Change your local schools or leave them. Get on your local election board. Help the victims of the #cancelculture fight back. Network through your church or temple. Do not cooperate with struggle sessions disguised as Diversity Training at your school or work.

We are under assault from actual authoritarians. Be the Real Resistance. Live up to your American citizenship.