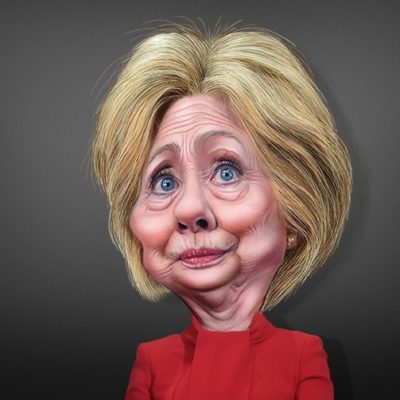 Next post
Hillary Clinton and Her Psychedelic Trip to 2020

Here we go. Opening arguments are beginning today in the Supreme Court on the DACA (Deferred Action for Childhood Arrivals) program that former President Obama willed into being with an executive order.

At the crux of the matter – it’s pretty obvious that Obama’s EO that created DACA runs afoul of immigration law. After all, he specifically said that he couldn’t do it, and then went ahead and did it anyway.

But an EO can be overturned by another EO, or by the courts. It’s not a permanent proclamation from on high that can only be countermanded by the executive who issued it. President Trump ended DACA under his own EO, and the lawfare ensued. Lower federal courts kept trying to reinstate DACA, directly pushing back on executive power. Apparently, executive fiat is okay when it’s something a federal judge agrees with, but not when it’s something they disagree with. (Which, honestly, is why one of President Trump’s biggest unsung successes, with the aid of Senator Mitch McConnell, is quiety getting more Constitutionalist judges approved by the Senate and remaking the face of the “activist” judiciary.)

And that leads to today, with opening oral arguments in front of the Supreme Court.

Key to the case is whether the government provided the proper rationale for ending the program. The liberal justices on the bench suggested the government had not done so — but the key votes could be Chief Justice John Roberts and Brett Kavanaugh, whose position at times seemed sympathetic to the government.”

Justices Elena Kagan, Steven Breyer, Ruth Bader Ginsburg and Sonia Sotomayor pushed the government hard, suggesting the administration had violated the law when it moved to phase out the program because it hadn’t taken into proper consideration how many people, organizations, educational institutions, would be impacted by an abrupt decision. To comply with administrative law, the justices suggested that the government had to provide a more reasoned decision. They questioned the government’s reliance on whether the original program was lawful.”

But Kavanaugh in his questions hinted that he thought the government had ultimately issued a memo — after the decision to terminate was made — that adequately explained its rationale and acknowledged the impact on those who had come to rely on the program. He called it a “considered decision.”

And Roberts noted that similar programs had been struck down by a federal appeals court.”

The initial reaction from the press? It will be a split decision with Roberts as the swing vote.

It looks to me like the Supreme Court is going to uphold the Trump administration's DACA rescission, probably by a 5–4 vote. I think the conservative majority will say that the rescission was handled lawfully, while a few conservative justices will say DACA itself is illegal.

While the left demands that the human cost in ending DACA needs to be recognized, we also need to remember two things.

1) This is Obama’s fault.
The thing about executive orders is that they hang around the necks of the president who issues them, no matter what spin is tried later. Obama owns DACA, and he did it because he wanted an immigration reform, but couldn’t get one passed through a Republican-controlled Congress. (And why was Congress controlled by Republicans? Because he spent his first two years, when Congress was controlled by Democrats, in getting Obamacare passed, and thus spent all his political capital and paid for it in the 2010 midterms.) There were warnings at the time that whatever was done by EO could be undone the same way. Democrats, of course, never considered that for a second. After all, Hillary was supposed to win. Obama claimed it would be temporary. Trump simply did what any other Republican candidate on the 2016 debate stage would have done. The only reason this has been so long and drawn out is because of the continual court battle – which puts the lie to that “temporary” claim.

2) This is Congress’ fault.
If only we had, you know, an elected legislative body at the federal level, who, you know, WOULD ACTUALLY WRITE LAWS. Both parties have kicked the immigration can way down the road because they didn’t want to do the hard work, or be cast as “mean” or “racist” or whatever. President Trump may have undone DACA, but he didn’t get an immigration reform bill passed when the GOP had control over both the House and Senate (because he was working on the tax cuts. It’s almost as if Congress can barely focus on one subject at a time, despite over 500 members). The president has signaled his willingness to work with Democrats on getting immigration reform addressed.

Many of the people in DACA, no longer very young, are far from “angels.” Some are very tough, hardened criminals. President Obama said he had no legal right to sign order, but would anyway. If Supreme Court remedies with overturn, a deal will be made with Dems for them to stay!

The problem now, of course, is that certain cities and states are actively opposing ICE and refusing to work with the feds on even removing criminals. Shuffle a DACA reform bill into that deck of cards and you get one big mess, where law falls silent in the face of activism and feelings.