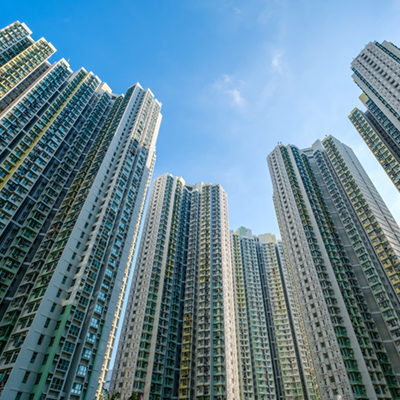 Cuomo Blames Everyone Else For Death By COVID

Next post
Ted Cruz, Naming Names and Protecting the Republic

Cuomo Blames Everyone Else For Death By COVID

Yesterday’s report from New York Attorney General Letitia James kicked the legs out from under the Cuomo administration. It was such a knockout punch that even CNN – yes, CNN! – was forced to cover it.

Not Chris Cuomo, though. That would be asking too much. Instead, Chris Cillizza was the lucky one who had to sit and contemplate if CNN might have oversold the leadership of Andrew Cuomo a bit. Not a lot, mind you, but maybe by a little bit.

It turns out that all the hype obscured a troubling realityhttps://t.co/xNtbXxZpuI

The ratio on that tweet should tell you a lot about how people feel right now. After noting that James is a Democrat, Cillizza then tries to undercut her motives for releasing this report (wait, I believe it is racist to try and prejudge the motives of a black woman who is a Democrat – am I doing this right?)… while also admitting that maybe the media worship of Andrew Cuomo was possibly misplaced.

James’ report significantly complicates any argument that attacks on Cuomo’s handling of Covid-19 in nursing homes are purely partisan. While there could well be politics at work here — Cuomo has made clear he plans to run for a fourth term in 2022, and James may be interested in nudging him to let other ambitious Democrats have a chance — it’s not easy for the governor to simply dismiss this latest report. Cuomo has yet to offer any comment about James’ findings.”

There’s much we still don’t know. But here’s something we do know: Should James’ report be borne out, it would occasion a *serious* (emphasis in original) reexamination of Cuomo’s performance during the height of the Covid-19 pandemic.”

Oh my. CNN might have to *gasp* REEXAMINE Governor Cuomo’s performance if this report is true! They might have to actually *gasp* COMMIT A JOURNALISM and cover someone’s bad actions – and that someone has a “D” after their name!

Well, now we have an official response on record to this report from Andrew Cuomo.

In his first public comments since a scathing attorney general report finding New York Gov. Andrew Cuomo’s administration undercounted nursing home deaths, the governor on Friday argued criticisms of him were a “political attack” that began with the Trump administration.”

“That was mean,” Cuomo said when the federal government blamed New York and other states for the nursing home COVID-19 deaths.”

“Where this starts is frankly a political attack from the prior federal administration and HHS… Michael Caputo,” the Democratic governor continued.”

Say what now? This report came from YOUR state attorney general.

“Everybody did the best they could,” he said. “If you think there was a mistake, then go talk to the federal government,” he said. “It’s not about pointing fingers or blame, this became a political football.”

“The commissioner said no not-for-profit nursing home was forced to take anyone,” he continued. “If they took someone they could not care for, a Covid positive person, they violated the law.”

Ah, the Han Solo/Lando Calrissian “it’s not my fault” defense.

Cuomo insisted that with the new count the numbers did not change, as the total number of fatalities state-wide was not inaccurate.

“Whether a person died in a hospital or died in a nursing home, people died. People died,” Cuomo said. “…The same people are dying today. Ninety-six percent of the people who died are older people with comorbidities, which happens to be the population that lives in nursing homes. It’s continuing today, even with all the testing we’re doing. If you look at New York state, we have a lower percentage of deaths in nursing homes than other states. One-third of all deaths in this nation are in nursing homes.”

So, because New York was honest about the NUMBER of deaths, it should be okay that they fudged the numbers about WHO was dying and WHERE they were meant that they got counted differently.

Yeah, Janice Dean is not amused with Andrew Cuomo’s bullshit defense. Or his whining about how “people want to blame someone.” Yeah, maybe they’re blaming YOU for a reason, Governor Cuomo.

Well so much for responding to the bombshell 76 page AG report from yesterday about nursing homes. He’s still a broken record about blaming everyone else including the old people that died.

His father didn’t die in a nursing home thanks to his son ordering Covid positive patients into their facility. https://t.co/6S4jB4FdOx

Oh, wow, look at all that leadership happening. Maybe Cuomo can write another book about how to not take the blame. I have a feeling he’d be good at it.

Hey, Chris Cillizza! Maybe – just hear me out – MAYBE, just maybe, Andrew Cuomo is a terrible person and a bad governor. Maybe he has reached the zenith of political achievement for himself and CNN, through brother Fredo, simply carried his water until they were forced to pay attention to the dead bodies because they couldn’t ignore Leitita James the way they did Janice Dean. Maybe the mainstrean media not being curious and investigating the deaths happening – because the Cuomo administration made the worst possible decision – was a bad idea. Maybe CNN shouldn’t have let Chris Cuomo interview his own brother for months.

Perhaps, Chris Cillizza, you ought to, um, REEXAMINE your own performance, because Andrew Cuomo has no interest in doing anything but patting himself on the back and pointing the finger at others. Oh, and is it a coincidence that today – just today! – that Cuomo announced that indoor dining can resume in New York City on Valentine’s Day? Is someone trying to push his failures off the front page, I wonder?