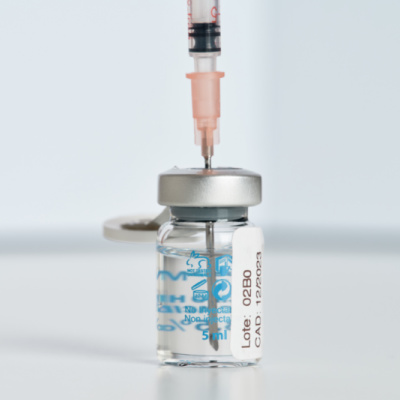 by Toni Williams in politics 23 Comments

A teen boy in Indiana was refused treatment for multiple infections because he was not vaccinated against Covid 19. In the video made by the teen’s mother, it’s not just the denial of treatment but the borderline violent behavior of a medical personnel that is shocking.

Let us stipulate that states mandate vaccines for students attending government schools. Measles, mumps, rubella, diphtheria and tetanus vaccine requirements are a good thing, in my opinion. There should also be exceptions, even with those vaccines. The death rate, before vaccines, for measles was quite high. According to the Centers for Disease Control (CDC):

In 1912, measles became a nationally notifiable disease in the United States, requiring U.S. healthcare providers and laboratories to report all diagnosed cases. In the first decade of reporting, an average of 6,000 measles-related deaths were reported each year.

In the decade before 1963 when a vaccine became available, nearly all children got measles by the time they were 15 years of age. It is estimated 3 to 4 million people in the United States were infected each year. Also each year, among reported cases, an estimated 400 to 500 people died, 48,000 were hospitalized, and 1,000 suffered encephalitis (swelling of the brain) from measles.

On the other hand, the death rate from Covid for teens 15-19 is .00049, according to the Kaiser Family Foundation. When one takes into account the lack of reliable data regarding long term effects of the mRNA jabs, we could understand parents who thought 100 or more times before jabbing their teens. There is also the fear of myocarditis:

Federal health officials have verified 226 cases of myocarditis or pericarditis in people ages 30 and younger who have received an mRNA COVID-19 vaccine and are investigating about 250 more reports.

While rare, the rates for ages 16-24 following a second dose are above what is expected, prompting an emergency meeting of the Centers for Disease Control and Prevention’s (CDC’s) Advisory Committee on Immunization Practices (ACIP) next week.

Teens and children are not good spreaders of the Covid. The have a very, very low death rate. So, parents could be forgiven for casting a gimlet eye at a vaccine that could put their teen out of commission for three to six months and whose long term effects have not begun to be studied.

When our children are sick, mothers (fathers, too) turn into vicious beasts with killing claws. Don’t get in our way, because we will cut you. You may not even know when we will take our revenge on you or how. Case in point is the Indiana teen boy who was denied treatment for multiple infections. I got this story from Defiant America.

The mother, in this case, brings her teen boy in to be checked because he is not feeling well. The young man looks athletic. What we don’t see before the mother starts filming is that the Nurse Practitioner has already diagnosed the teen with sinusitis, an ear infection and bronchitis. Then, because the teen has not been vaccinated for Covid, the Nurse Practitioner refuses to prescribe antibiotics. That is when the mother starts filming. This is short. Don’t miss a second:

Cray cray. Give the kid some antibiotics for goodness sake.
Nurse “Karen” at RediMed in Fort Wayne grabs the mom’s phone.

Wake up people. Not about healthcare.
Has anyone told this her what’s coming? pic.twitter.com/zh1FhByGKU

Now go back and watch that again.

Having had a teenage son, I know that my son would be saying, “Mom, Mom”, too. I feel for the kid. But that Nurse Practitioner is one sick twisted Nurse Practitioner Karen Ratched. How inhuman can one person be? Don’t answer that. I know. The hatefilled Leftists have been “othering” the unvaccinated for months. This is the logical outcome of this othering. This woman has already diagnosed the young man. She is refusing to prescribe antibiotics. That is some sick shite.

Let’s watch it one more time:

When NP Ratched tried to grab the Mom’s phone, I gasped. That’s some crust. Power drunk Ratched there. I understand why the mother didn’t bite off Ratched’s hand, her son’s prescriptions were more important. Yes, Ratched go call security.

In case you are interested, this power mad woman works at the RediMed in Fort Wayne, Indiana.

We used to believe in our medical professionals. We used to have faith in them. We believed their Hippocratic Oath. Everything has been politicized.

Nurse Practitioner Ratched let down her patient and her profession. Her license should be cancelled.