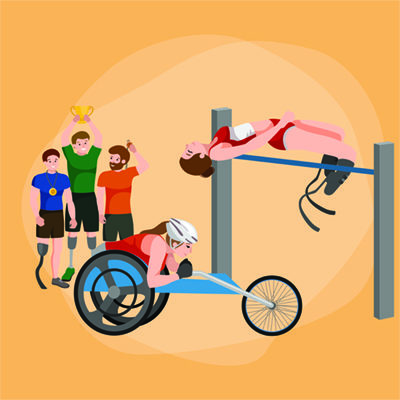 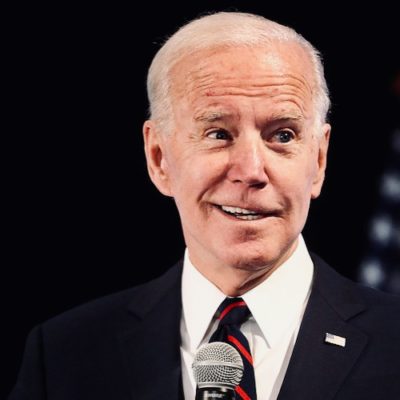 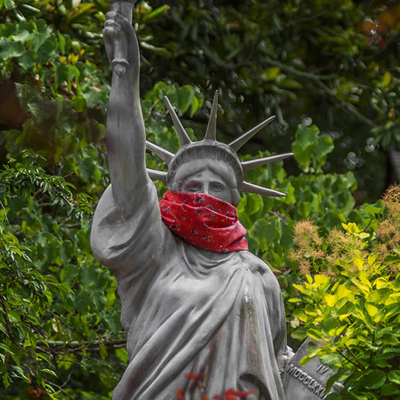 COVID may have thrown the nation for a loop last year, but you’d think the picture would be looking a bit more rosy about now, especially since we have vaccines. However, that’s not the case with the Biden administration. It seems they want to keep the misery going.

Take, for instance, the news about possible travel restrictions — not internationally, but here in the U.S. The administration says they’re not targeting any one state. Right.

Florida has about one-third of the cases of B.1.1.7. — the new U.K. COVID variant — which has recently appeared. Meanwhile, Republican Gov. Ron DeSantis has kept Florida’s economy open, which has drawn criticism from liberals and some health experts. However, if Biden’s crew has its way, Florida may be shut down again.

Yet they’re not targeting any one state, they say. Said one White House official:

“But we’re having conversations about anything that would help mitigate spread.”

Nice state ya got here, Ron. Be a shame if anything was ta happen to it.

And even if the Biden gang allows Americans to fly domestically, they just might have to get a COVID test before they board. Transportation Secretary Pete Buttigieg — whose experience extends to building roundabouts and expanding downtown biking in South Bend, IN — is considering that very idea. Because. . . science!

“There’s an active conversation with the CDC right now. What I can tell you is, it’s going to be guided by data, by science, by medicine, and by the input of the people who are actually going to have to carry this out.”

As for the airlines — the “people who are actually going to have to carry this out” — they’re flatly opposed to the idea. They point out that the risk of COVID transmission on airlines is already low. A coalition of travel industry officials also wrote:

“Instituting a travel ban, or any restriction of movement between the states, would be an outrageous, authoritarian move that has no basis in law or science.”

If this SOB causes my husband to not be able to travel for his LIFE SAVING cancer treatment, I will find a way to sue.

Remember back with March when President Trump was considering a quarantine of New York, New Jersey, and parts of Connecticut? NY Gov. Andrew Cuomo fumed that it would be a “federal declaration of war.”

Well, that was then, apparently. In the end Trump merely issued a “strong travel advisory,” anyway.

Meanwhile, the Biden administration is allowing people to enter the U.S. more freely. Not only did Joe Biden sign executive orders to stop building the southern wall, he also is putting a halt to the Migrant Protection Protocol. The MPP program made asylum seekers wait in Mexico until their cases were decided. But now “catch-and-release” will be the order of the day.

Apparently the ability of non-Americans to travel into the U.S. is more important than the rights of its citizens to travel domestically.

Remember how Joe Biden promised to have schools opened by Day 100 of his administration? Well, there are qualifiers to that promise. About 50% of schools will be open at least one day per week. So there will be “some teaching in classrooms.”

Whoopee! Time for parents to do their Happy Dance!

So “mostly closed” is the left’s newspeak for “open”. https://t.co/AtanQDyDk8

Except for working parents, maybe not so much.

However, teachers’ unions are still dragging their feet. While Chicago teachers will be returning to the classroom — begrudgingly, I might add — San Francisco public school kids probably won’t be returning for the rest of the year.

Meanwhile, Catholic schools, like the one which my grandson attends, have been operating all year and beating COVID. Go figure.

Now the CDC wants us to wear two masks, as announced on Wednesday. Double-masking gives you more protection against COVID. Not only that, but make sure you get a mask with a nose wire and use a mask fitter or brace to keep the air from leaking out.

But don’t use two disposable masks together, says the CDC.

“Disposable masks are not designed to fit tightly and wearing more than one will not improve fit.”

What the news media doesn’t tell us, however, is that deep in their recommendations, the CDC warns about double-masking, and that it may not work for “real world” settings:

I’m waiting for the media to recommend that we wear tightly fitting plastic bags over our heads.

But hold on — weren’t vaccines supposed to usher in the end of the COVID era? Apparently not. You see, it was President Trump’s Operation Warp Speed that brought us the Pfizer and Moderna vaccines in record time. Now second-generation COVID vaccines are coming along.

Doesn’t it seem instead that the Biden administration would rather make Americans suffer than to give Trump any credit?

Or is there something even darker here: that travel restrictions, continued school closures, and draconian masking recommendations are ways to keep us controlled?

Last month I had the privilege of hearing Michael Austin, an economist at the Kansas Policy Institute, speak on “Pandemics and Policy.” Government, he said, tells us to “trust the science,” but this is what really happens:

“The call to Trust the Science isn’t a call for society to adapt to new information. It’s a shield to never openly discuss why government officials are in favor of some outcomes over others.”