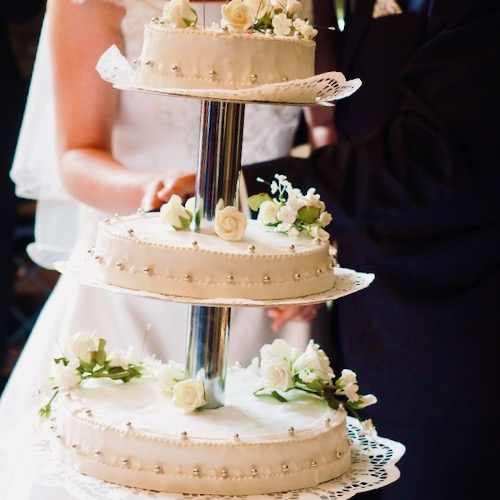 Bake the cake! That’s the ruling from a Denver judge yesterday regarding Masterpiece Cakeshop and owner Jack Phillips.

Colorado court just ruled that Jack Phillips has to create cakes celebrating sex reassignment. @AllianceDefends is on it: "The harassment of people like Jack and Barronelle has been occurring for nearly a decade and must stop. We will appeal this decision" https://t.co/hlqPpHvYmI

According to Denver District Court Judge A. Bruce Jones, Jack Phillips can be compelled by law to go against his conscience and beliefs to bake the cake the customer demands.

In Tuesday’s ruling, Denver District Judge A. Bruce Jones said Autumn Scardina was denied a cake that was blue on the outside and pink on the inside to celebrate her gender transition on her birthday because of her transgender status in violation of the law. While Jack Phillips said he could not make the cake because of its message, Jones said the case was about a refusal to sell a product, not compelled speech.

He pointed out that Phillips testified during a trial in March that he did not think someone could change their gender and he would not celebrate “somebody who thinks that they can.”

“The anti-discrimination laws are intended to ensure that members of our society who have historically been treated unfairly, who have been deprived of even the every-day right to access businesses to buy products, are no longer treated as ‘others,‘” Jones wrote.

There is OH SO MUCH WRONG with this judge’s ruling!

First of all, Autumn Scardina deliberately sought Jack Phillips out. It is no coincidence that Scardina went to Jack Phillips business the very afternoon after the United States Supreme Court announced it would hear Phillips’ appeal.

Scardina wanted, no demanded, that Jack Phillips make a specific gender transition cake. He refused to do so and, as he’s done before, offered an alternative. Scardina refused. But THEN called back and demanded he bake the cake that shows Satan smoking a joint. Phillips again refused to do so. Scardina complained to the state civil rights commission.

It’s not clear exactly why Ms. Scardina wanted a cake featuring Satan, apart from provoking him. When asked why she ordered the Satan cake, she said she wanted to believe Mr. Phillips was a “good person” and hoped to persuade him to see the “errors of his thinking.” That’s some deal for someone you say is a “good person”: Change your thinking or I will try to ruin you.

But according to Jones, Scardina’s request/demand of Jack Phillips was not a set up.

And that, my friends, is a boatload of horseshit.

First of all, Colorado’s Civil Rights Commission got smacked down hard by SCOTUS on the case. Secondly, even though Jack Phillips was handed a victory, the lawsuit by Scardina was allowed to proceed. Which, as is publicly known, Scardina did deliberately target Jack Phillips, and an activist judge bought into it.

According to those who want Jack Phillips and Masterpiece Cakeshop permanently shut down, it’s perfectly alright to demand that a business cave to THEIR beliefs, yet said business must not ever be allowed to have a differing opinion.

If Jack Phillips had truly found anyone within the LGBTQ community objectionable, he would’ve refused to serve them…period. Instead when provided with their demand, he provided alternatives. He didn’t walk them out the door and refuse to give them anything. Nope, he just refused to abandon his beliefs and his conscience.

Yet what Scardina wants, and Judge Jones is now attempting to mandate, is that Jack Phillips to speak against his beliefs or, if he refuses, have his business permanently shut down.

“But asking me to draw on my creativity to communicate a message I believe is wrong? That’s asking me to stop being me. To change my own relationship with the Lord. To deny the deepest convictions of my heart, and pretend I haven’t learned the most difficult lessons of my life, or that they don’t matter. That’s not something any person has the right to ask of another. Or a command any government has the right to force one of its citizens to obey.”

That’s the key. Scardina is demanding that Jack Phillips give up his OWN right to freedom of speech, while expecting that she and her partner get to have free rein to target businesses without consequences.

What is the obsession with forcing this one business into doing something he doesn’t want to do? The people who can’t let this go have no idea how mentally unstable they are.

Scardina doesn’t like Jack Phillips. Therefore, his freedom of speech and his conscience must be shut down. An activist judge bought into their schtick and ignored the Constitution.

Let us hope that the United States Supreme Court (and yes, this case is once again headed that way), will err on the side of Jack Phillips’ freedom of speech.

Feature Photo Credit: wedding cake with bride and groom by Hans via Pixabay, cropped and modified