Previous post
Franken: "Ashamed and Embarrassed" But Back to Work Today 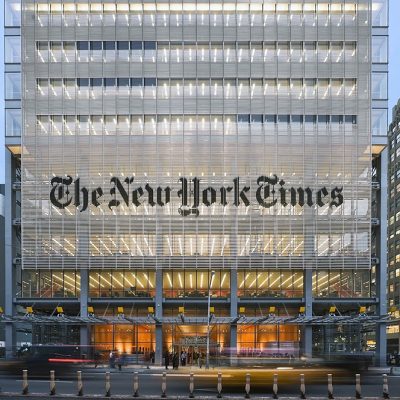 It took until Sunday morning, but John Conyers finally accepted responsibility for his actions and… stepped aside as Ranking Member of the House Judiciary Committee.

What, you actually thought he would resign? Not with Nancy Pelosi covering for him!

After careful consideration and in light of the attention drawn by recent allegations made against me, I have notified the Democratic Leader of my request to step aside as Ranking Member of the House Judiciary Committee during the investigation of these matters.

Oh, but you see, this is all just a “vast right-wing conspiracy” to undermine him, and all the important work that Conyers still has to do.

I deny these allegations, many of which were raised by documents reportedly paid for by a partisan alt-right blogger. I very much look forward to vindicating myself and my family before the House Committee on Ethics.

Hmmm, where have I heard this excuse before…

And yes, Conyers is blaming that noted alt-right website, BuzzFeed, for running the story.

Conyers using fact that docs came from alt-right conspiracy theorist with a history of lies and, er, bizarre comments about rape to undermine the case against him. But there is NO evidence the docs are anything but legitimate, per @Buzzfeed, which broke the story. https://t.co/pq2xFOl5cI

He’s trying to discredit the documents because it was @Cernovich that got them. It exactly why he gave the documents to @BuzzFeedNews, he knew Conyers would pull this crap.

As those who will read Buzzfeed’s original post will recall…

The documents were first provided to BuzzFeed News by Mike Cernovich, the men’s rights figure turned pro-Trump media activist who propagated a number of false conspiracy theories including the “Pizzagate” conspiracy. Cernovich said he gave the documents to BuzzFeed News for vetting and further reporting, and because he said if he published them himself, Democrats and congressional leaders would “try to discredit the story by attacking the messenger.” He provided them without conditions. BuzzFeed News independently confirmed the authenticity of the documents with four people directly involved with the case, including the accuser.

To be clear, I would like very much to remain as Ranking Member. There is still much work to be done on core concerns like securing civil rights, enacting meaningful criminal justice reform, and protecting access to the ballot box.

But I have come to believe that my presence as Ranking Member on the Committee would not serve these efforts while the Ethics Committee investigation is pending.

I am grateful to my colleagues who have called for due process before weighing judgment. I would urge them to continue to do so for any Member accused of wrongdoing. Basic fairness requires no less.

Because now due process is more important than believing victims. Even those who initially wanted to change the system…

… are having a problem.

Jackie Speier stops short of calling for John Conyers to resign: "I don't think we know" if accusations are true https://t.co/1rTqsRjg9P pic.twitter.com/2pVyvqmcXz

The only takeaway from Rep. Jackie Speier’s comments is that she really must not like Al Franken.

Bravo Leeann! Your courage is commendable and I have no doubt you will be a comfort and inspiration to countless people who have suffered the same indignities. I'm also very touched, and honored, if my story helped you in anyway. #MeToo #MeTooCongress https://t.co/h0w9XoKQdT

Borrowing an excuse from Hillary Clinton isn’t going to save Conyers, but his colleagues in Congress probably will. Odds are that he will get his hands slapped with a minor ethics violation, and the Democrats will then patiently sit back and wait for the 88 year old congressman to either fade away or die in office. While Conyers might avoid resigning, his legacy might be that he actually created bipartisan reform to the Office of Compliance. Of course, all past sins might be swept under the rug and covered up.

In the House, a bipartisan group of lawmakers, led by Representative Jackie Speier, Democrat of California, and Representative Barbara Comstock, Republican of Virginia, is pushing for legislation that would require claims to be handled in public. In the Senate, Senator Kirstin Gillibrand, Democrat of New York, has put forth similar legislation.

“It was a system set up in 1995 to protect the harasser,” Ms. Speier said on the ABC program “This Week,” adding, “We say zero tolerance, but I don’t believe that we put our money where our mouths are.”

One major question, however, is whether the Speier-Comstock legislation should apply retroactively, meaning that those who have paid past settlements would now be identified. The legislation would cover any settlement reached since the beginning of this year.

Wait, what? Why only the beginning of THIS year?

Ignore the old guy in the room who walks around in his underwear. We’re totally serious about revealing how taxpayer money is spent in paying off victims, starting…. NOW!