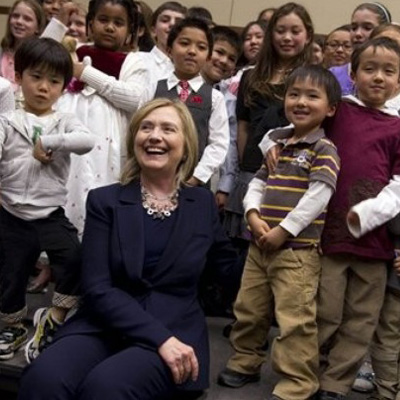 Previous post
Hillary Shares Atrocious Video, Because All Your Children Are Belong to Her [VIDEO]

Comey Speech At Howard University Gets Heckled, Democrats Reaping What They Have Sown [VIDEO]

Next post
Aaron Hernandez's Short Life and Miserable Death from CTE. Is the NFL Responsible? [VIDEO]

Comey Speech At Howard University Gets Heckled, Democrats Reaping What They Have Sown [VIDEO] 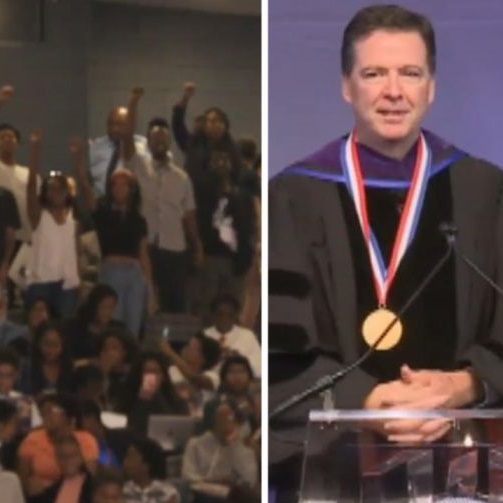 The left has been told that the “heckler’s veto” is a legitimate way of shutting down speech. College students have taken this to heart. In a recently released study from the Brookings Institution, 51% of college students believe that “disrupt(ing) the speech by loudly and repeatedly shouting so that the audience cannot hear the speaker” is an acceptable action.

And now it’s coming around to bite the Democrats in the butt.

On Monday, Nancy Pelosi – yes, Nancy Pelosi! – was heckled and drowned out by “Dreamers.” Let’s go to the video tape.

I’m sure Pelosi never thought the heckler’s veto would be used on her.

There is not enough popcorn in the world https://t.co/S5WMymtw8C

You know it's bad when Nancy Pelosi isn't left enough.

And now, a much less popular political figure on the left, James Comey, has gotten shouted down during a speech he was attempting to give at convocation this morning at Howard University.

Comey is supposed to be giving the convocation address at Howard but he's been interrupted by protesters for 5+ mins https://t.co/sR6MwdivTk

He barely got the “thank you” out before the yelling began. And it just kept going while he attempted to give the speech.

JUST NOW: Howard University students chant "Get out James Comey, you ain't my homie!" before his keynote address. pic.twitter.com/NosMrO49jF

Oh, and the university tried to stop them. But since they failed to teach the students about the free exchange of ideas on a college campus, they also failed to convince the students that there might be another point of view to consider.

University officials repeatedly and unsuccessfully sought to convince the protesters to let Comey speak, telling them to “be better than this’’ and allow for an open debate of ideas. In response, the protesters chanted: “White supremacy is not a debate.’’

Comey, wearing black academic robes, sought to get the attention of the crowd, to no avail.

“I’m only going to speak for 12 minutes,’’ he said, joking that if the protesters kept it up they were all going to be late for lunch.

“I love the enthusiasm of the young folks, I just wish they would understand what a conversation is,’’ said Comey, trying to speak above the interruptions of the protesters.

At one point, university professor Bernard Richardson sought to quell the protest, saying, “That’s not the Howard University way.’’

Oh, but it is now, Professor – because you haven’t taught them any differently. Congratulations, Democrats and the left. You have sown, and now you shall reap. The mob is coming for your speech, too.