Previous post
Show Us The Money: $1 Billion Spent In Afghanistan Since 2021 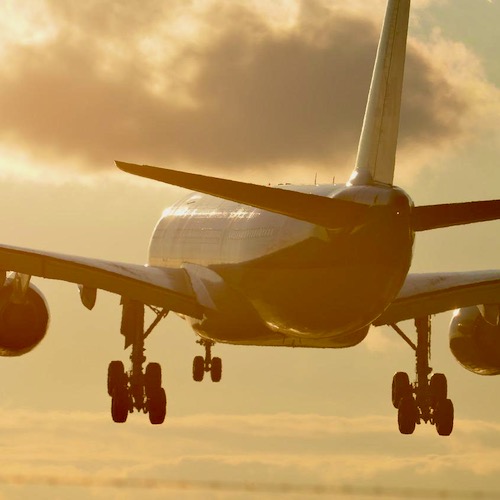 According to world leaders and authorities, Climate Change is very real. If our “betters” do not meet to discuss this “very real” climate change, our world will burn around us. In fact, it already is.

Which is why elites from around the world met in Egypt at COP27 to discuss alternatives to the self-centered, gluttonous practices of the peasants. Namely, fuel-powered vehicles and airplanes. In a meeting that could have easily been done via ZOOM call to save carbon emissions, our climate change betters ate up jet fuel in the comfort of their 400 private jets.

After all, the world is not burning yet.

The world's elite have arrived at #COP27 on hundreds of private jets to lecture you about climate change. Sponsored by Coca-Cola. pic.twitter.com/fR4rqxL1nP

I know what those who follow the gospel of climate change will say. “But you burn more fuel by driving your car every day, ” is one quip. Another, “air traffic and travel is heavy every day”. Meh. Riddle me this: How many seats are on an Airbus A380? Try roughly 544. How many are on a Boeing 777? Anywhere between 320-394 seats.

However, we cannot expect our climate leaders of the world to rough it with the commoners on a commercial airline, now can we? It is a lonnnnng flight for some of these folks and they need to be on their A-game for COP27. One cannot expect John Kerry to ride with the peasants in coach. He’s gotta be fresh to pitch a new climate change pyramid scheme to his elitist peers who’ve also flown in on their private jets. Extracting money from the serfs on “clean energy” incentives is serious business and involves a flight over the Atlantic where one could recline the seat back all the way and stretch his legs. Right, John?

And while climate change elites lecture us about eating beef and farting cows, guess what was on the menu at COP27? Beef medallions or marinated grilled beef with potatoes. Sounds downright delicious. My guess is that the chefs at COP27 were not serving up Bill Gates’ synthetic beef.

Oh, and let’s not forget the fancy, bottomless cocktails they were sipping with that steak. Because washing down your falafel with a nice Pappy Van Winkle is, well, not the same thing.

And we all know how hot it is in Egypt. We have 400 private jets, gourmet meals featuring beef from farting cows and Atlantic-caught salmon and temperatures in the cool mid-60s:

German reporters have also claimed that the compound hosting the summit has been blasting the air conditioning so cold that people were bundling up with scarves and other winter accoutrements.”-Kurt Zindulka, Breitbart

Then, of course came the COP27 logistical nightmares to include bad signage, raw sewage due to bursting pipes (not an environmental hazard, though), and restrooms running out of toilet paper. Let’s take a stab at this and venture to guess that Joe Biden had enough TP to wipe his ass. Just kidding. We know his aides or Dr. Jill has to do that for him.

Speaking of Biden, isn’t he now extending the COVID-19 health emergency until April, 2023? How many attendees from around the world were at COP27 to fight climate change? Funny how that works. Nobody is afraid of spreading the virus in the name of climate change. But, don’t you dare go see your grandma! Don’t dare have live in-person classes and teach kids to read! Again. This should have been conducted via a ZOOM meeting.

But fret not, fellow global citizens. The climate change, private jet frequent flyers’ club has plans for you.

Humanity has a choice: cooperate or perish.”-UN chief Antonio Guterres

You WILL buy $50,000-electric vehicles by 2035. You WILL eat synthetic beef and like it. You WILL NOT hop on a Boeing 737 to see your family who lives clear across the country. You WILL put the commercial airline industry out of business. You WILL be taxed into oblivion. You WILL listen to your “betters”. They deserve to fly across the world in private jets and dine on gourmet meals. They are doing it for you. Comply or else they will stick a petulant, brainwashed child in your face on the TV and have her yell “HOW DARE YOU” at the top of her lungs.

The real environmental disaster that armchair climate change activists ignore is all of the hot air coming from the mouths of these hypocrites. But, as they say, our world is burning. Peasants, it’s time to go wheels-up (and middle fingers up, too)! Flight attendants, prepare doors for departure and cross check.