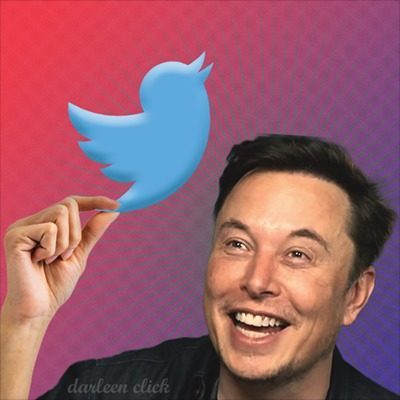 Next post
Elon Musk's Most Epic Troll Yet: No Free Lunches

Well, friends, it has been quite the week and certainly not anything we expected. It’s a bit harsh this Sunday to look back over the week without a wince or three. But let’s look at it and a few things that may have gotten overlooked. Oh yes, and I’m not skimping on the champagne [slides flute over to you] I won’t let that get empty.

The erasure of women continues afoot

It’s not like they even try to hide their contempt of women anymore.

A trans-identified male has become the first transgender titleholder within the Miss America Organization after being crowned Miss Greater Derry 2023 in a beauty pageant Sunday in New Hampshire.

As the winner of Sunday night’s pageant, Brían Nguyen will be the recipient of the Miss Greater Derry Scholarship award along with the crown and title.

A biological male won “Miss Greater Derry” which is a beauty pageant in New Hampshire under the “Miss America” organization. pic.twitter.com/aME4Gd4bhm

An obvious (and obese) male in drag not only wins a female beauty pageant but deprives a young woman of the $7,500 scholarship that came with the title. This is virtue-signaling at its most toxic as you can see not one of the actual women in the picture is more than a couple extra mille-feuilles over-weight. Sadly, those smiling female faces should be wearing handmaid caps, not tiaras.

Queering the medical profession for fun and profit

It was just over a month ago I wrote on how California’s Gov. Hairgel signed a law that legalizes child trafficking by way of trans-cultism.

Since the law forbids all healthcare organizations and doctors from releasing any information related to “gender affirming” drugs or procedures on children to their parents, even under a court-issued subpoena, a child anywhere in this country can, via telehealth, get a prescription for hormones on the downlow.

Medical professionals are prescribing cross-sex drugs to patients without in-person evaluations through several telehealth companies that boast of fast and easy access to hormonal drugs and other transgender-related care. (snip)

The transgender medical company Plume offers online appointments for individuals seeking cross-sex hormones and advertises that most patients get their drugs sent to a pharmacy the day of their appointment. Plume also offers medical letters of support, which can be used to obtain cross-sex surgeries and to persuade insurance companies to cover gender-related procedures.

How sad in an age where there is so much the medical community does to cure and correct disease or injury, there are too many people who are the bastard offspring of Gosnell and Mengele.

Wonder who is it that figured Barry just wasn’t getting enough attention lately?

The construction team building the future Obama Presidential Center alleged this week that workers found a noose at the work site.

Lakeside Alliance — a joint venture of construction companies formed specifically for the presidential center — announced Thursday that it was suspending work at the site due to the incident.

Cue the obligatory public lamentations, garment rending, and promises to drag every worker within a 10-block radius into anti-bias training.

Oh darlings, wouldn’t it be delicious to find out just who will be paid the big bucks to conduct these struggle sessions? Cuz —

Asked for an image of the rope, a Chicago Police Department spokesperson said the department has “nothing to provide at this point.”

Oops! I almost snorted my champagne.

Racist and sexist is no way to go through life, Stacey

Shocking bias from President of Earth.

Stacey Abrams explaining her poll numbers: "Unfortunately, this year, black men have been a very targeted population for misinformation. Not misinformation about what they want but about why they want what they deserve." pic.twitter.com/HhPxK0vVgj

Shape up, men of extra melanin, Stacey will do your thinking for you.

Not all is doom-n-gloom, even as the late Mayor Richard Daley is dancing a jig in hell over Democrat gaming of the election process. While Biden’s carbuncle in the DOJ has yet to prosecute one illegal protestor at the private residences of non-left SCOTUS judges, ACB and Alito were warmly honored on Friday.

Justice Amy Coney Barrett spoke at the Federalist Society’s 40th-anniversary gala Thursday evening in Washington, DC. She received a standing ovation and applause at the speaking event. Justice Samuel Alito received an extra standing ovation. Both justices have certainly earned acknowledgment for their dedicated work to honor the Constitution.

Let’s not beat each other up over this election. It’s hard for conservatives and libertarians to approach politics in the same manner as Leftists. But we may have to go against our own nature to save the nation. But today? Time for rest, reflection, disengagement …

… and more champagne and desserts!

Do look forward to Thanksgiving (and don’t invite the gloaters). See you next Sunday!