Next post
Paladin’s AMERICAN GOMORRAH ™ -- “In the name of God, go!” Edition 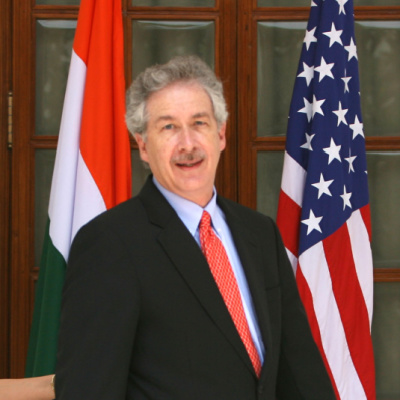 William J. Burns, the Biden nominee for CIA Director, testified before the Senate Select Intelligence Committee that will recommend his confirmation before the full Senate. To say that he is getting kid glove treatment is a galactic understatement. It wouldn’t be amiss to say that they are giving him a tongue bath.

William Burns does not have a background with the CIA. His 30+ year career was spent in the diplomatic world. His State Department resume is impressive, and his last position was Deputy Secretary of State under John Kerry (Red flag.). Burns’ wife is Lisa Carty, who works for the United Nations and previously worked for the Bill and Melinda Gates Foundation (Red flags.) Burns, himself, worked at the Carnegie Endowment for International Peace until he was tapped for the CIA Director position by Biden.

While I said that the confirmation hearing was a tongue bath, USA Today reported that Senator Ron Wyden (D-OR) called it a “bouquet throwing contest”. Burns has an agile mind and great command of facts, which probably accounts for the Senate committee love-fest. That, and the fact that he has served in several administrations both Democrat and Republican.

He cogently explained his positions on China and Russia. From USA Today:

“It’s a world where familiar threats persist – from terrorism and nuclear proliferation, to an aggressive Russia, a provocative North Korea, and a hostile Iran,” Burns said. “But it’s also a world of new challenges, in which climate change and global health insecurity are taking a heavy toll on the American people; in which cyber threats pose an ever-greater risk to our society; and in which an adversarial, predatory Chinese leadership poses our biggest geopolitical test.”

Holy Moley! China, Russia and India all have dirty air and are not even trying to do anything for the climate. And, global health insecurity? Give me a break. We, as a Country, have done more for the health security of the world’s peoples than any other country ever.

Hold your fire there, cowboy. How dare he criticize Donald Trump. William Burns worked on Middle East Peace and yet it was President Donald Trump and Jared Kushner who signed the Abraham Accords, and not Burns. Diplomacy does happen in back channels as Burns says, and there are a lot of tools. No one today asked Burns if at the CIA he would put America’s interests first and not kowtow to our friends or adversaries. Not one Senator asked.

I am all for safe supply chains and good intelligence for our key people to make good decisions, but are pallets of cash the best way?

I ask that question because not one Senator asked the future CIA Director about the Joint Comprehensive Plan of Action (JCPOA) or Iran Deal. The Iran Deal that Donald Trump put the kibosh on. Not one Senator even really mentioned it. One Senator asked Burns if Iran should be allowed to obtain nuclear weapons. He said, no. Duh.

The Iran Deal, which Burns helped negotiate, was so bad a deal for everyone not Iran, that Barack Obama never submitted it to Congress for ratification. Morton Zuckerman wrote at the time:

PRESIDENT BARACK OBAMA never submitted his Iranian nuclear deal for ratification by the Congress because he knew it would have no chance of passing. That does not make the United States unique: The Iranian parliament has never approved it either (that body passed a heavily amended version) and the Iranian president has never signed it. The Iranian cabinet has never even discussed it. And the other members of the P5+1 – Britain, China, Germany, France and Russia – have likewise given it short legal shrift. Indeed, President Obama “may end up being the only person in the world to sign his much-wanted deal, in effect making a treaty with himself,” as the Gatestone Institute’s Amir Taheri has said.

Joe Biden is trying to restart the JCPOA. William Burns, once confirmed as CIA Director, will be charged with providing intelligence to Biden. Not one Senator, not one, thought to maybe, sorta, kinda ask Burns his thoughts on the very bad Iran Deal?