Next post
Andrew Cuomo Is No Longer Useful To Democrats 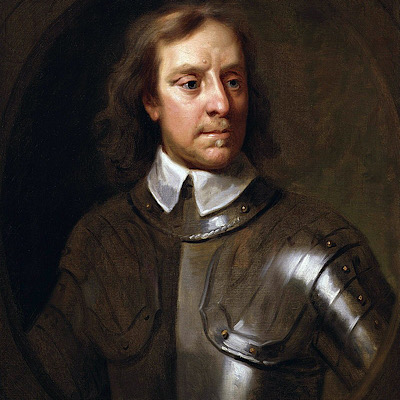 “You have sat too long here for any good you have been doing lately. Depart, I say, and let us have done with you. In the name of God, go!”

The goose-stepping Wormtongues and catamites of DC are perilously close to a reckoning of brutal magnitude and vast breadth. Never mess with a people who have nothing left to lose. The faith in our “institutions” has vanished. What little remained post November 4, evaporated without a trace after the SCOTUS Scrota, the empty ball sacks in black turned their collective noses up at the steal in Pennsylvania and everywhere else this week. Paladin leaves the legal palmistry to others, the rest of us know in our gut there’s no possibility of civic redemption, if there ever was.

The DOJ, US Armed Forces, FBI, CIA, Big Corp, Big Tech, Big Media, Congress (Cruz you’re an idiot this week) and this really fugly guy in a female skinsuit who would be Biden’s HHS Pick and who Advocates Sex Changes for Kids (from PA, of course)—we’re done with you. Totally over. Critical mass has been reached by the Cowards in Black.

“—no, we don’t expect more of our courts anymore. This is exactly what we have come to expect. We saw Brett Kavanaugh emasculated in his hearing process, and clearly he hasn’t had enough testosterone replacement shots yet, and Amy Coney Barrett, the mom, seems worried about her kiddies at school. Cancel Culture 1, Constitution 0. Voters be damned.”

Now let me hit that harder. Kavaboy was not only emasculated but disemboweled, he can no longer even run in the Gelding Stakes. His half-weepy cri du Coeur at his Inquisition was really more of a crise de nerfs – a crisis of nerve.  Paladin remarked at the time how whiny and put upon he sounded. Yes, he was put upon, but sounding put-upon is not a manly virtue. If he had sounded cold, calculating, remorseless, if he’d left his damn kid out of it – and instead stared down at those would–be American Torquemada’s – we might not have seen his abject cowardice today. Paladin feared the Torquemada’s of the senate won that hearing, and since November 4, Kavaboy has mewed like a buggered sissy.

The facts on the ground are these. If you live in DC, or its environs you will be subject to remorseless physical and mental harassment by the black uniformed, jack-booted street thugs of the Democrat Party apparatus.  You will be in fear of your life.  There will be no one protect you. Only the vicious throngs ofthose who are protected get to rule—in order to drag you out of your nice Georgetown townhouse into a violent St. Vitus dance, into the required Maoist ritual of a public humiliation and struggle session.  It’s called a public lynching.

Little Miss Amy – you fared no better. That stoic face you laid out for the TV cameras was but a mask.  The stern Mommy-Means-It Face you show your children when they get out of hand. Alas, the snake-pit in which you have made your home, indeed, sought your whole life to make your home – is one viper’s fang away from laying into the bosom of your family. And you know it. You’re hiding under your own black robes, and they will give you no more protection than the dry cleaner’s bill the public pays on your behalf.

The edifices of court and “peoples” houses stand in white granite or marble, but they are merely psychiatric prisons for those who occupy them. Scatter the SCOTUS Scrota, the empty ball sacks in black to the four winds, send the nine crows across the length and breadth of the heartland.  Send each one back to each one’s hometown, and perhaps you might get an honest court again. The republic’s day in court can be merely one zoom away.

But maybe not . . . there’s always Arlington VA, Bucks County PA, Westchester, NY, Newton MA, the Hollywood Hills; how many of those crows grew up in the suburbs of Sodom and Gomorrah? Too many.

And none of those are owed allegiance.  You have sat there too long for any good you have done. In the name of God, go!

Note: Hey, EIB gang, there’s no bigger Ditto Head than Paladin. Here’s some unsolicited advice.  You’re hemorrhaging audience, hardly anybody wants to hear the guest host’s reminiscences.  Over the past week, Paladin has tuned in and tuned out, going over to Elder or repeat Hannity or Levin.  Just play the bumper music, hit the news, take up the cudgel, let the flames come out of the radio. This audience is tuning in to fight the fight, you’ve got eager battalions of reserved troops, you’re starving them. Feed them what they need.

Featured photo is a portrait of Oliver Cromwell by Samuel Cooper, 1656, available under CC BY-SA 3.0.