Next post
Public Education On The Edge Of Collapse 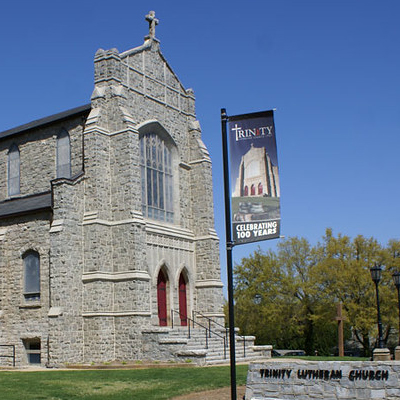 Normally we don’t think of devout Christians as being scofflaws. Indeed, we tend to think of them as good citizens, and they would largely agree. However, pushback is starting against leaders who allow people to flock into Home Depot yet keep churches closed. Because of coronavirus and “keeping people safe,” you see.

For example, some of the “Frozen Chosen” in Minnesota have announced that they will hold services on Sunday, despite Gov. Tim Walz’s mandate. The Minnesota Catholic Conference and the Lutheran Church–Missouri Synod in Minnesota wrote separate letters defying Walz’s executive order limiting services to ten people. Archbishop Bernard Hebda’s letter informed Walz that Catholic churches, being responsible citizens, voluntarily closed down before he issued his executive order.

Ah, but that was then. Now Catholic parishes are ready to safely reopen, but the governor is hindering them.

“It concems us, however, that we still are without a clear roadmap, metrics, or definite timeline from your administration about a phased re-opening. Executive Order 20-56, moreover, seems to have taken a step backward, imposing an explicit prohibition on faith-based gatherings where none had existed.”

Meanwhile, the Rev. Dr. Donald Fondow of the Lutheran Church–Missouri Synod asked Gov. Walz why he allowed other businesses to reopen, but not churches.

“We were disappointed to find that instead, you allowed retail and other non-critical businesses to open, setting a plan in place for bars and restaurants to reopen while limiting churches to meetings of ten people or fewer.”

And, in Illinois, Gov. J.B. Pritzker is also making life tough for the faithful of his state. His sidekick, Chicago Mayor Lori Lightfoot, is also backing him up. However, Lightfoot says she doesn’t want to arrest members of defiant churches. As she recently told the Chicago Sun-Times, her plan is to “educate people into compliance.”

Sounds like something you’d hear in a Communist nation, doesn’t it?

But now Lightfoot is stepping up her game, because apparently her virtual re-education camps aren’t working out. Chicago police issued $500 fines to three churches that held services over the weekend. In a city rife with gang violence, I’m sure the CPD have better things to do.

Fortunately, these churches do have a champion: black Chicago businessman Willie Wilson says he’ll pay their fines. As he told one of the churches:

“I tell everybody this year, wherever I go, practice your social distancing, do what the signs say, do what the laws say, but don’t ever put the law before God.”

Further south in Champaign, Illinois, the Jesus House Restoration Ministries — which serves the homeless and ex-convicts — obeyed the order against meeting inside a building. Instead, the ministries offered food, clothing, and faith outside in a private parking lot.

But even that wasn’t good enough for J.B. Pritzker’s Health Department. That’s because along with food and clothing, attendees were getting a little Jesus, too. And that would not stand. The Champaign-Urbana Public Health District issued this writ:

“Your business does not fall under the definition of Essential Businesses and is therefore required to cease all activities except Minimum Basic Operations.”

Jesus apparently is not essential, even for homeless ministries. Meanwhile, another nearby homeless center operates without limiting people inside. 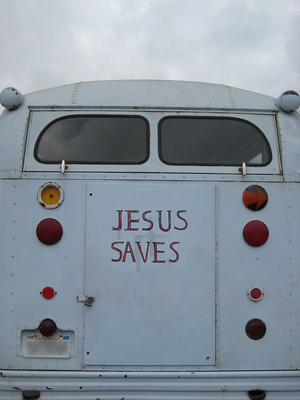 In California, however, some houses of worship are taking their resistance to another level by getting a lawyer. Robert H. Taylor, attorney from Murrieta, CA, represents 1200 congregations — both Christian and Jewish — and he just told Gov. Gavin Newsom that they’re worshipping this weekend. Deal with it.

Taylor wrote in his letter to Newsom:

“This letter was not sent for the purposes of asking for permission.”

But not to worry, he told Newsom — these congregations know what to do.

“All services will be held in compliance with CDC and state guidelines for social distancing as is required of essential businesses.”

The federal Department of Justice also has the backs of these congregations. But will Newsom heed the DOJ? I’m guessing not.

Meanwhile, my own church is still closed, even though both sides of the Kansas City metro, where I live, are reopening. In fact, my church closed even before our governor mandated all houses of worship close down in order to (ahem) “flatten the curve.” But that was largely because we have lots of elderly people who attend, the same folks who show up every week, come hell or high water. After all, it’s just what they do on Sunday. They grew up in a time of measles and polio, and for many of them the coronavirus is just one more annoyance.

So since the church decided to look out for them, we won’t open again until June 7. But that’s our decision, not one based upon government edicts.

Meanwhile, people both secular and religious are resisting the iron-fisted dictats of governors and mayors. They understood the reasons for the shutdown at first. But now people know more about coronavirus, they fear it less, and they’re chafing under onerous laws. Thus, the bitterness builds.

Columnist John Kass of the Chicago Tribune compares such frustration to a river pushing on a levee.  The pushback builds, he wrote. And that levee is just about to break. Even for proper church people.