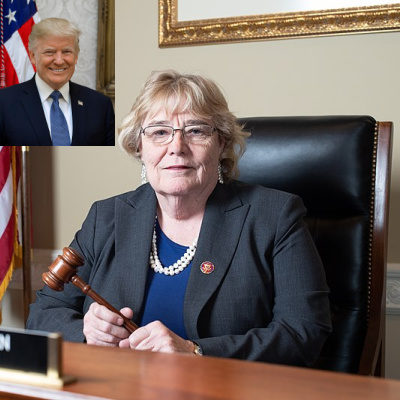 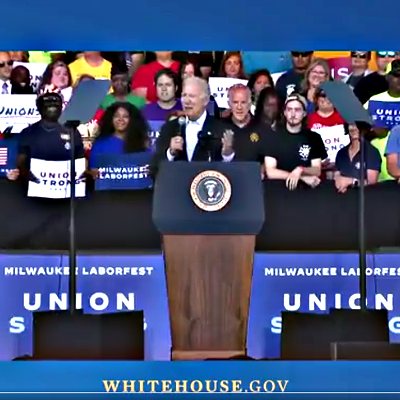 Joe Biden has never been a nice guy or blue collar Joe. He is now completely unhinged. Trump Derangement Syndrome has added an unhinged quality to Joe’s underlying meanness and pefidy. Yesterday, Joe flew to Milwaukee for their annual Laborfest event and hit all the high notes we expect from him. There were plenty of “not a joke” and “not hyperbole” comments. There was the usual “No, I really mean it.” and, of course, there was a shout out to the Milwaukee Mayor’s “two beautiful daughters”. Joe’s just creepy and cannot help himself. To put the icing on his poo cake, Joe claimed to beat Pharma this year. Oy, let’s get started.

I believe that Joe is unhinged because he has aimed for the Presidency his entire adult life. President Trump threw his has into the ring and won without ever having served as a Senator. Joe sat in the Senate for 36 bloody, freaking, boring years getting small beans grifts. He was Veep to Obama and started getting better grifts, but the Presidency was always the goal. I would be unhinged after 36 years in the Senate. Joe’s approval numbers are in the toilet, because we hate his puppetmasters’ policies, and Joe can’t figure out why. Unhinged and dementia doesn’t help.

So, Joe heads to Milwaukee to campaign on Labor Day with his Maga Republicans are EVIL speech. The White House named this the “Celebrating Labor Day and the dignity of the American workers” speech:

But the extreme MAGA Republicans in Congress have chosen to go backwards — full of anger, violence, hate, and division.

I am sure he has worked with the spineless RINO Republicans like, ugh, Mitch McConnell. The likes of Mitch and other pliant Republicans is what got us Donald Trump. We don’t want a uni-party any longer. We, MAGAts, as we are known on Twitter, love the Constitution, lower taxes and smaller government. None of which we got from Joe Biden and Mitch McConnell.

Joe really hates us MAGA types because we stand in his way. There were about 1,000 rioters on January 6 at the Capitol. How many hundreds of rioters were at the White House for three nights in a row in September, 2020. They were NOT MAGA Republicans.

Let’s talk about angry people. There was a heckler at Joe’s speech. I don’t like hecklers. So, I would have ignored him. Breitbard covered the heckler.

See the gray-haired woman with her hand on the man. She appears in this video at the 1:40 mark approaching the man. As the Secret Service remove the man, take a look at gray-haired’s face. Angry and unhinged. That’s what Joe Biden is inciting.

Look, it’s something most people don’t know, but you guys out there in this audience know: 15 percent of our military become — veterans become union workers when they leave the military. Fifteen percent. (Applause.)

How many veterans out there? Holler out. (Applause.) You got it.

In my State of the Union Address, I put forward what I call a Unity Agenda that — including taking care of our veterans.

Look, we have a lot of responsibilities but only one sacred responsibility — not a joke, and I mean this from the bottom of my heart and I’ve said it from the first day I entered politics: We have an obligation to equip those we send into harm’s way and care for them and their families when they come home — (applause) — both their families — especially our veterans who’ve been exposed to toxic burn pits, like my son.

Those pits the size of football fields — 8, 9, 10 feet deep in Afghanistan and Iraq — I was in and out of those countries over 35 times in the middle of these wars as Vice President — that incinerate wastes of war — tires, poisons, chemicals, jet fuel, so much more.

A lot of people, like my son, had their hooch just probably 300, 500 yards from those pits. You could smell it. You could inhale it. Well, guess what? These poisonous fumes just came — people came home with headaches, numbness, dizziness, cancer.

I just signed — we call it the PACT Act — to take care of these veterans — (applause) — who need medical assistance and to provide for their families when they are gone. (Applause.)

I am sorry for the tragedies in Joe’s life. Beau Biden was a lawyer in the Army. During his deployments, he didn’t sleep in a “hooch” tent. I am not saying he wasn’t in danger. He was. I am not sure the PACT Act was the right legislation for the serious burn pit problems. I first wrote about burn pits in 2018. I still think Halliburton/KBR should fund research on burn pits.

Unhinged Joe is no more attractive than any other Joe over the last 40 years. He is inciting violence against a large swath of the population and he needs to stop.