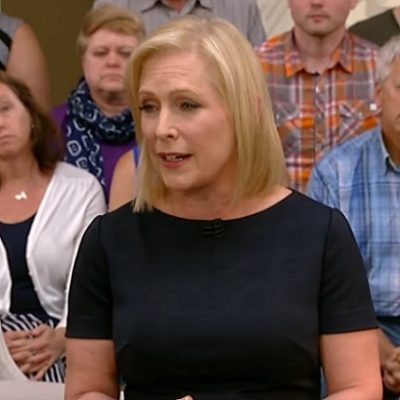 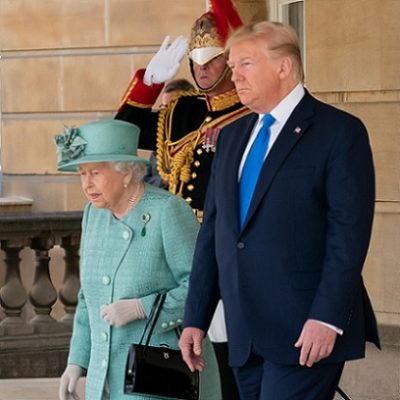 Next post
Queen Elizabeth Gives Great Gifts To The Trumps 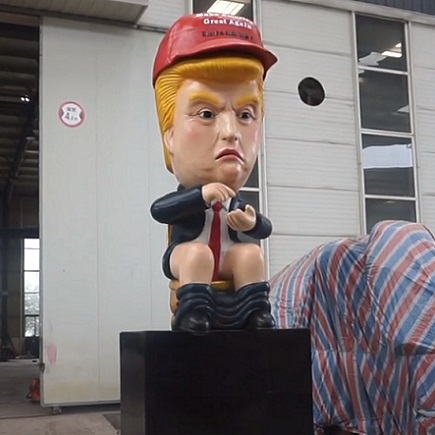 Remember that Michelle Obama quote, “when they go low, we go high?” Yeah, no one was listening. Least of all some very disgruntled people in Great Britain.

Today kicks off the official state visit by President Trump to Britain, an invitation that was issued at the beginning of the president’s term by now-outgoing Prime Minister Theresa May. The president visited Great Britain last July, but that was classified as a “working visit” (even though the Trumps met with Queen Elizabeth for tea), and did not have all the pomp and circumstance that entails a “state visit.” This visit will also mark the 75th anniversary of D-Day – an important date for both Great Britain and the United States.

Well, some of the British still aren’t happy about having President Trump there. And they’ve decided to be rude about it. So much for British manners.

Watch full coverage of President Trump's state visit to the UK from Monday on @SkyNews. #TrumpVisit

You can find us on Sky channel 501 or live here https://t.co/mFrfbZynow pic.twitter.com/o68z0wfqtn

Oh, but there’s more – this time with some obnoxious American help.

A talking, tweeting Trump robot seated on a golden toilet has arrived in the U.K. to form a centerpiece for protests during President Trump’s three-day state visit, according to its creator.”

Don Lessem, an American better-known as the designer of giant animated dinosaurs, said his creation, titled “Dumping Trump,” was ready to be unveiled on Monday, when Trump’s visit begins.”

He would next be headed for an Independence Day event in Washington as he tried to bring the spirit of British satire to the U.S., but that it was fitting that the $25,000 robot receive its first outing in London, as he was inspired by the “baby blimp” that appeared for Trump protests last year. Trump is planning to lead a major gala in Washington on the Fourth of July.”

The blimp is expected to take to the air again if police grant approval on Monday.”

“I am proud of the British that they go out in the streets to insult Trump. We don’t seem to do it. So, I wanted to debut it there in London,” said Lessem.”

His 16-foot creation is a picture of vulgarity. The figure’s pants sit around his ankles, and the trademark red tie hangs into the bowl.”

It arrived at the port of Southampton on Friday after its journey from China.”

They seem to not need a fancy animatronic statue to get their point across. They manage to be crude and rude with no extra help at all.

Guess who's been busy today mowing a stiff message for Trump under the Stansted flightpath… Please share and let's see how far we can spread the welcome!#climatechange #Trump #welcometrump pic.twitter.com/crnZo5rnDv

Such creativity. So classy. Much wow.

So, in protesting how “mean” and “rude” President Trump is within the perception of the people of Great Britain, certain people have decided to be even ruder and meaner. Well, I’m certain THAT will show Trump what British manners are all about, and teach him how to behave!