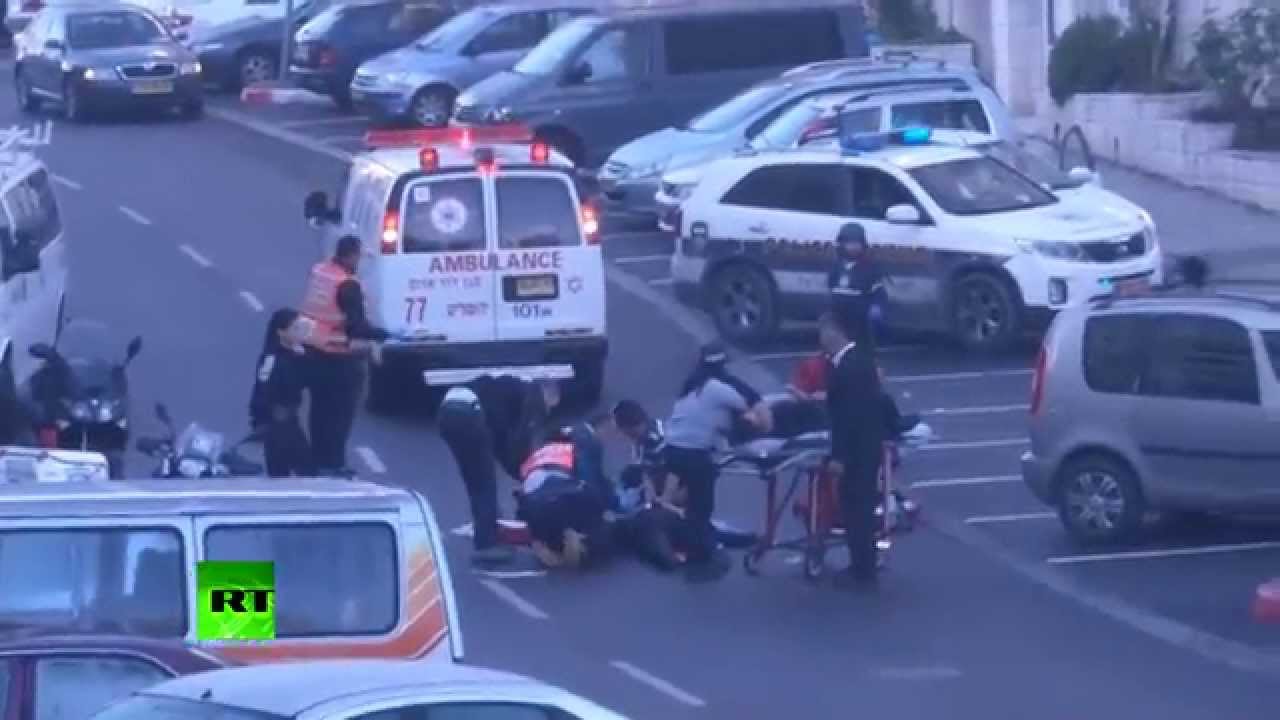 Four people have been killed and eight injured in a terrorist attack on a synagogue in Jerusalem. A British citizen is also among the victims. Two Palestinian cousins armed themselves with a meat cleaver and guns before slaughtering the worshippers. The suspects were shot by Israeli police, and their family members are being arrested by Israeli police now, while Gaza celebrates their “victory”.

All four of the men killed were rabbis.

The names of the four victims of the terror attack at a synagogue in the Jerusalem neighborhood of Har Nof were released on Tuesday.

Funerals for the four were be held Tuesday afternoon.

… Eight other people were wounded in the attack, including two police officers.

According to police, the two suspected Palestinian terrorists, armed with a gun and axes, attacked worshipers after entering the “Kehilat Yaakov” synagogue on Agasi Street in the capital’s Har Nof neighborhood. Two police officers quickly arrived to the scene and exchanged fire with the suspects, killing them.

The murderers have been identified as Ghassan and Oday Abu Jamal, and they were members of the Popular Front for the Liberation of Palestine, although the group has not said whether they are responsible for the attack or not yet. Hamas, meanwhile, has praised the attack, unsurprisingly.

Prime Minister Benjamin Netanyahu has vowed that Israel will respond harshly, calling it “cruel murder of Jews who came to pray and were killed by despicable murderers.” Secretary of State John Kerry denounced the attack, but President Obama has not made a statement yet — no surprise there, and knowing Obama, not only will he likely do nothing, but he’ll make sure to defend Islam in front of the world as well. The man has priorities after all.

Footage from the scene shows chaos as authorities rush to treat the wounded and secure the neighborhood.

We will update as more details become available.