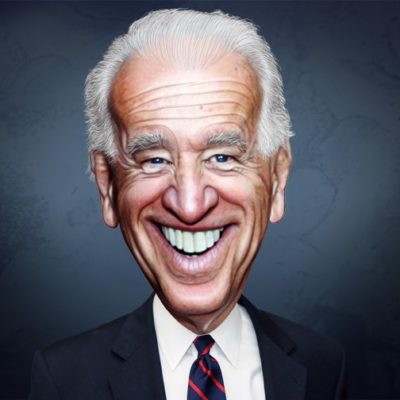 Previous post
A Slip, a Rip and a Trip into Democratic Madness 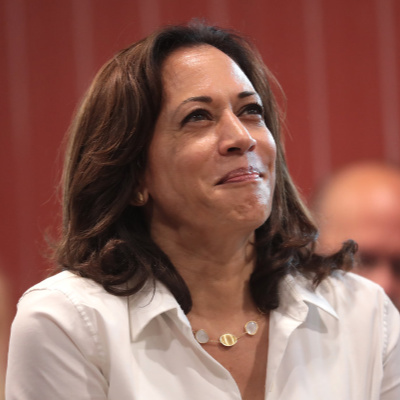 The third definition for the word “Brazen” in the Merriam-Webster dictionary is: “marked by shameless or disrespectful boldness”. If that doesn’t describe California Senator and failed Presidential candidate Kamala Harris, I don’t know what does. Harris’s endorsement of Joe Biden for President is Exhibit 5,497 in the case against Harris as the most brazen politician of the current crop.

In case you hadn’t heard yet, Senator Harris tweeted her endorsement of Biden at 8:00 a.m. Eastern Daylight Time. Take note of that, as it will become important in just a minute. Meanwhile, here is her hostage video/endorsement:

.@JoeBiden has served our country with dignity and we need him now more than ever. I will do everything in my power to help elect him the next President of the United States. pic.twitter.com/DbB2fGWpaa

It’s really hard to focus on what she is saying. Harris’s eyes are doing something quite odd. The second definition of “brazen in the Merriam-Webster dictionary is: “sounding harsh and loud like struck brass”. There is something about her voice that, while not loud, does sound harsh. Then, there is the white brick wall that makes it look like a hostage tape. And, speaking of “hostage tapes”, Byron York thought so too:

Recorded 7 days ago, with hostage-tape production values, Harris frames endorsement of Biden in terms of civil rights–same subject she attacked him on during campaign. https://t.co/mg8FbOCMal

Did you catch that first line in York’s tweet? The video was recorded seven days ago. That is important. What happened seven days ago? The California Primary. Joe Biden came in second behind Bernie Sanders. Maybe if Kamala had dropped the video a week ago, Creepy Joe would have won the Primary. But, Miss Harris is brazen, craven and calculating. She waited to see if the money would start rolling in and how the next polls would look. It’s a hallmark of her, um, career. And, it’s also a hallmark of her self-sabotaging style, as Vanity Fair noted:

If a set of finely honed political instincts fueled Harris’s success in California and rise to the Senate, it rarely surfaced on the presidential campaign trail. She was caught flat-footed repeatedly, most memorably in the July debate, when Tulsi Gabbard tore apart her tough-on-crime record as a prosecutor in cold-blooded fashion, citing the “over 1,500” marijuana convictions Harris presided over when she was a California prosecutor. Harris fumbled to mount a response as the moderators talked over her. Her campaign had celebrated an earlier debate showdown with Biden, when Harris went after Biden’s past opposition to busing as a means of integrating public schools. Harris had a “moment”—always fetishized by debate observers—that gave her a sugar-high bump in the polls and allowed her campaign to print and sell commemorative T-shirts. But Harris, too, backed herself into supporting the controversial policy of federally mandated busing.

Harris came out for federally mandated busing. A huge mistake. She also admitted she smoked pot in college and then bragged about her convictions for marijuana possession. Self-sabotage.

Kamala Harris, brazen and calculating as she is wants to be Vice-President. She looks a Biden and sees a weak, old man with, maybe a dementia problem. She sees herself as President. Joe Biden just might pick her too. He knows that Harris checks every box in the Diversity Contest. She gives him youth and a “Yass Queen” cool factor. She knows to say “Bernie Bros”, not Bernie Brothers. Harris could drag the old man across the finish line of the Presidential Race. Brazen, cold and calculating. 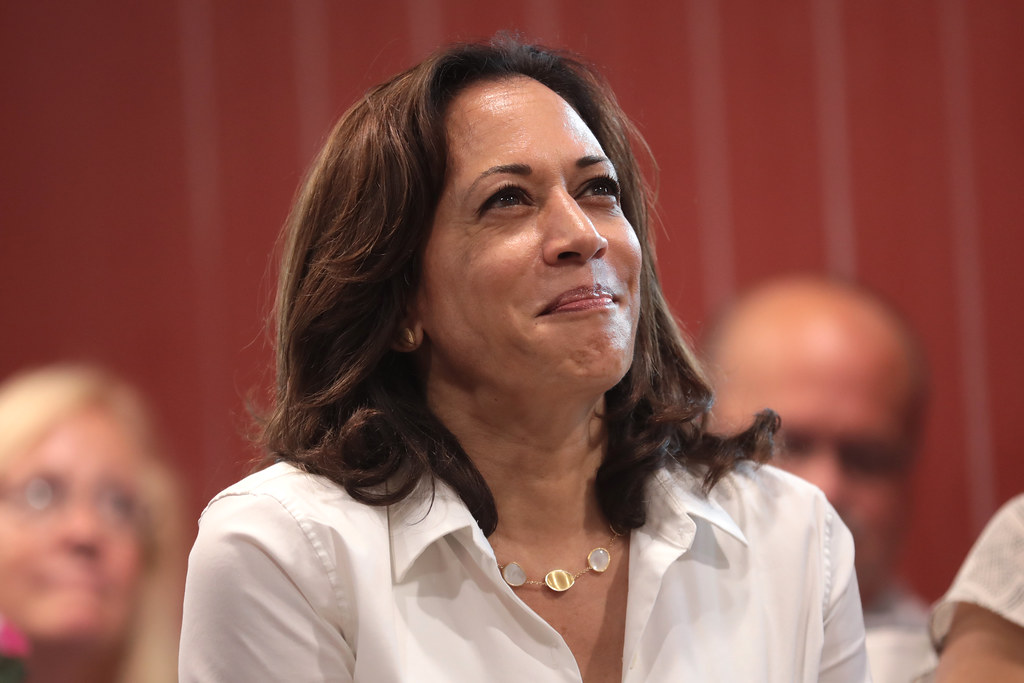 “Kamala Harris” by Gage Skidmore is licensed under CC BY-SA 2.0