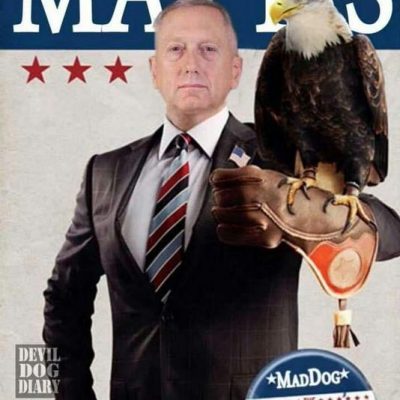 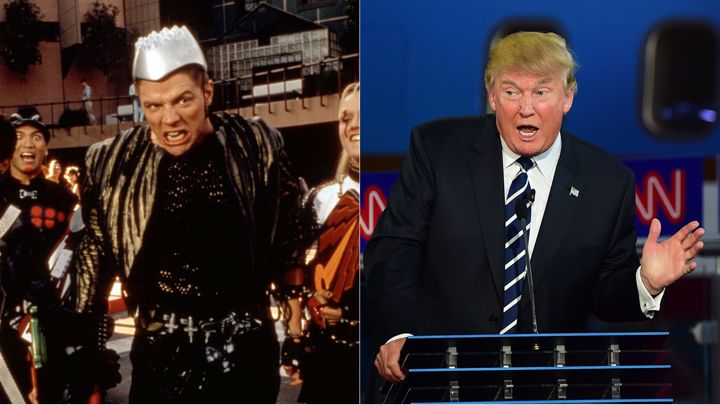 Channeling the ’80’s hit movie “Back to the Future,” the Boston Globe has published a fake front page offering its predictions of a Donald Trump presidency one year from now in 2017.

With headlines blaring “Deportations to Begin,” the sub-headline reads, “President Trump calls for tripling of ICE force; riots continue.” The page also reports markets sinking in the face of a trade war; U.S. soldiers refusing to kill ISIS families; and curfews extending to numbers of cities. 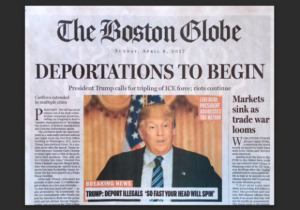 A pdf of the full front page can be seen here.

The fake front page also accompanies an editorial by the Boston Globe demanding that “The GOP must stop Trump,”stating that “Donald J. Trump’s vision for the future of our nation is as deeply disturbing as it is profoundly un-American.” The editorial states:

He winks and nods at political violence at his rallies. He says he wants to “open up” libel laws to punish critics in the news media and calls them “scum.” He promised to shut out an entire class of immigrants and visitors to the United States on the sole basis of their religion.

But what impact will this effort by the Globe make on the GOP race?

Conservative Cornell University law professor William A. Jacobson, writing at his blog Legal Insurrection, fears that this stunt will not only fail to dent Trump, but may hurt conservatives who oppose Trump. He writes:

Assuming The Globe runs this, it will not hurt Trump.

Instead, it hurt conservatives who have serious concerns about Trump and are fighting to keep him from the nomination based on conservative principles, but who now will be lumped in with the anti-Trump left.

Thanks for nothing, Boston Globe.

However, it may be that Trump’s disorganized and poorly-run campaign just might be his own undoing.

Friday night Trump tweeted (does he ever do anything else at night?) a boast that the RNC just received a million — a million! — postcards  from supporters demanding that the RNC not “steal” the election from him.

"@Cam: Reports are RNC has received +1 million postcards so far! If I get more info on ## I'll post @AnnCoulter https://t.co/yhyWihDdMq"

Here’s a screenshot of the postcards that were said to have been sent to RNC headquarters.

But Trump flat-out lied: No ‘postcard’ was sent to RNC headquarters, according to an RNC spokesman.

Furthermore, the picture above shows an incorrect address for the RNC, so the postcards would’ve been dumped in a yuuuuge pile at an intersection near a metro stop in Washington DC. No one reported an enormous pile of one million postcards, either.

Then there’s Trump’s delegate problems. Indiana is set to give all its 27 convention delegates to Ted Cruz. And in Colorado, not only did Cruz sweep that state’s 13 delegates, but Trump’s mistake-ridden campaign issued error-filled ballots.

Whoops…major errors on Trump slate. 5 delegate #'s are wrong & of those 5, 1 pledged to Cruz and 2 unpledged. pic.twitter.com/Ayr1sO6VeT

So it appears that the wheels are finally coming off the Trump Train, partly due to it being run by the Gang that Couldn’t Shoot Straight. Meanwhile, the Ted Cruz Little-Engine-That-Could is steadily chugging up the delegate mountain.

Which brings me back to the Boston Globe’s editorial.

The Globe editorial board is not only nervous about a Trump presidency. What really discombobulates them is the idea of a Ted Cruz presidency. Oh, pass the smelling salts!

It doesn’t mean settling for an equally extreme — and perhaps more dangerous — nominee in Ted Cruz. If the party can muster the courage to reject its first-place finisher, rejecting the runner-up should be even easier.

Here’s the image that the Globe would really find alarming . . . 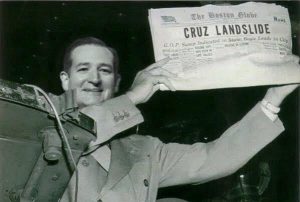 . . . and true conservatives would cheer.