Border Crisis: This Is On Biden

Next post
The Biden-Harris Administration Is Now A Reality

Border Crisis: This Is On Biden 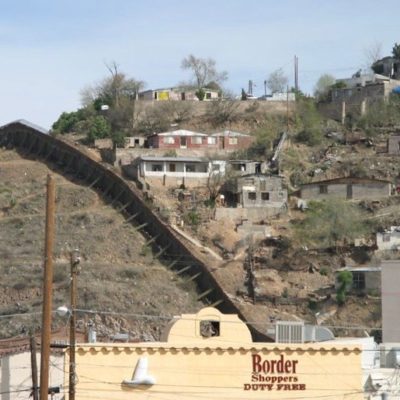 What do you get when America gets a Presidential administration that stresses loosened policies at the border? You get a bunch of illegal immigrants hoping to cash in on the opportunity to cross that border. You also get one angry President in the neighboring country of Mexico.

Expectations were created that with the Government of President Biden there would be a better treatment of migrants. And this has caused Central American migrants, and also from our country, wanting to cross the border thinking that it is easier to do so.”-Andrés Manuel López Obrador

You think? Yep. The expectations were there. Is that happening? Not in the least.

Obrador went on to say that he stressed Mexican sovereignty and wants to work in a ‘coordinated manner’ with U.S. officials in order to help curb the flow of migrants showing up at the border.

In some ways, Obrador took a stance that aligned closer with former President Trump’s hardline stance on immigration. Trump even threatened the ultimatum oftariffs on Mexico, fascist that he was:

No, they’re not “Concentration Camps”, dumbass. If AOC studied her history, she would learn that Germans sought out the Jews, pulled them out of their homes and lured them, transported them to the camps. These migrants were not lured out of their homes. They came willingly. Despite Biden’s, “I can say quite clearly, don’t come“, they’re coming. “Don’t leave your town”, Biden says. Easy to say for someone who never left the comfort of his basement bunker during most of his Presidential campaign.

But the U.S. delegation, led by Roberta Jacobson, Biden’s coordinator for the southwest border, was seeking to “develop an effective and humane plan of action to manage migration”. Humane. How many children traveled across the border unaccompanied only to be detained by American officials last month? Try roughly 9,500. What, exactly, is humane about children being willfully separated from their parents even before the U.S. gets involved? And how humane are those living conditions, really? Cramped quarters. Tin foil blankets. So humane, journalists have not been permitted inside of the border camps since Biden took office.

In contrast, about 15,000 troops were dispatched to Mexico’s northern border alone after Trump’s 2019 ultimatum. A Mexican National Guard spokesman confirmed Tuesday there had been no significant recent increase in border deployments.-Mary Beth Sheridan, The Washington Post.

Seems now that President Obrador of Mexico is not impressed at all by the Biden administration’s “don’t come over” remarks. But the border crisis is so last week, according to Biden and his camp. What’s next on President Joe’s plate? Urging action on disarming Americans. He’ll look things over after he finishes his pudding cup. Kids in cramped quarters? Can’t be bothered. Just don’t come. President Obrador, tell them not come, would ya, man?

Kind of hard to hold back the flood of migrants at the border when you’ve suspended the funding and building of the border wall, huh, Joe?

The President’s actions directly contributed to this unfortunate, yet entirely avoidable, scenario. They are also a blatant violation of federal law and infringe on Congress’s constitutional power of the purse. We write regarding these actions. We believe they violated the Impoundment Control Act (ICA), as interpreted by your office, and we request your legal opinion on the matter. Prompt action to end these violations is required to restore order at the border.”-Letter to the Government Accountability Office from Senate Republicans

All Trump’s fault, laughs VP Kamala. Like she’d go to visit the region?! How could the press ask her such a question? See what’s happening here? She is laughing while children are separated from their parents and held in crowded, congested conditions. She is laughing while construction on a fortified wall to stop individuals from entering at dangerous crossings has been put to a halt. No crisis, says Alejandro Mayorkas. And Joe? Where the hell is Joe?

It all matters and can help save lives.

All of this matters. Yet facilities holding migrants can be at 100% capacity, the CDC says so. In America, a (legal) immigrant family’s restaurant in some states cannot yet be open at 100% capacity. Immigrant families whose second language is English cannot send their kids to school every day of the week because schools in our country are not yet at 100% capacity. Migrant tents cities? COVID doesn’t live there, says the CDC. 100% capacity. Stopping the spread of COVID-19? Don’t worry, adding to our population by an influx at the border won’t do anything to increase the spread. Want to cross the Pacific and go to Hawaii, Americans? Hope you like being locked down in a hotel room.And let’s talk about “senseless crimes of hate”? Just wait until criminals come in mixed with desperate and poor families because you know they will. They already have.

So Kamala laughs, some of our officials say “there is no crisis”, our President is instilling the “calm” that our nation “desperately” needed after “45” by telling those not to come (as if they’d listen) and the border has experienced its biggest surge with 15,000 unaccompanied minors in U.S. custody, thereabouts. This is not on Trump. This is not on Obrador. This is on Biden.