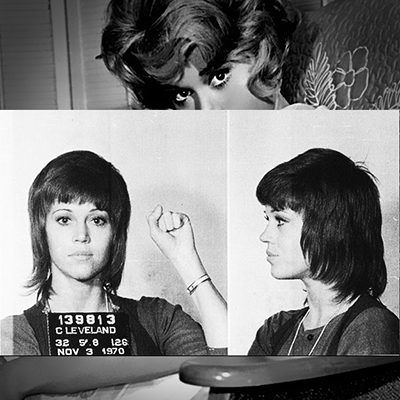 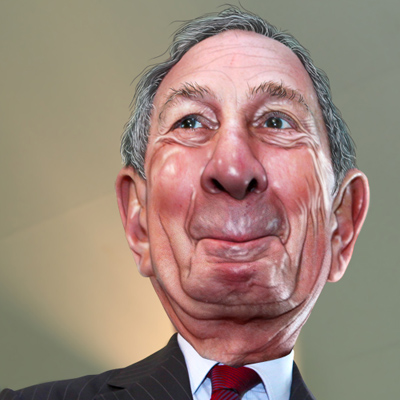 Mike Bloomberg knows that Super Tuesday is coming up in about two weeks, so he went to Virginia to do some stumping. And while he was there, he apologized once again for the stop-and-frisk laws he used while mayor of New York City. Because, after all, Virginia has 99 delegates up for grabs come the March 3rd primaries.

What makes it even more imperative that Bloomberg do well in Virginia is because he won’t be able to participate in the South Carolina debate. The DNC just set its qualifications for the February 25th debate, and it kiboshed the donation threshold. That means that Bloomie won’t be able to buy his way onto the stage.

At a Saturday event in Richmond, Bloomberg acknowledged the make-or-break aspect to Virginia’s part in Super Tuesday:

“We absolutely need to win this commonwealth. Virginia is still very up for grabs in 2020, we’re not waiting until the general election to organize.”

Thus it was very important that Bloomberg ramp up his confessions to attract the black vote. Once again, he’s so, so sorry for the way he handled stop-and-frisk, and promised as president to “dismantle systems that are plagued by bias and discrimination.”

“I’ve seen the abuse of police practice called stop-and-frisk, and I’ve gotten a lot of grief for it lately, and I defended it for too long.”

“I didn’t fully understand the unintentional pain. I should have acted sooner, and I should have stopped it, and I didn’t, and I apologize for that.”

“I’ve listened to their stories. I’ve heard their pain, and their confusion, and their anger, and I’ve learned from them and I’ve grown from them.”

However, he didn’t convince everyone — like this woman who posted this sign on the dais at the Blue Commonwealth Gala:

It’s going to be hard for Bloomberg to live down 2015 comments he made defending stop-and-frisk. Comments like these:

“Because we put all the cops in minority neighborhoods. Yes, that’s true. Why do we do it? Because that’s where all the crime is. And the way you get the guns out of the kids’ hands is to throw them up against the wall and frisk them…”

Now you may or may not agree with stop-and-frisk. But you can’t deny that’s gonna be a problem for Bloomie when he courts the black vote. 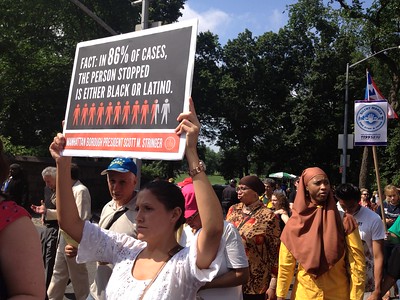 But Bloomberg also wanted voters in Virginia to know that he’s not the racist that President Trump supposedly is. So he used the canard that Trump supported Nazis and the Klan. Yes, he invoked the infamous Charlottesville, Virginia, “Unite the Right” rally, calling it “some of the darkest chapters in our history.”

I don’t know about you, but while the incident in Charlottesville was appalling, it doesn’t quite measure up to . . . oh, say the Civil War. Or World War II. Or the Great Depression, or the race riots of the 1960’s. I could go on, but you get the drift.

And then Bloomberg whipped out that favorite media fib:

“. . . Americans felt so much pain when Donald Trump said they were very fine people among the Nazis and the Klan.”

Sigh. Let’s review again, shall we? While Trump is clumsy way too often in expressing himself, he didn’t say that “Nazis” and the “Klan” were fine people. In fact, he concluded a press conference on the Charlottesville incident with this:

“I’m not talking about the neo-Nazis and white nationalists because they should be condemned totally.”

But you know the score — if it fits the media’s narrative, they’ll run with it. As did Mike Bloomberg in Virginia.

Yet stop-and-frisk isn’t the only time Bloomberg has stepped in verbal doo-doo. In 2016, at a speech at the University of Oxford in England, he insulted both transgender people and Midwesterners in the same sentence. A twofer!

“If you want to know if somebody is a good salesman, give him the job of going to the Midwest and picking a town and selling to that town the concept that some man wearing a dress should be in a locker room with their daughter.”

How’s that going to play in California? Or in Minnesota? Both of those states are part of the Super Tuesday primaries.

But wait! there’s more! Bloomberg is also facing accusations of “sexist, profane” comments as reported by the Washington Post. How will that play among women in the #MeToo, #BelieveAllWomen party?

So let’s review the main Democratic contenders, shall we? We have feeble Joe Biden, who is sinking like a rock; awkward Elizabeth Warren, an unlikable phony; and glib Pete Buttigieg, who had his own contentious relationships with blacks when he was mayor of South Bend, IN. And, of course, there’s Bernie Sanders, whom the DNC fear the most since he’s — I’ll say it — a Communist at heart. Then throw into that mix Mike Bloomberg, whose past statements show everyone what he really is: an über-wealthy, smug elitist. And now he’s got a lot of ‘splainin’ to do about his arrogance toward Americans of all types.

Oh my, if the Democrats have a contested convention, won’t it be fun?