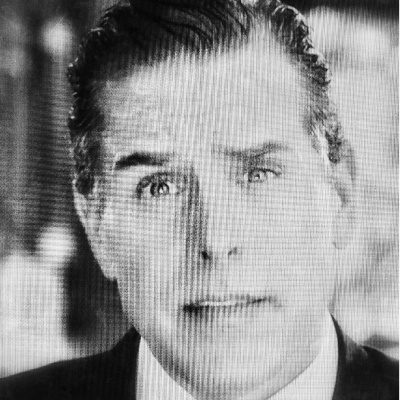 We all knew that Joe Biden was desperate to bob-and-weave and duck and hide in the basement, hoping that the media would be able to dig him out from under the avalanche of Hunter’s emails. It hasn’t worked yet, as the drip-drip-drip from the New York Post has not been stifled by censorship by Facebook or Twitter. And we all knew that President Trump would bring it up. What was unexpected was that Kristen Welker, the moderator, actually brought the question to the table. She actually asked Biden, once Biden mentioned Rudy Giuliani: “Did Hunter do anything wrong?”

And with that, Joe Biden had to address the elephant in the room.

And Joe lied his face off by claiming that his son Hunter never made any money in China.

Biden claims that Hunter has not made money from China

This is a straight up lie according to HUNTER HIMSELF https://t.co/NkvbFkl031

Hunter Biden may have left the board of the Chinese company that he was on, but he still has a stake in it, as the Daily Caller reported this last July.

The records also show that Hunter Biden continues to hold a 10% equity stake in BHR through his company, Skaneateles LLC, as of Friday, a position he maintains despite a pledge in December from his father, former Vice President Joe Biden, that none of his family members would “be engaged in any foreign business” if he is elected president in November.”

The Biden campaign did not respond when asked if the candidate will call on his son to relinquish his equity stake in the Chinese private equity firm.”

Soooo, Joe, about this China cash that Hunter quite clearly is making? And has made in the past?

Biden: "My son has not made money… from China." Um, Hunter admitted to taking a 2.8-carat diamond from a Chinese executive: https://t.co/ePIL3FW031

Still at the helm of the firm, Hunter flew aboard Air Force Two to China in December 2013, accompanying his then-veep father on an official visit where Joe Biden reportedly met with Hunter’s Chinese partners.”

Ten days later, Hunter’s company inked a deal with the state-owned Bank of China and created the $1 billion investment fund called Bohai Harvest RST (BHR), according to reporting by Peter Schweizer, president of the Government Accountability Institute and the best-selling author of “Secret Empires: How the American Political Class Hides Corruption and Enriches Family and Friends.”

A representative for BHR told The New Yorker in July 2019 that Hunter Biden introduced his father to Chinese private equity executive Jonathan Li during the trip. Li later became the CEO of BHR.”

The deluge that is still ongoing regarding the Hunter Biden laptop is not letting up, if the press conference that was given by Tony Bobulinski is any indication of the potential strength of what might be in the FBI’s hands. Here’s the problem. Biden made two massively declarative statements during this debate regarding this issue. First, that he has never taken a penny from “any foreign source.” Second, that Hunter never made any money from China.

We know the second statement is false on its face, by Hunter’s own admission. Could the first statement be false as well? We don’t know, but is there a reason that the FBI coded Hunter’s laptop for a “money laundering” probe? And does that reason touch on giving the “Big Guy” his cut? It’s incredibly aggravating that we don’t have a media who cares to find out.