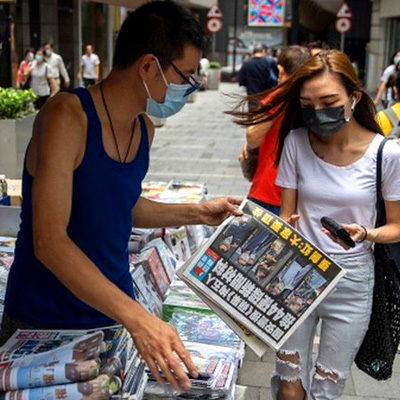 On Wednesday, Joe Biden gave a speech outlining his solutions for stemming the rise in violent crime. The speech was classic Biden — a dazed and confused delivery marked by verbal fumbles and even a weak joke. What was the joke? Something about deer wearing kevlar.

Biden also seemed to have trouble reading the teleprompter.

Biden handlers: Why haven’t you increased the font size yet??! pic.twitter.com/bhagKNeWo9

He also bumbled his way through an insipid comment about the blood of patriots and needing nuclear weapons or something.

BIDEN: "Those who say the blood of Patriots, you know, and all the stuff about how we’re gonna have to move against the government.”

"If you think you need to have weapons to take on the government, you need F-15s and maybe some nuclear weapons."pic.twitter.com/WVHUffpphP

President Befuddled may have floundered his way through his speech, but the message was clear: your gun ownership must be curtailed. Moreover, if you are a gun dealer, you’re already under suspicion. And as for the Second Amendment? Meh, it says what we say it means.

Besides, that’s not changing the Constitution, it’s merely enforcing it. Be reasonable, man!

“This shouldn’t be a red or blue issue. It’s an American issue. We’re not changing the constitution, we’re enforcing it. Be reasonable.”

So what does Biden propose as an effective response to crime? Here are some specifics:

To combat gun violence and violent crime, we’re going to:

Here we go again: it’s never about the bad guy behind the gun, only about the people who sell firearms. According to Attorney General Merrick Garland, who spoke prior to Biden, they’re coming for the dealers. As Garland said:

“ATF will initiate proceedings to revoke the licenses of dealers who violate the law, including those who refuse to permit ATF to “conduct inspections.”

Not only that, but the ATF will “consider the extent to which fire arms sold by a dealer are later used in criminal activity.”

Because gun dealers know exactly which purchasers will commit crime with guns they sell. Right, like car dealerships know which cars will be involved in deadly collisions, too.

Never mind that a 2019 study from the Justice Department revealed that only 7% of criminals used a firearm they had purchased from a licensed gun dealer. What’s more, over half had either stolen it, found it at the scene of a crime, or obtained it off the street. But Biden wants you to regard gun dealers as a prime source of crime. 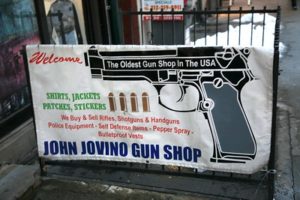 Then there’s shifting the blame from cities to outside locales for gun running. During his speech, Biden mentioned how Mayor Brandon Scott of Baltimore told him that over 80% of illegal guns come from outside his city.

The narrative for that tale goes like this: a state might have restrictive gun laws, but criminals flock to states with more lenient laws to buy firearms. So it’s never the fault of the city for the high rate of crime. As a result, Biden wants to create five “strike forces” to control gun trafficking in New York, Chicago, Los Angeles, Washington, and San Francisco.

I’ve heard this canard before, and it boils my blood concerning the crime in Chicago, one of the cities Biden is targeting with his “strike forces.”

I’m a native of Northwest Indiana — Lake County, to be specific — which borders Cook and Will Counties in Illinois. I’m also aware of how Indiana cities at the tip of Lake Michigan — like Hammond, Whiting, and Gary — flow into south Chicago. They’re also cities with high crime. And Indiana is a red state, with less restrictive gun laws than Illinois. So the story goes that guns are flowing willy-nilly into Chicago from Indiana.

However, a study from the the City of Chicago itself showed that the biggest number of illegal guns in the city came from . . . wait for it. . . Illinois!

But more than that — why should Indiana be held responsible for the gun violence in Chicago? Chicago — where the Cook County state’s attorney, Kim Foxx, fails to hold suspects in prison. Foxx, whom George Soros supported, believes that “cash bail was never about public safety.” And there’s Chicago’s mayor Lori Lightfoot, who has hobbled the Chicago Police Department, and who has called “systemic racism” a “public health crisis.”

That’s not the fault of Indiana, just as the spike in urban crime is not because of other states which protect the right of their citizens to bear arms.

If Joe Biden wants to know whom to blame for the spike in crime, he needs to look at how his party’s policies have destroyed cities. How Democrats have enticed the votes of urban residents by promising money without regard to social consequences. And if these voters are minorities, Democrats tell them that they’re victims who need the Party to take care of them.

As a result, urban voters continue to elect Democrat officials in a long conga line of city wreckers presiding over their decay.

Meanwhile, urban boys grow up without fathers. They bond in gangs and terrorize their neighborhoods with drugs and guns. And rather than consider how their policies have brought about spikes in crime, Democrats blame legal gun owners. People who value the Second Amendment become redneck pariahs in the eyes of Democrats, and of the media, too.

But Joe Biden’s bumbling, stumbling anti-gun speech has no doubt accomplished one thing. He made the best case for the Second Amendment. These new proposals will bring out gun owners with their credit cards to purchase yet more firearms and more ammunition. It happens every time. 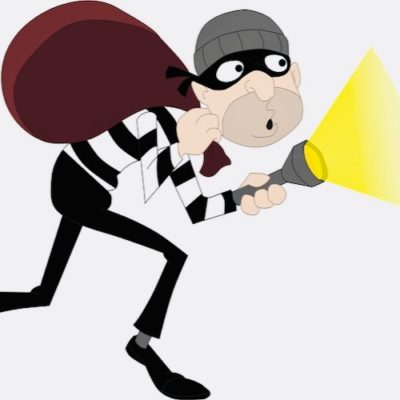