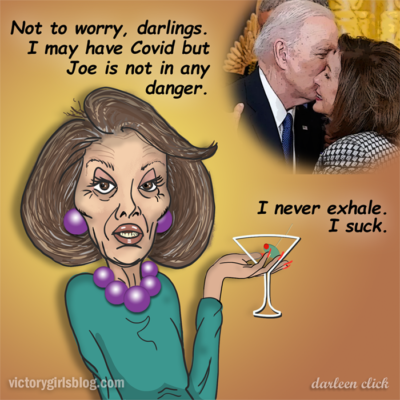 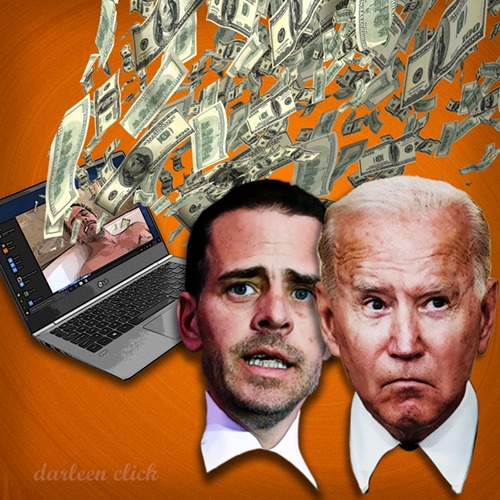 The media was shocked, SHOCKED, to discover that Hunter Biden laptop story was a real thing.

And as the media begin to understand the scope of what is at stake, we are learning more. Yesterday, we learned about how Hunter got Dear Old Dad (emphasis on “old”) Joe to write a college recommendation letter in 2017 for the son of Jonathan Li. Li is the CEO of BHR Partners, in which Hunter Biden held a equity stake that he now claims (through his lawyer) that he has completely divested himself of. What we now also know is that Joe Biden wrote a second college recommendation letter – this time, for Li’s daughter.

The future 46th president also wrote a recommendation letter for Li’s daughter when she was applying to Georgetown University, The Post has learned.”

Li’s son and daughter were rejected from Brown and Georgetown respectively, despite Biden’s recommendations, The Post understands(.)”

Who knows why the Li kids weren’t accepted to these universities, but it certainly wasn’t for any lack of trying on their dad’s part. But please don’t ask Jen Psaki (who is probably counting down the days until she can spin for the Biden administration on MSNBC) about any of this.

She can do this for DAYS.

DOOCY: "Was it common for President Biden to do favors for Hunter Biden's international business partners, like writing college recommendations for their kids?"

She's trying to do the Jedi mind trick lol https://t.co/DnWpguxJP8

Well, we should probably add James Biden, brother of Joe, to the list of things the White House doesn’t want to talk about. Because the president’s brother has been trading on the family name – and taking cash from China right along with Hunter – for quite a while, too.

Bank records released by Republican senators this week indicate James Biden’s company, the Lion Hall Group, received payments from a Chinese-financed consulting group in 2018, before his brother Joe announced he was running for president. Grassley says that same year James Biden and the president’s son, Hunter, received monthly retainers totaling $165,000 — $100,000 to Hunter and $65,000 to James.”

(Senator Chuck) Grassley said his team obtained the records directly from the bank where the consulting group did business. He has spent three years investigating and described James and Hunter Biden’s business dealings as “very concerning.”

In a September 2020 report with Senator Ron Johnson, Republican of Wisconsin, Grassley alleged Hunter, James, and James’s wife Sara tapped into a line of credit Hunter set up with a Chinese business executive to purchase more than $100,000 in airline tickets, hotels and restaurants.”

Newly released records from Republican investigators show what appears to be the 2017 application for that $99,000 line of credit bearing the signatures of Hunter Biden and the Chinese executive.”

“These records we got are the first records that have ever been made public on this issue. Nobody else has them,” Grassley said.”

CBS News has also learned more than 150 financial transactions involving either Hunter or James Biden’s global business affairs were flagged as concerning by U.S. banks for further review. Some of those concerns included large wire transfers. Such banking reviews could point to deeper problems — or they could prove innocuous. Information shared with CBS News does not indicate the outcome of the banking reviews.”

Remember how Hunter was trying to avoid triggering the Foreign Agents Registration Act (FARA)? He knew – and his uncle James knew – that being registered as a “foreign agent” would draw too many eyes to their multiple international deals trading in on the Biden name. Joe, at this point, was a private citizen, but they had to know that there would be political fallout as well.

Hunter Biden made it clear that one of his goals was to avoid violating the anti-bribery Foreign Corrupt Practices Act or having to register as a foreign agent as he pursued potentially lucrative deals with the Chinese company, according to texts released by (Tony) Bobulinski in October 2020.”

“No matter what it will need to be a U.S. company at some level in order for us to make bids on federal and state-funded projects. Also we don’t want to have to register as foreign agents under the [Foreign Corrupt Practices Act] which is much more expansive than people who should know choose not to know. James has very particular opinions about this so I would ask him about the foreign entity,” Hunter Biden texted Bobulinski in May 2017.”

Again, this was ALL stuff that came out, via both the laptop and Tony Bobulinski, BEFORE the 2020 election. And the media not only ignored it, they actively got the story shut down. And they have the nerve to wonder why the public doesn’t trust them.

We know Joe has lied repeatedly about giving Hunter a helping hand when it came to making sure his ne’er do well son was able to pay his bills. The question really is, how much did Joe profit from these deals? That, we still aren’t certain of, even with Hunter’s complaints to his own kid about how much money Joe was taking.

In a 2019 text message to his daughter Naomi, Hunter Biden bitterly wrote, “I hope you all can do what I did and pay for everything for this entire family for 30 years.” He added, “It’s ­really hard. But don’t worry, ­unlike Pop [Joe], I won’t make you give me half your salary.”

Again, the Biden family grift was well set-up when Joe left the vice presidency. The problem was, his successor to the power and prestige of the Biden name was supposed to be Beau. Was the family influence – and the cash – starting to dry up? We can all see how blazingly incompetent Joe Biden is as president, and it’s clear the man is not present in his own administration.

What’s also becoming clear – as revealed by the media coverage outside the conservative outlets alone – is that Hunter Biden is being poised to be thrown under the bus. James might go right under with him. The media and the Democrats (but I repeat myself) have only one goal: protect Joe. The cleaner they can keep Joe’s hands from James and Hunter’s sketchy influence trading, the better chance of getting to 2024, when they can figure out who should run next. But the media wouldn’t be running stories about Hunter’s tax investigation – and the grand jury hearing testimony – if they weren’t already circling the wagons to protect Joe Biden. The longtime influence peddling by the Biden family may be finally coming to an end.

And we may never get a satisfactory answer to what did Joe know about any of this, unless a paper trail can be discovered. Apparently there is one advantage of going senile: you might be subject to the 25th Amendment, but you’ll never be indicted for your family’s money laundering and tax evasion.