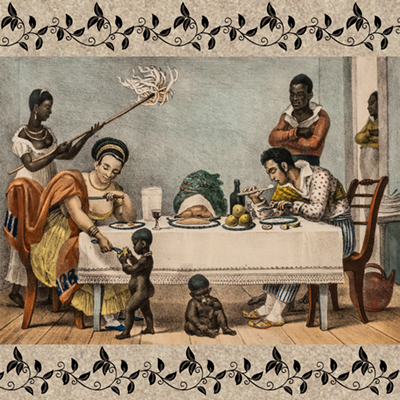 There has been a steady march over the last decade or so as higher education has moved to the reinstitution of race-based programs. Whether it is segregation of dorms and graduation or even the out-right discrimination against minorities who don’t know their place, Leftist, race-obsessed ideology has now circled back to 18th century slavery practices.

David Thompson points us to Asao Inoue, Associate Dean and Professor at ASU, who argues that grading is racist and literacy standards are white supremacy

What Inoue and other neo-segregationists demand is that black students be graded merely on their “labor” in the classroom and not on the quality of result of that labor. Turn in the number of physical pages required, regardless of what has been scribbled on them and voila! you pass!

Of course, we have already seen that black youngsters are not to be held accountable for showing up to class on time, turning work in on time, even being disciplined for beating up a teacher or two. All those are white supremacy standards.

Remember this? Taxpayer dollars went to this exercise of neo-segregation

And we’ve had other lectures from neo-segregationists about how math is white supremacy or even the standard way of music notation. And, of course, if white (or “white adjacent”) students succeed at math or literacy or music it must be due to racism. Nothing but racey racey racism.

The funny thing about all these neo-segregationists is their consistent claim they are doing it for black folk.

Which is really kind of like Margaret Sanger’s eugenics-based abortion campaign was about helping blacks, mongrels, and other social undesirables for their own good.

What you really have here from Inoue and others is a direct link back to the sentiments of the pro slavery folk of the 18th century:

In the 18th century there were no schools in the southern states of America that admitted black children to its free public schools. Fearing that black literacy would prove a threat to the slave system whites in the Deep South passed laws forbidding slaves to learn to read or write and making it a crime for others to teach them. (snip)

Some brave teachers such as John Chavis in Rayleigh, North Carolina, ran secret night schools. Teachers found educating black children would be run out of town. Margaret Douglass, who was caught teaching black children in Norfolk, Virginia, was convicted and imprisoned for her actions.

So even slavery proponents recognized that black folk were fully capable of literacy. That they could learn 2 + 2 = 4 or even how to write music for string quartets.

Now you know people like Inoue would never contract with a builder who was incompetent at math or a surgeon who got through med school graded only on his/her labor but not the quality of the work, so you must confront these people on their inherent racism that motivates their desire to keep black folk (and other pet minorities) illiterate, unskilled and emotional.