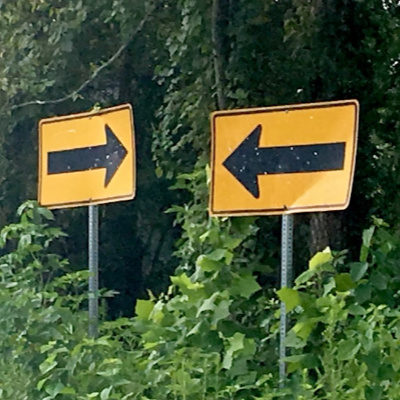 Next post
Decision Trees For Reopening Issued By CDC 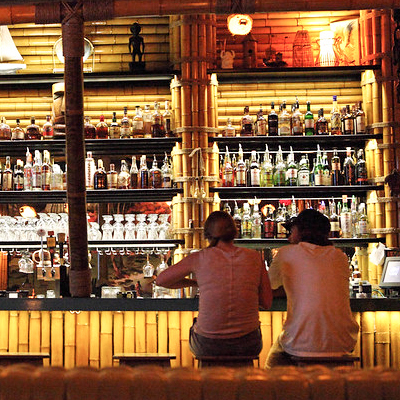 In case you missed it, Barstool Sports founder Dave Portnoy gave an epic rant about those who would kill the economy to “flatten the curve” and “find a cure.”

Calling it his “Emergency Press Conference — When Did Flattening the Curve Turn into Finding the Cure,” the self-styled “El Presidente” of Barstool Sports let loose in a nearly 4-minute tirade. And it is glorious.

But Portnoy wasn’t done. Not by a long shot.

“‘We’re not opening the city until we find a cure?’ What?? Find a cure? Who says we’re gonna find a cure? We haven’t found a cure to cancer. It took AIDS 20 years — do we even have a cure? So the economy is just shut down?”

Here’s Barstool Sports El Presidente in a balls-to-the-wall rant, which, so you know, is full of profanities. So here’s your NSFW warning, provided, of course, you still go to work.

Portnoy did make one mistake in his tirade — it’s Sweden, not Switzerland, that decided not to shut down. But that’s forgivable, because El Presidente was on a magnificent roll.

“I want to remind you that regardless of where you stand on the coronavirus, we don’t have the authority to do those things to people just because a mayor or a governor tells you otherwise. We don’t get to violate people’s constitutional rights because somebody in our chain of command tells us otherwise.”

But because Anderson appeared on video in uniform and in his police car, the Seattle police put him on leave. For some he is a hero, while others say he was wrong to violate police standards.

How ironic it is, notes Chicago Tribune columnist John Kass, that cops are standing up for constitutional rights. Meanwhile, the American Civil Liberties Union says not a word. Is the ACLU even interested in the Bill of Rights anymore? asks Kass.

Guess who’s more than happy to help government bureaucrats in stamping out freedoms? Social media scolds, of course, who want to point out how you’re an idiot for wanting to go outside. Or, if you do go outside, they’ll try to shame you into wearing a mask every damn time you set foot in public. They’ll post such memes on Facebook to remind you, too. 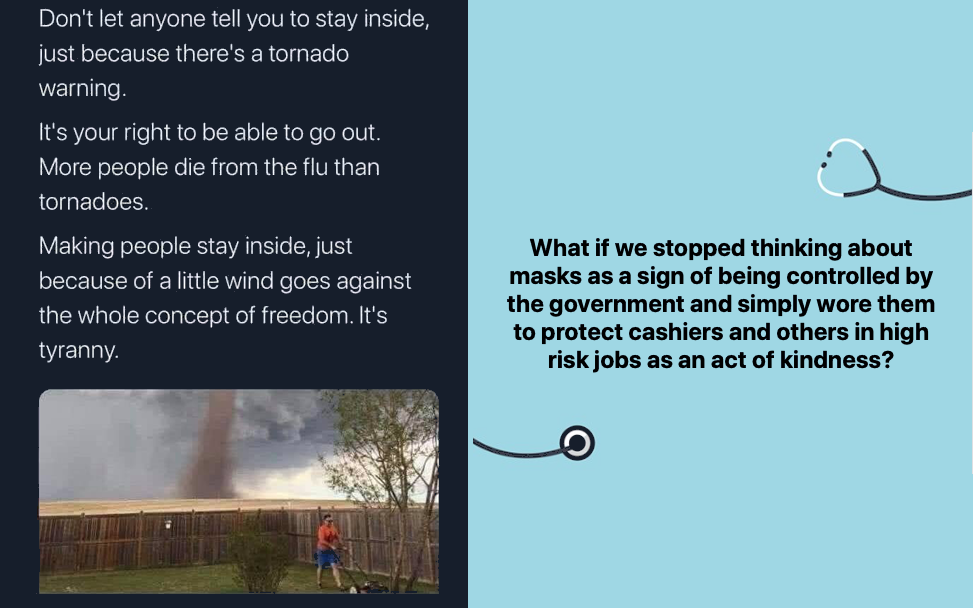 In my view, political memes are the fool’s form of argument, using colorful images they think make cogent points. They can’t buttress their points with logic, so they think such bumper sticker philosophy suffices as “wisdom.” Frankly, I hate memes. Well, except for cat memes, but I digress.

I don’t know where the idiot who made the tornado meme lives, but I live in tornado country so I know a thing or two. First of all, it is our right to go outside to see a tornado. No law “makes” you stay inside. Hell, when my husband was a college student in Wichita, KS, he and his best friend used to chase the damn things in a Volkswagen Beetle.

If I wear a face mask, it’s because I’ve chosen to enter a store or fly on an airline which requires them. But if I go outside, or to a different store, that mask is staying off. And guess what? No one has shamed either me or my husband for not wearing face masks in public. Maybe it’s a Midwestern thing, I don’t know.

But meanwhile, the government continues its quest for power by moving goalposts. First, they asked us to help “flatten the curve.” Now they want to keep denying us freedom until they can find a cure. Not only that, but they have mainstream media and social media sycophants who are happy to shame Americans who don’t oblige. Barstool Sports El Presidente Dave Portnoy doesn’t have Winston Churchill’s eloquence, but his rant speaks for me and lots of other Americans. We’ve done what they’ve asked. But this bullshit has to end soon before it destroys our economy and our constitutional freedoms.