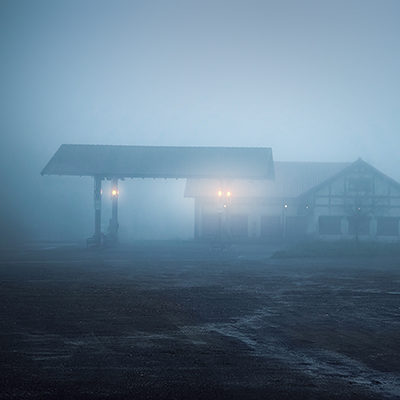 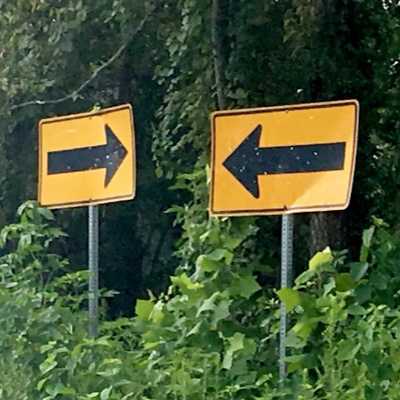 The Centers for Disease Control (CDC) has issued six decision trees to guide different parts of the economy in safely reopening. The decision trees are spectacularly labyrinthine and unhelpful. This is your tax dollars wasted again. There is, apparently, no one at the CDC with common sense.

I had to have dental work done today. My husband should have looked in my mouth before he asked me to marry him. We could have bought a luxury automobile with what we have spent on my dental care. I was nervous about going in. Not because of the dental work, I am inured to that. I was worried because I thought the pre-screening would be intrusive and rude. Nope, the dental technician did the instant thermometer read. Asked if I had traveled recently. The backyard doesn’t count. Asked if I had any symptoms. Had me wash my hands and do a hydrogen peroxide rinse. Then, the dentist and tech were their normal, gentle, selves. They had on personal protective equipment and the big, clear masks. No big deal. I actually think that’s how it should always be.

So, why on Earth does the government have to make everything so doggone confusing? Don’t answer that. I know. They justify their existence with this mumbo jumbo gobbledygook. Here is how Politico.com described the decision trees:

The CDC on Thursday released previously withheld guidance documents on reopening schools, restaurants and other institutions locked down during the pandemic, one week after the White House ordered the agency to revise an earlier draft it deemed “too prescriptive.”

“Watered down”? Here, from the CDC website is the Summer Camp version of the decision trees: 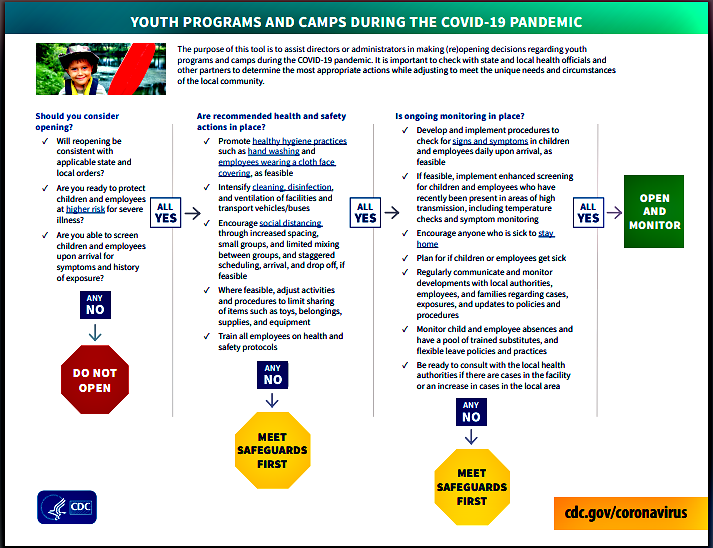 That’s clear as mud, right? Better have your lawyer on speed dial if you are even thinking of opening your school, your summer camp or your restaurant. The New York Times, that bastion of muddled thinking, approves:

But the simple slides, which include arrows, stop sign graphics and links to further resources, could still aid principals, bosses and others faced with tough decisions about whether to reopen. Nearly every state has eased restrictions on some businesses following the stay-at-home orders that have drastically altered daily life in most states.

The other five slides are decision trees for schools, mass transit, child care facilities, the workplace, and bars and restaurants. There is no decision tree for churches, synagogues or mosques. This is a particularly touch subject for the government at every level. Some Governors have threatened pastors and rabbis for having services outside and NYC Mayor de Blasio threatened to permanently close any house of faith that held services.

Steve Forbes wrote two months ago about the flat-footed CDC response to Covid-19:

The CDC acted on its own with the haste of a lazy tortoise. Screening procedures were too onerous and bureaucratic. Compounding this felony, the CDC’s initial testing kit was flawed. Oops!

Dr. Robert Redfield testified, remotely, just two days ago, before the Senate. As you will note, there is absolutely nothing in his opening statement that we did not know two months ago, when we first went under house arrest:

Is it just me or did Redfield say the word “surveillance” way too many times.

After two months, these decision trees were the best the CDC could come up with? Again, from the New York Times:

The public release of the guidance follows a tumultuous back-and-forth between the C.D.C. and the White House. Trump administration officials had sent back initial recommendations, arguing that they were too prescriptive and rigid when the density of confirmed coronavirus cases can fluctuate widely from county to county. Some federal agencies also said the draft guidelines could harm businesses and the economy.

Gee, imagine that? This federal agency could harm local businesses with their prescriptions. How about letting local governments work with the population to determine their own guidelines? Nah, that would be too easy.

The CDC decision trees are useless. Thanks again, CDC.

Covid Vaccine Takes A Day Off