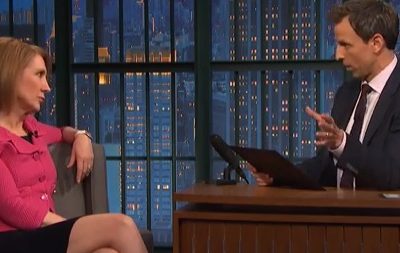 Next post
P5+1 Nuclear Deal With Iran Is Bad For U.S. National Security

As is usually the case, there is enough blame to be spread around for the problems in Baltimore. Despite a factually weak case for excessive force, Freddie Gray’s death has prompted the decades-long Democratic leadership to take a more serious look at its law enforcement. Mayor Stephanie Rawlings-Blake has asked the Department of Justice to conduct a pattern or practice investigation of the Baltimore Police Department. The DOJ already has one investigation underway regarding any civil rights violations suffered by Gray, but the pattern and practice investigation would be a more widespread evaluation of the department. If any violations are found the penalties are restricted to DOJ directives or injunctions to the agency mandating the reform of policies or procedures.

The types of things investigated under a pattern or practice probe involve excessive force, false arrests, discriminatory harassment, and unlawful stops and searches. No discrimination need be found in order for the DOJ to show a pattern or practice of misconduct. This investigation is focused on the agency as a whole and no one person. There are no individual remedies allowed, nor are there are punitive fines available under this action.

A pattern or practice investigation was also conducted in the Michael Brown case in Ferguson, Missouri. While no criminal charges were ultimately brought against Officer Darren Wilson, the DOJ concluded its investigation by finding systemic discrimination against blacks by the police and the municipal courts. It found that blacks were subjected to more stops, searches, and citations than should be suggested by their percentage of the population. The DOJ also found that in cases where force was used, 88% of the time force was used against blacks, when they make up only 67% of the population.

I suspect that problems will be found in Baltimore, though perhaps not discriminatory ones. Blacks in Baltimore makeup 63% of the population, but only 30% of the population in all of Maryland. The department itself is reported to be 43% black. Historically, the police department has been troubled with poor relations with the black community, but half of the officers charged in the death of Freddie Gray are black. It’s hard to say whether racial discrimination will be a factor in this probe, but it’s a sure bet that Baltimore’s known problems with excessive force and arrest quotas will certainly be center stage. The city has paid out over $5.7 million tax payer dollars in settlements since 2011 over excessive force complaints.

Clearly a problem with excessive force has been known to Baltimore leadership for quite some time before the death of Freddie Gray – a case where it is still unknown to the public how the injuries were sustained and where no officers are even charged with a physical assault. The case of Freddie Gray itself does not warrant an excessive force DOJ investigation, but the continuous drain on public money to pay for police misconduct certainly does.