Amanda Marcotte Is An Ignorant Racist 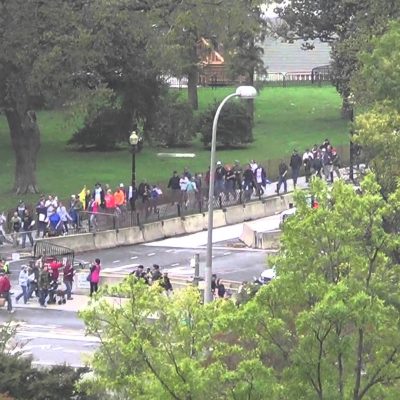 Amanda Marcotte Is An Ignorant Racist

Ah, Twitter.  That glorious medium of social expression that allows people to compress thoughts into 140 characters or less and make unfiltered public statements.  Some are more unfiltered than others.  Especially Amanda Marcotte.

Why write about Amanda Marcotte again?  I wish she could be ignored, because I find most, if not all, of her opinions absolutely useless.  However, she reflects a segment of the culture that should not be ignored, but engaged and ridiculed.  And so, I humbly offer my services in this department yet again.

People who defensively claim it’s not racist to criticize the President are criticizing the President for racist reasons 99.9% of the time.

Wow.  99.9% of the time is a BIG number.  Meaning that, in Amanda Marcotte’s eyes, anyone who criticizes the President for any reason is a racist.  And if they deny being a racist, that just means that they are dishonest closet racists.  And since Amanda Marcotte agrees with the President 99.9% (or more), what she’s really saying is that anyone who disagrees with HER is a racist.

As someone who is just as white as the President, let me say, Amanda, you are an ignorant racist (and also severely uneducated in scientific analysis).  To assume a racial motivation in either the personal or political dislike of a person, no matter what their color, reflects something very vile and ugly about you.  It means you only see a person’s color, and that the content of their character is not as important as what color they are.

Someone we honor every January 15th led a whole movement against your perspective.

When I say, “I disagree with Joe Biden’s position on gun control,” does that make me a racist?  No?  Then why would the intent of the sentence change if I replaced Joe Biden’s name with Barack Obama’s?  Hello?  Amanda?  Can you explain that to me?  Disagreeing with the President on policy, or on social issues, or thinking that he is arrogant and petulant in his conduct, is automatically racist?  (Psst, Amanda – I’m a minority, and you’re disagreeing with me, so are you now automatically a racist?  Just asking.)

If you are going to be standing up against racism, Amanda Marcotte, then I would like you to be honest about it, and admit that those who use names like “Uncle Tom” or “House Negro” against those that they dislike politically or personally are racists.  When Supreme Court Justice Clarence Thomas, or Dr. Ben Carson, or Senator Tim Scott, are called those kinds of names, where are you?

I’m waiting.  Somehow, I don’t think you’ll be getting back to me.  Which, quite frankly, says an awful lot about you.