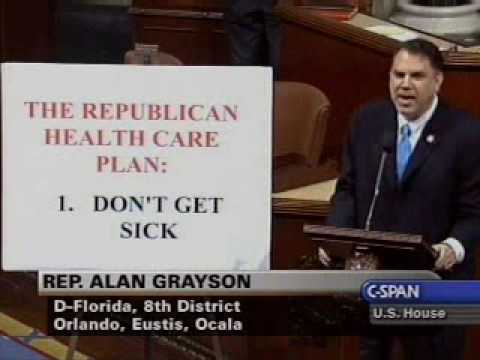 Democrat Alan Grayson burst onto the D.C. scene following the 2008 election as a freshman congressman from Florida, representing that state’s 8th congressional district. His frequent brash, unabashed vitriol often made its way into televised sound bites and talk radio. From accusing the GOP of wanting sick people to “die quickly,” to attacks on Rush Limbaugh, we could count on Grayson to lob malicious monkey doo at just about any of his political foes. In a radio interview, Grayson had this to say about senior Federal Reserve adviser, Linda Robertson:

In the 2010 GOP midterm tsunami, Grayson lost the seat he’d held in Congress after just one, albeit seemingly endless, term, to the GOP candidate. But karma was not through with Mr. Grayson just yet.

Many of us who recalled Mr. Grayson’s repugnant antics in D.C. were horrified to learn of his second bid to win a seat in the House of Representatives, this time for Florida’s 9th congressional district. And even more horrified when he won (what in blazes, Florida???), particularly given the fact that his vicious demeanor seemed to have grown ten-fold, again spewing verbal vomitous like this little pearl:

“One could go on and on, because there is overwhelming evidence that the Tea Party is the home of bigotry and discrimination in America today, just as the KKK was for an earlier generation. If the shoe fits, wear it.”

Never mind that Grayson could never produce any evidence to support his slanderous, tired assertions. Mr. Grayson, like the good progressive minion he is, prefers acrimonious vilification to verifiable facts any day of the week. Which makes the news of his most recent investment experience even sweeter: Seems a scammer has left Mr. Grayson’s pocketbook eighteen million dollars in the red. Now pardon me for a moment while I laugh hysterically.

Phew. Now, I don’t wallow in the economic misfortunes of reverent, honest, hard-working Americans. Far too many of us are struggling daily in the progressive nightmare that is the Obama regime and warrant compassion. Alas, none of those descriptors pertain to Mr. Die Quickly. The political malignancy known as Alan Grayson suffered this:

But instead, Chapman was selling the stocks and using the money for his personal luxury, buying things like a Ferrari, a Lamborghini and a home that was worth $3 million, leaving him no money to pay back investors. He defrauded investors out of over $35 million total, and, on Friday, he was sentenced to 12 years in jail.

“That’s why [Chapman] is going to prison for a long, long time,” Grayson told the AP. “At least in the end, some kind of justice was served.”

Grayson’s name was not supposed to be made public in the court proceedings, in which the AP says he is referred to by his initials, but his name appears twice — something Grayson said he thought was “unfortunate.”

“They should have been more careful, should have used my initials throughout rather than using my name,” he said.

Sure, “they should have been more careful.” Like the judiciousness you displayed when you voted “yes” on a bill you failed to read that helped saddle us with the government ponzi scheme known as ObamaCare, defrauding millions and millions of Americans in its seemingly perpetual wake? Is that the “care” to which you refer, Mr. Grayson? How about that “Die Quickly” now? Pretty prophetic, huh? But I digress…

Karma is indeed a bitch. And this time she is wielding her gut punch straight into the putrid entrails of Alan Grayson. Let’s hope that theme continues into the 2014 midterms, when Floridians once again have the opportunity to kick his carpetbagging backside out of office a second time. It couldn’t happen to a nicer misogynist. 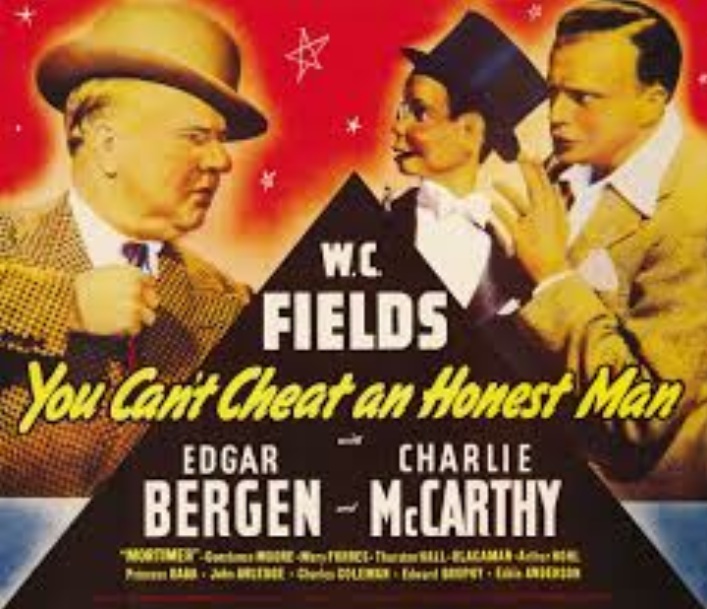