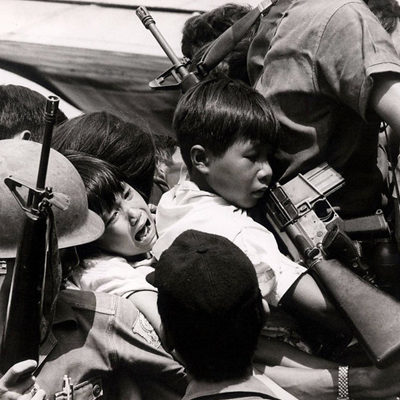 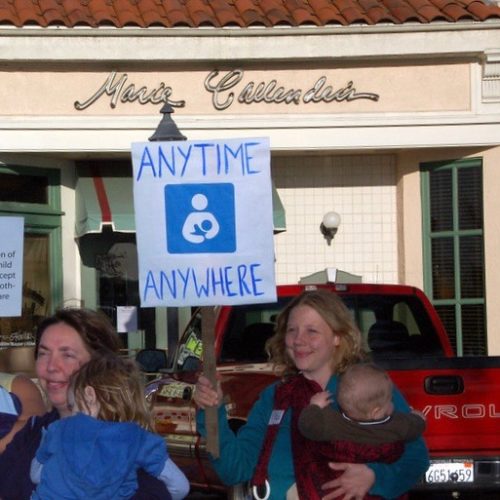 In an effort to be “more inclusive”, the Academy of Breastfeeding Medicine (ABM) has suggested that the term, “breastfeeding” is no longer inclusive enough. ABM has come up with their own terms to replace “breastfeeding”.

“Let’s go with ‘father’s milk’ or ‘chest feeding'”, says the AMA. Why? Well, to use the term “breastfeeding” or “mother’s milk” indicates that only a woman can perform these tasks when we all know in this world of delusional rainbow-spouting unicorns that men (who identify as women) can obviously do the same and some feel left out of the whole process of bonding with baby. We all know men (who identify as women) can also breastfeed, right?

Language, interpretation, and translation are constant considerations for ABM. We affirm that lan- guage has power. This is demonstrated in linguistic rela- tivity and determinism, both theories explaining how the structure of a language impacts thought and behavior. Im- plicit biases affect the language we use, and thereby con- tribute to gender inequality and health inequities, which contribute, in turn, to rising morbidity and mortality of vulnerable populations.”-The Academy of Breastfeeding Medicine

Here we go again, folks. More of that linguistic theft from the “global community”. Citizens of the world who don’t just school their kids, they world school them (yes, I have heard this term before). They also “chestfeed” them, “parent feed” them and give them “parent’s milk”. Sometimes until their children have had their adult teeth come in. Literally and figuratively.

Language has power. Yhe language that we use should be as inclusive as possible when discussing infant feeding. When working with patients it is best to ask them their affirmed terminology. When communicating medical research, language should accurately reflect the population studied so as not to mask research needs.”-Dr. Laura Kair

The ABM has deemed that “inclusive breastfeeding language” is more important than biology. This, and they are not even tiptoeing around biology, they are discarding this and throwing science out the window. Years and years of science. Years and years of schooling in throughout high school, college, medical school to understand male and female biology and reproduction in favor of narcissistic, altered reality. Matt Walsh sums this up well:

Birthing person milk should suffice in the above depiction should “daddy” try to feed baby. However, the male who identifies as female (and “mom”) wants to be female so badly that HE (and his partner) are willing to deprive their helpless, (of course, non-binary) child of necessary nutrients to thrive. The ABM is buying into all of this and feeding this mental illness. Actually, “birthing person” is not an acceptable according to the ABM. Why?

‘Birthing people’ may be substituted for ‘mothers’ so that nonfemale people are included, but this term would also include gestational carriers, gestational surrogates, and women whose infants are adopted by others, and such people may not fall within an author’s intended meaning.”-Academy of Breastfeeding Medicine

The argument that ABM is making is that breastfeeding is an important bonding experience between mother-oops-excuse me-parent-err-birthing person and child (eye roll). But while the ABM is attempting to be intersectional and inclusive and equitable in their language, they ignore the concept of other bonding activities non-binary individuals can have with their children. It does not have to be breastfeeding…except, in their world, it does. This is of detriment to the innocent child brought into this world.

When my son was a 3-pound baby in the NICU, the lactation lady hounded me (not my husband) for colostrum (AKA “liquid gold”) for an immune system boost. This was something only I, as the mother who gave birth to him, could produce. While in the NICU for only a week, (our now teenager was an accelerated graduate), the doctors and nurses in the “feeders and growers” unit encouraged another form of bonding for my husband (and me) called chest-to-chest. The idea of holding baby up close to one’s bare chest creates a bond, a feeling of closeness and security, as the child who was born early hears the heartbeat of the parent. Never once did the doctors or nurses try to get our son to latch on to my husband at that point. He did his while I frantically pumped to amp up my supply and because if I didn’t, it was painful. Why? I guess you could say it’s due to biology. The mother’s breasts engorge after childbirth, not the person who identifies as mom. Can’t be helped.

Let’s empower women, but erase them at the same time. 🙄 so contradictory

No longer can one say only a woman can give birth. This has doctors apologizing and doing the walk of shame. The ABM is on board with this behavior. So is The National Abortion Rights Action League (NARAL), claiming that the term “mother” was specifically gendered.

When we talk about birthing people, we’re being inclusive. It’s that simple. We use gender-neutral language when talking about pregnancy because it’s not just cis-gender women that can get pregnant and give birth. Reproductive freedom is for *every* body.”-NARAL

Not being inclusive to the HUMANS other humans choose to abort, now are they? Reproductive freedom? Sure. It’s for *every* body. Breastfeeding? Nope. Not for *every* body, ABM. Next up: new terminology for the word, “gonads”. Apparently, “women” now have those, too. Science.