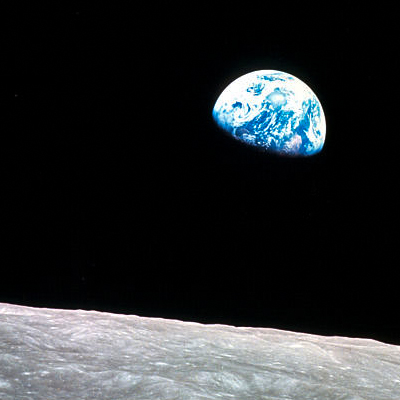 Previous post
Earthrise, the Photo Which Soothed a Broken Nation 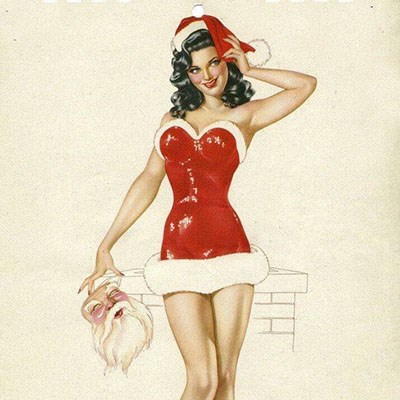 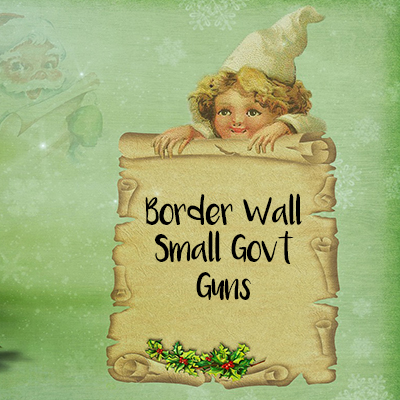 by Jodi Giddings in holidays 7 Comments

The list is long. The country is divided. And we’re bickering with one another over trivial things. But there are important items crucial to the health of our Republic that this Victory Girl wants for Christmas. And the top five items on my Wish List include:

1. A Big Beautiful Wall™ (*with a door in it). It can be bedazzled; it can be sand-colored; Chuck ‘N Nancy can even design it, I don’t care; but enough of this “fundamental transformation” of America (where the goal is permanent one-party rule, doncha know, despite the ramifications uncontrolled immigration is doing to America). We need a physical barrier…

That when polled 95% of active front-line border patrol agents said YES to wanting a wall when surveyed?

…and we need it now. And to those who continue breaching our borders, and to those who encourage it: respect our laws and get in line. And kindly knock on our door before you enter.

2. Do your job, Congress! In case you haven’t heard: the world as we know it has ceased to exist, and we’re all likely to die soon. Why? Because the federal government has (partially!) shut down. And the Left would have us believe that never before in the History of Ever has this happened. Except…it happens frequently. In fact, Congressional Democrats forced a shut-down earlier this year as they fought on behalf of…yup, illegal aliens. And one could make a cogent argument that the same is happening now: the people that spend our hard-earned tax dollars on shrimp treadmills is balking at the thought of dedicating five billion dollars toward a southern border barrier to hinder illegal immigration. Never mind that the federal government’s primary role is national security (oh, did you think it was health care and funding Planned Parenthood?), they’re verklempt over spending what amounts to a penny in their otherwise bloated, deficit-riddled budget on urgent national security.

Securing our border shouldn't be a partisan issue.

In 2013, every single Senate Democrat voted for $46 BILLION in funding that included 700 miles of fencing.

Chuck Schumer and Nancy Pelosi's opposition now proves they're putting politics above the safety of our communities.

Yes, this is the same bunch of worthless, overpaid, taxpayer-funded-sauna enjoying miscreants who spend money we don’t have, on things they have no business sticking their noses in, and who just earlier this year offered funding for President Trump’s aforementioned Big Beautiful Wall™. So the second thing I’d like for Christmas is a companion gift to the first: for Congress to do its job and secure this nation—not as it sees fit, but how those on the ground, defending our border day in and day out, suggest. And that includes a physical barrier. So do your jobs, Congress. Your political games—which have no financial consequence to any of you given you’re exempt from salary-withholding during the shutdowns caused by none other than yourselves—are grotesque.

3. Equality; REAL equality. No, not the orchestrated, “social justice” kind that makes us all equally broke and miserable a la the Venezuelan Model; but the get-the-government-the-heck-out-of-the-way kind, so that everyone, regardless of where we start out, has a solid shot at the American Dream. Through hard work, determination, and innovation, we can be anything here in America, as long as we’re not saddled with wet blankets via high taxation, over-regulation, and government policies that hinder entrepreneurship (I’m looking at YOU, Barack Obama). That’s what creates true equality: equal access; not equal outcome. Here’s a great explanation of why income inequality is a GOOD thing:

Exactly. What’s truly “unfair” is for those that have already succeeded kicking the ladder out from under those of us still working to climb up.

4. Most importantly, I wish for our military personnel, working tirelessly abroad to protect us, to make it back home safely. Keep them in your prayers tonight as you sit down to dinner with loved ones. Because they’re the reason you can.

5. And finally…these holsters. Because we can. And girls love guns. 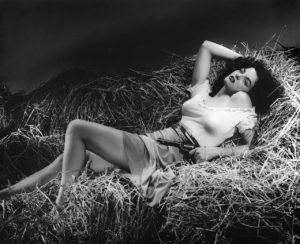 All I want for Christmas…is a Taurus .357 revolver to house in my shiny, new, concealed-carry holster. Because Second Amendment, that’s why. (Image Credit: Pixabay, Creative Commons License)

So that’s my personal Christmas Wish list, whittled down to just the essentials; what’s on yours?

And with that, from all of us to all of you: A very Merry Christmas! And thank you for your readership! 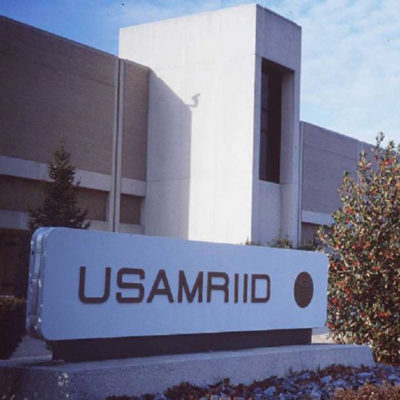