Oh No! It Isn’t Just About White Privilege Anymore-What About Lesbian Privilege?

So this week I am departing from my streak of shari’ah coverage to bring you an interesting (if not downright amusing) look into the minds of those curious life forms known as Millennials. These can be seen on college campuses across the nation, and can be observed near the water coolers and coffee machines of offices across our great nation discussing burning neo-socialist ideas like the movement known as “15 NOW!” which is the move to push the Federal minimum wage to $15 per hour. Another interesting side of Millennial culture that can be observed in this generation is the interesting concept of “privilege”. This word is most often paired with the term “Check your” -as in “Check your privilege” which is defined by the Urban Dictionary (not usually a bastion of Conservative thought) as:

“A term screamed by far left sheltered liberals when they hear a white person say something that might offend someone that isn’t a straight white male. You will have this term screamed at you if say anything offensive to the LGBT, blacks, or any other kind of person thats not white, straight or male.”

You see privilege applies to many “minorities” in the Millennial culture, as listed in the quote above. One that has been a focus discussion with friends of mine as of late has been the concept of lesbian privilege. If you are settling back in your chair and rubbing your forehead, wondering just what “lesbian privilege” is, I have some examples for you to ponder. One comes to me from a site called xojane.com from a blog posting entitled “After 15 years of Lesbianism, I Am Dating Men And I Have No Idea What I Am Doing”. This was a hilarious look into the mind of a former “Gold Star Lesbian” (this is a new term for me, and I had a lesbian roommate in college! Who knew?) who at the age of 35 is learning those valuable lessons most of us straight women learned from our mothers and girlfriends when we were about 15. Things like:

“How to catch a man. Gift-giving tips. Recipes for romance. Is he marriage material? Are you? What exactly is marriage material? Probably chiffon. 1001 sex tips. I’m sorry, did you just tell him you love him AFTER labor day?  Whatever you do don’t order chai. Men hate chai.  1001 flirting fails. Clothing men hate but women love.  Your tank top repulses him.  Are those culottes? Who do you think you are? Lena Dunham? Men HATE Lena Dunham.  Your bra straps are showing, you whore.”

I have to be honest reading this blog posting, I was rolling on the floor laughing my straighter than straight posterior off at these things. At least she did not stumble upon the book “The Rules: A Dating Journal” or she would have really been lost! She was also struggling with concepts like “Should I play hard to get?” and other various amusing things that every woman has struggled with since the inception of time. I answered a posting on Facebook discussing the post as “LOL! This was HILARIOUS! We straight ladies have thought WTF about menfolk at some time in our lives! Welcome!”, and I meant it. Really ladies, who among us has not looked at our husband or boyfriend and thought “WHAT PLANET ARE YOU ON??”. Show me a woman who denies it and I will show you a pretty little liar.

Another, less amusing, example of lesbian privilege comes to us from my dear friend Daylight Disinfectant as a result of an investigation he did on campus conferences at a local University. He attended a radical feminist conference (brave of any man) and got some prime video of many crazy things but the one that stood out to me as a great example of this lesbian privilege concept was a woman named Lierre Keith who gave a presentation during which she had a giant slide of a penis on the wall behind her calling for the abolition of the white race (of which she is a member) and of men (who she bears a striking resemblance to). At the closing of her presentation she says:

“Liberty and a living planet will only be won when masculinity, its religion, its economics, it’s psychology and it’s sex is resisted and finally defeated.”

I doubt that she, and her ilk, would know anything of liberty. You can see the whole four minute presentation here. In short, I question where our society is going when certain groups are seen to have “privilege” over other groups. What ever happened to Gallatians 3:26 “So in Christ Jesus you are all children of God through faith”? Oh, right, I forgot that would be seen as Christian privilege. Perhaps we all just need to stop seeing ourselves as victims of one another and simply work together. What a concept!

As if all the court rulings flouting the Constitution and striking down state bans on same-sex marriage are not enough in recent years, we now have a…

END_OF_DOCUMENT_TOKEN_TO_BE_REPLACED 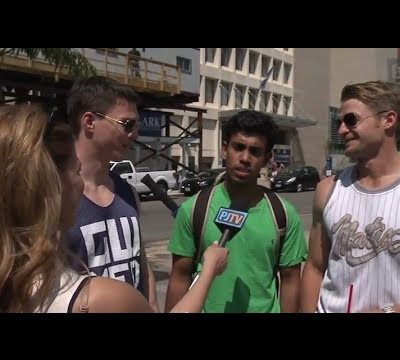 Dear Mrs. Clinton, I read this morning that you “wonder” why people are still talking about Benghazi in your new book, “Hard Choices”. For such a smart…

END_OF_DOCUMENT_TOKEN_TO_BE_REPLACED

Just a few hours after meeting with and speaking to a homeless veteran group, V.A. Secretary Ric Shiseki has tendered his resignation, President Obama tells us. He…

END_OF_DOCUMENT_TOKEN_TO_BE_REPLACED

Another entry in how the Religion of Peace deals with family disagreements. The story broke earlier this week about the death by stoning of Farzana Parveen, in…

END_OF_DOCUMENT_TOKEN_TO_BE_REPLACED

A massive surge in future Democratic voters, er, I mean illegal aliens from Mexico. Tens of thousands of children unaccompanied by parents or relatives are flooding across…

END_OF_DOCUMENT_TOKEN_TO_BE_REPLACED

TrueCrypt: Shut Down Due to Security Issues, Changes the Face of Encryption

TrueCrypt, a free encryption tool that has been recommended as the standard for years (including here on VG by this author) has just been shut down, citing…

END_OF_DOCUMENT_TOKEN_TO_BE_REPLACED

The very thought that our veterans, the men and women that fought for our freedoms, are now being mistreated, is abhorrent.  How could we have known, though?…

END_OF_DOCUMENT_TOKEN_TO_BE_REPLACED

Twitter is a unique form of modern social communication, in that the “average” person can communicate directly with celebrities and people in power without going through any…

END_OF_DOCUMENT_TOKEN_TO_BE_REPLACED 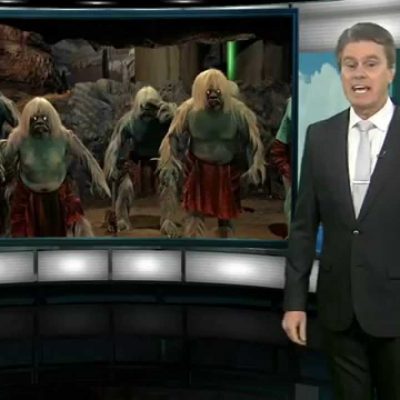 First off, let’s start with this gem from Bill Whittle.  WARNING!  it is coffee spewing good. And it got me to thinking about something that I saw…

END_OF_DOCUMENT_TOKEN_TO_BE_REPLACED

Hang on to your ukulele, but President Waikiki thinks “native” Hawaiians need their own government. Hawaiians voted in 1959 to join the USA – just a little reminder,…

END_OF_DOCUMENT_TOKEN_TO_BE_REPLACED

Over the Memorial Day weekend, twenty people were murdered in heavily gun-restricted Chicago. Eight more were wounded in gun-restricted Detroit. But those victims are mostly nameless and…

END_OF_DOCUMENT_TOKEN_TO_BE_REPLACED

We hear it every year:  Memorial Day is for remembering the fallen.  This is a concept that we know and hold sacred.  Certainly we remember that they…

END_OF_DOCUMENT_TOKEN_TO_BE_REPLACED

“They hover as a cloud of witnesses above this Nation”

I’m not worthy to write about Memorial Day. I haven’t the slightest clue what going into battle means.  I don’t know the first thing about that kind of…

END_OF_DOCUMENT_TOKEN_TO_BE_REPLACED

The Making of an American Patriot

We took our first family trip in almost 6 years last month.  This is no small feat, because the last time we took a family vacation, my…

END_OF_DOCUMENT_TOKEN_TO_BE_REPLACED

Rep. John Conyers, the Democrat from Michigan, has been representing a large portion of Detroit for 24 terms.  His campaign team neglected to follow Michigan election laws….

END_OF_DOCUMENT_TOKEN_TO_BE_REPLACED

There have been but three occasions in my life where I have felt true pain, helplessness, and grief, and those were the three situations involving two of…