I’ve spent some time defending my generation. While many of them are your typical twenty-somethings — idealistic, empty-headed liberals who believe whatever their college professors or favorite Hollywood celebrities say — there are plenty of us out there who are different. Think of me. Think of Jason Mattera. Think of Lila Rose. Think of the men and women who witnessed 9-11 and joined the military to defend our freedoms. We may be outnumbered, but we’re out there. And unfortunately, many of the young, naive liberals who voted for Obama are doing nothing more than swallowing the crap they’ve been spoon-fed for much of their lives. If they didn’t encounter indoctrination in middle school, they surely heard it in high school or college. They watch MTV and hear the celebrities they idolize spewing left-wing drivel and they believe it, because it backs up what they’ve heard their college professors say. They join up with the left-leaning Rock the Vote for their first election and think that they’re getting the facts, and they think they’re doing a good thing. Young people are typically liberal because they simply haven’t grown up yet, haven’t had to live with the consequences of liberal politics, haven’t had anyone show them any evidence of why conservatism is better. As they get older and start taking on more responsibilities, they usually become more conservative.

For many of the people making up my generation, however, that growing-up phase may be coming sooner rather than later. The kids who so enthusiastically voted for Obama may be regretting it now that his policies are making it harder and harder for them to get a job.

The number of young Americans without a job has exploded to 53.4 percent — a post-World War II high, according to the Labor Dept. — meaning millions of Americans are staring at the likelihood that their lifetime earning potential will be diminished and, combined with the predicted slow economic recovery, their transition into productive members of society could be put on hold for an extended period of time.

The number represents the flip-side to the Labor Dept.’s report that the employment rate of 16-to-24 year olds has eroded to 46.6 percent — the lowest ratio of working young Americans in that age group, including all but those in the military, since WWII.

And worse, without a clear economic recovery plan aimed at creating entry-level jobs, the odds of many of these young adults — aged 16 to 24, excluding students — getting a job and moving out of their parents’ houses are long. Young workers have been among the hardest hit during the current recession — in which a total of 6.9 million jobs have been lost.

“It’s an extremely dire situation in the short run,” said Heidi Shierholz, an economist with the Washington-based Economic Policy Institute. “This group won’t do as well as their parents unless the jobs situation changes.”

They not only won’t do as well, but they’ll have trillions of dollars of debt to contend with as well. And without getting a head start on their career path, they’ll be finding it difficult to invest and save for the future — for having children, for paying for those children’s college tuitions, for their retirements, and so on. It’s a bleak outlook right now for young people, who have a hard enough time getting ahead as it is, especially when so many young people have literally tens of thousands of debt to pay off from student loans. With this economy being so slow to recover, it’s unlikely that this situation will change much. And unless they’ve been smart with their money from the beginning, things could be extremely rough for them for the next ten to fifteen years.

OK, kids. Today we’re going to have a lesson on right and wrong. For those of you who think that communism is a good thing, raise your…

END_OF_DOCUMENT_TOKEN_TO_BE_REPLACED 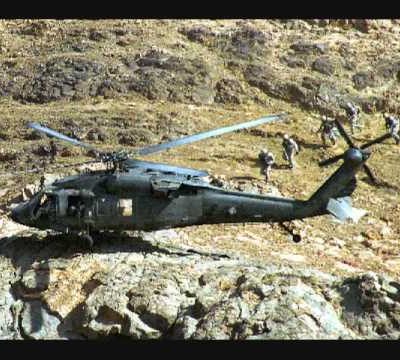 ok it is no big secret that i am a HUGE mark levin fan. yesterday’s opening of his radio show was the very best evah!! you have…

END_OF_DOCUMENT_TOKEN_TO_BE_REPLACED

Those of you on the eastern seaboard had better prepare yourselves and check your heaters, because meteorologists are predicting the coldest winter in a decade. This is…

END_OF_DOCUMENT_TOKEN_TO_BE_REPLACED

Out of Sand Hill – Venable Elementary School, we get yet another creepy indoctrination video. And I can’t decide which is creepier — these kids singing to…

END_OF_DOCUMENT_TOKEN_TO_BE_REPLACED

Our Nation’s Most Sacred Shrine

Sunday, on the way back from Pennsylvania, Matt and I stopped to spend a few hours at Arlington National Cemetary, or, as they called it, “Our Nation’s…

END_OF_DOCUMENT_TOKEN_TO_BE_REPLACED

I get the feeling we’re going to be seeing lots and lots of these kinds of videos. The “prophet” Martin Luther King, Jr? Deliver us, Obama? Hear…

END_OF_DOCUMENT_TOKEN_TO_BE_REPLACED

Roman Polanski needs to be brought to justice

In the more open, enlightened part of the world known as Europe is furious at the barbaric United States of America. See, we here in the United…

END_OF_DOCUMENT_TOKEN_TO_BE_REPLACED

in march of 1977, a 13 year old girl was given champagne and a quaalude and then raped and sodomized by famous film director roman polanski. polanski…

END_OF_DOCUMENT_TOKEN_TO_BE_REPLACED

holy crap! someone is seriously going to hell. note to self: 1) never, ever stand next to obama. 2) look out for lightening bolts.

obama: ‘a mite too impressed with his own aura’

obama’s minions are restless. the very people self-centered enough or naive enough to elect one of the most damaging, country-destroying crop of politicians america has ever seen,…

END_OF_DOCUMENT_TOKEN_TO_BE_REPLACED

barack obama has no intention of winning the war in afghanistan. you realize that don’t you? he clearly does not value being the commander in chief of…

END_OF_DOCUMENT_TOKEN_TO_BE_REPLACED

pulitzer prize winner william safire was a great reporter and a conservative commentator. the william safire ‘on language’ column for the nyt was something awesome; he was…

END_OF_DOCUMENT_TOKEN_TO_BE_REPLACED

by now, we’re all pretty use to the way the mainstream media and other cretins describe sarah palin — it’s usually less then fawning. there was letterman’s…

END_OF_DOCUMENT_TOKEN_TO_BE_REPLACED

The indoctrination of our children continues

The indoctrination of America’s children continues in this horrifying new video that just surfaced in the last few days. Check it out: The school is B. Bernice…

END_OF_DOCUMENT_TOKEN_TO_BE_REPLACED

Mayor Bloomberg is a flaming hypocrite, what a surprise

So, it turns out that, like most liberals, Michael Bloomberg is a flaming hypocrite. Just about everything liberals tell us that we “have” to do, they aren’t…