It’s a nice break from her talk about how Americans are so ignorant, so mean. And she had said before she’d never before been proud of her country in her entire adult life. Well, that’s all apparently changed.

According to Michelle, she actually met some real Americans and was shocked to know that they had values! They cared about their kids! They were nice!

Oprah Winfrey: How are you a different woman today than you were when Barack Obama announced his candidacy in 2007?

Michelle Obama: I’m more optimistic. More hopeful. It comes from traveling all over America and connecting with so many different people. And this was long before anyone thought Barack had a chance. This was the kindness of strangers. I think we should all have to get to know one another around kitchen tables. It changed me. It’s helped me to give other people the benefit of the doubt.

Winfrey: What did you see that changed you?

Obama: I saw our shared values. We fundamentally want the same things for ourselves and for each other. We want our kids to be safe and to grow up with some resources and aspire to a slightly better life than ours. No one’s looking for a handout. People just want fairness and opportunity.

Winfrey: That’s so good to hear. Because you know what? We live in an “American Idol” culture where it seems like everyone just wants to be in the spotlight.

Obama: That’s not the America I saw. People value their communities. They’re rooting for one another. Even in places where I thought people wouldn’t accept or relate to me, I always walked out feeling like, “Wow — that was fun.” That changed me. And it helped prepare me for this. Because I think if you’re going to be first lady, you have to believe in the possibility of what this country stands for. You have to see it in action and know what you’re working toward.

One, it’s interesting to hear Michelle Obama talk about real Americans! as if they were some kind of specimen to be studied at the zoo, or some new civilization found on a distant island no one’s ever visited before. Reading the interview, I kept getting this feeling that interaction with us common folk in Flyover Country was something Michelle Obama had never before encountered, and it was just so shocking to find out that we were normal.

Which brings me to point number two. Why is it that so many liberals are always so shocked to find out positive things about Americans? They always seem so surprised to find out that Americans are good, intelligent, generous, caring, compassionate people. Michelle Obama had the same attitude. It was apparently such a shock to her, it changed her entire worldview. She’s more optimistic now! She’s happier, more hopeful! And all because she found out that, hey, maybe Americans aren’t bitter, ignorant, and mean.

Apparently, there’s a new parenting movement growing. It’s called “consensual living“, which to me kind of sounds like some kind of free love sex group that hippies…

END_OF_DOCUMENT_TOKEN_TO_BE_REPLACED

So, it turns out that pro-abortion groups aren’t as pro-choice as they’d like you to believe. Even if you aren’t necessarily arguing against legalized abortion, and are…

END_OF_DOCUMENT_TOKEN_TO_BE_REPLACED 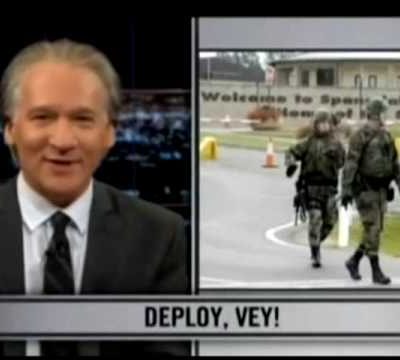 I don’t know why Bill Maher still has a platform. Well, no, I take that back. I know why he does; it’s because he’s a liberal and…

END_OF_DOCUMENT_TOKEN_TO_BE_REPLACED

Sex offender says he will continue to molest children; is released anyway

Michael McGill is a sick individual. He’s been convicted of repeated sexual assaults against children, and has written letters begging to stay in prison so that he…

END_OF_DOCUMENT_TOKEN_TO_BE_REPLACED

You know, we’re just too hard on rapists these days

The latest questionable post on Feministing is not what I would have initially expected upon reading the first line, especially considering my experience with the man-haters of…

END_OF_DOCUMENT_TOKEN_TO_BE_REPLACED

Hillary: hey, who painted Our Lady of Guadalupe?

Our brilliant new Secretary of State, Hillary Clinton, made a pilgrimage to Mexico, where she visited the shrine of Our Lady of Guadalupe. While there, she asked…

END_OF_DOCUMENT_TOKEN_TO_BE_REPLACED

Dumb Idea of the Century: “Don’t Steal Anything” Day

Liberals come up with idiotic ideas fairly often, so it’s not surprising to see one surface. But I think this idea takes the cake: a national “Don’t…

END_OF_DOCUMENT_TOKEN_TO_BE_REPLACED

ABC shocked to find that Americans are actually tolerant!

ABC has decided to undergo yet another pointless experiment, designed to show the abject intolerance of the American people. NBC has done this before, with the Muslims…

END_OF_DOCUMENT_TOKEN_TO_BE_REPLACED 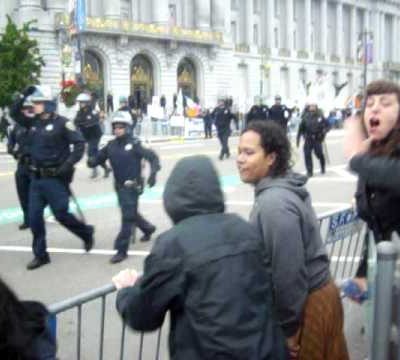 How very peaceful of them. At a “peace” demonstration in San Francisco, peace thugs and moonbats broke out into a near riot and of course, violence was…

END_OF_DOCUMENT_TOKEN_TO_BE_REPLACED

A few days ago, I wrote about the scary new idea being floated around in Washington: a mandatory volunteer service corps for young people. It would require…

END_OF_DOCUMENT_TOKEN_TO_BE_REPLACED

March 25th is National Medal of Honor Day, a holiday to recognize the men who have gone above and beyond the call of duty to defend our…

END_OF_DOCUMENT_TOKEN_TO_BE_REPLACED

You know, there’s not much Barney Frank ever does or says that I approve of. The guy is 99.9% useless, and needs to just disappear. And fast….

END_OF_DOCUMENT_TOKEN_TO_BE_REPLACED

Daniel Hannan is my new hero

Conservative MEP Daniel Hannan from Britain is my new hero. Why? Because he is dead-on accurate in everything he says in the video below. And not only…

END_OF_DOCUMENT_TOKEN_TO_BE_REPLACED

Well, how shocking is this?? In the wake of the Democratic National Committee’s surprisingly weak February fund raising, Democratic insiders are questioning the unusual arrangement that has…