Next post
Bernie The Commie Praises Castro On 60 Minutes 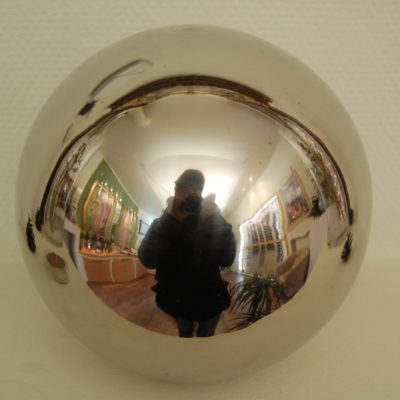 Accusations of American citizens being “racist” are hitting pandemic proportion. Add in anything but overt vilification of Trump, and it is a sure sign that you “might be a racist.” The hysteria has ascended to a level that not even “the children” are safe in school. Become a close-minded Progressive bigot or get labeled a racist.

Comedian Jeff Foxworthy found success with his, “You might be a Redneck” skits and jokes. They are funny. Remember back to when we were allowed to have a sense of humor and laugh about inaccurate generalizations? Today our culture, with aggressive help from those peddling the Humanities “soft science” and their media accomplices, shifted to a place where we all play, “You might be a Racist….”

How Racist Are YOU?

Notice that you don’t get the benefit of presumed innocence here? No baseline of “are you a racist?”, but a jump straight to concluding you already are a racist. Now we determine how much of a racist.

This is the short quiz, but if you had one “yes”,  you’re likely going to be labeled a racist.

Now, one final question. The “supreme, overrides all other information, facts are irrelevant” question,

If you didn’t immediately shout, “Orange Man Baaaaaddddddd!!” grip your head, and roll on the ground in a fit of fury… You are a RACIST. Your scarlet cap of shame is waiting!

We Have Lost The Ability of Discernment

For a word that didn’t appear in the modern lexicon until the early 19th century, “Racist” has been abused, misused, and bandied about like a wooden nickel at the county fair. It is synonymous for, and paired with, “Nazi” – to a level of absurdity usually seen in “Monty Python” skits.

Yet, it is here where we find the majority of the country sitting, under the umbrella of forced shame with their scarlet hats – branded with “R” for racist. What court adjudicates these poor souls? The media presents tainted evidence, and the purveyors of social science (a squishy science at best) act as the arbitrators of defining our collective bias.

The good folks over at “Project Implicit“‘ want you to be aware of your subconscious bias. Their homepage states,

Project Implicit is a non-profit organization and international collaborative network of researchers investigating implicit social cognition – thoughts and feelings that are largely outside of conscious awareness and control. Project Implicit is the product of a team of scientists whose research produced new ways of understanding attitudes, stereotypes and other hidden biases that influence perception, judgment, and action.

Project Implicit translates that academic research into practical applications for addressing diversity, improving decision-making, and increasing the likelihood that practices are aligned with personal and organizational values.“

Please take the test. You will be astounded to know you have so many unconscious bias ideas [Sarcasm font!]. But now that you know, chose your scarlet cap. Or you can take the approved bias of “Progressivism” and opt for the Liberal “woke” wear. Move to a wealthy white enclave island and join the folks over in Lisa Carr’s post.

Trump Derangement Syndrome AKA “Trump is a racist!”

Since before his inauguration, Trump has been labeled a racist. A California teacher’s union even adapted additional curriculum to teach their students about how to survive his evil ways. In 2016, before he took office. Wow, that’s an impressive ability – usually reserved for roadside fortune tellers.

The logic applied is straightforward, and if you lack cognitive skills in reasoning – it makes sense. My example of TDS logic,

“Trump is a racist. He thinks all Mexican undocumented immigrants are murderers and rapists. He’s generalizing an entire group based on the very few criminals!  His racism and hatred is obvious! All Trump supporters are Nazi racists, because they support a Nazi racist!”

Generalizations are rarely accurate… unless you are recognized as a Trump supporter, or ever held a fleeting positive thought about Trump. It doesn’t take much to be a racist in the eyes of Progressive bigots. The hypocrisy is deep in TDS land.

Furthering the incorrect definition of racism as applied to Trump and most Americans, one teacher went so far as to combine Trump’s image with the Nazi “Swastika” and the Russian “Hammer and Sickle.” FoxBaltimore reports,

Over the picture of the president are the words “Wants to round up a group of people and build a giant wall.” The words “been there” and “done that” appear under the pictures of the swastika and hammer and sickle. A banner on the side reads “Oh that’s why it sounds so familiar!”

Upset parents are contacting Baltimore County Schools about a slide that was shown in their child's history class this week at Loch Raven High School.

The slide featured a picture of President Trump above pictures of a swastika and hammer-and-sickle. https://t.co/MNZklDvDsC

Let’s forget for a moment that Nazi Germany and Stalin’s Russia were on opposite sides of World War II. Ignore the fact that the only president in modern history (FDR) to round up a specific group based on race is a Democrat icon. Also, pretend that the likely Democrat nominee isn’t a self avowed Socialist, and fan of Communist style governments. From NBC,

“Cuba has solved some very important problems,” [Bernie] Sanders told reporters upon his return. “I did not see a hungry child. I did not see any homeless people. Cuba today not only has free health care but very high-quality health care.”

How to Succeed In Our Brave New Space

I am going to tell you how to get your student out of school with a 5.0 (weighted honors classes of course), and glowing teacher recommendations for college.

Trump hates Mexicans. It was theirs before it was ours. NO WALLS!”

Progressives see Trump as a racist. Therefore, unless you vocally, illogically, and publicly detest him- you are a racist. Even if you don’t know it. You are afraid of brown people. Gay people. Trans people. Get on board, and find someone from “Diversity Inc.” who is going to educate you on your privilege and implicit bias.

Thank You Sarah Hoyt, and welcome to our Instapundit readers.