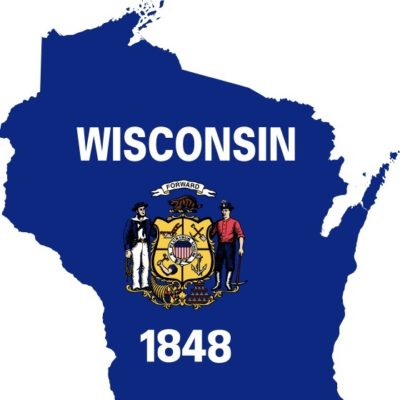 In a 4-3 ruling the Wisconsin Supreme Court crushed the dystopian fantasies of Gov. Tony Evers. His administration is no longer able to force the stay-at-home order on hapless Wisconsinites. Congratulations Wisconsin, you are one step closer to freedom from imperial edicts.

Gov. Evers approved the original stay-at-home order in March, and applied it to the entire state of Wisconsin. Regardless of rates of infection or location of rapidly spreading disease, everyone was under the same mandate.

All individuals present within the State of Wisconsin are ordered to stay at home or at their place of residence, with exceptions outlined below. To the extent individuals are using shared or outdoor spaces other than their home or residence, they must at all times as reasonably possible maintain social distancing of at least six (6) feet from any other person consistent with Social Distancing Requirements as defined below, except that they do not need to maintain social distancing between individuals residing in a single living unit or household.”

When Department of Health Services Secretary-designee Andrea Palm made the decision to extend the stay-at-home order, state Republicans took action and filed to stop the extension. Their complaint reads,

Purporting to act under color of State law, an unelected, unconfirmed cabinet secretary has laid claim to a suite of czar-like powers—unlimited in scope and indefinite in duration—over the people of Wisconsin … Per her decree, everyone in the State must stay home and most businesses must remain shuttered (with exceptions for activities and companies arbitrarily deemed “essential”).”

The Court Decision Places Responsibility at the Local Levels

Thankfully the Supreme Court has 4 members willing to stand up for Wisconsinites. For the majority opinion, Chief Justice Patience Roggensack, writes,

This case is about the assertion of power by one unelected official, Andrea Palm, and her order to all people within Wisconsin to remain in their homes, not to travel and to close all businesses that she declares are not “essential” in Emergency Order 28…. Palm’s Emergency Order … is declared unlawful, Invalid, and unenforceable,”

The decision doesn’t eliminate the use of stay-at-home restrictions, but it does put the power into the hands of local officials. Elected officials who have a better idea of what is happening in their municipalities than some far-removed state official.

Following the court decision, local governments will put forth their own stay-at-home orders. Some fear that it will create a “patchwork” of regulations in Wisconsins 72 counties. But realistically, those 72 countries are best suited to make the decisions that work for their residents. The elected leaders are a phone call away from their constituents who want to discuss the ramifications of policy decisions. A shuttered store on Main Street belongs to a bowling buddy, not some faceless statistic on a spreadsheet.

Placing responsibility with local leaders forces those politicians to a level of accountability that isn’t felt at the state level. It’s hard to sell the “essential business” and “greater good” schtick when the local hospital has wards with empty hospital beds. It is a reality smack when your small business constituent wants to know why Target is open, but their local shop isn’t. Pressure and accountability are best expressed and felt locally.

Local News Discusses the Outcome and Ripples of the Decision

This ruling prevents edicts from on high, and now Gov. Evers must pass legislation through the Republican controlled House. A process that should have been done before issuing the extension. Of course, “the end of the world as we know it!” is the only reasonable outcome from this decision. Wisconsin Public Radio reports that the governor laments,

Today, Republican legislators convinced four members of the Supreme Court to throw the state in chaos, …Republicans own that chaos. We were in a good place,” Evers told reporters. “We are no longer in a good place.”

Wisconsin has seen a steady decline in its percentage of positive COVID-19 tests over the past two weeks, enough to satisfy several of the Evers administration’s own guidelines for a more gradual reopening.“

To contrast at the same time, CNN writes,

As of Wednesday, Wisconsin had more than 10,902 confirmed cases of coronavirus and 421 deaths, according to the state’s Department of Health Services.”

“Big Media” and “Big Government” highlight the drama to add effect to their narrative. Local public radio and local politicians have a better sense of the local facts.

Wisconsin’s court decision should make neighboring states nervous. The Wicked Witch of the North, aka Gov. Gretchen Whitmer has unleashed a vice grip on the state of Michigan, vowing that civil protests will prolong stay-at-home measures, currently extended through the end of May. CNN reports that, Michigan’s “GOP leadership of the state Legislature filed a lawsuit against Whitmer last week, alleging that her executive order to extend the state of emergency was unlawful.” Sounds promising if they can push for a similar verdict from the Michigan court.

There are tangible indications that the upper Midwest citizens are growing weary of their Democrat overlords… a poll released today has Trump ahead, “in the battlegrounds, 52% favor Trump and 45% Biden.”

Two of those battleground states are Michigan and Wisconsin. If the governors don’t stop their overreach, the courts may do it for them. If the courts don’t stop it, the voters may have a lot to say come November.