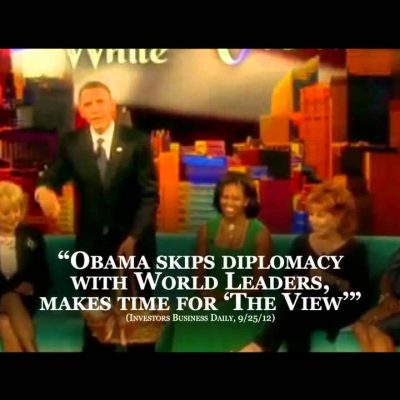 Next post
BREAKING: 2 US Border Patrol Agents Shot and 1 Killed

by Cassy Fiano in Headlines 55 Comments 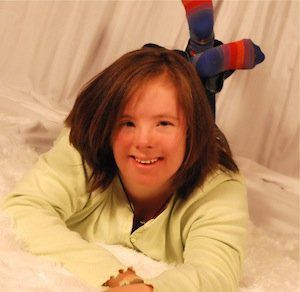 I am completely disgusted. I am sickened, I am angry, I am disappointed. Just about every negative emotion under the sun, I am feeling right now.

I’ve seen many conservatives in the blogosphere up in arms about Obama’s featuring of a letter from a girl named Brittany. She’s 25, works, votes, and has Down syndrome. She says she has her own apartment and likes Hannah Montana. She calls herself one of Mitt Romney’s 47%.

Hello! My name is Brittany and I live in Mechanicsburg, Pennsylvania. I am 25 years old (but I will be 26 on October 3rd!). I am a registered Democrat and I have been voting since I was 18. I am one of the 47% of Americans who fall under Mitt Romney’s definition of “entitled” and “unable to take responsibility for my life.” I have Down syndrome.

As the mother of a child with Down syndrome, what angers me is not that Obama used this letter. No, what infuriates me is that so many people are angry that he did. And I’m sad to report that many of those people are conservative bloggers, like me.

This is horrible for a lot of reasons, not the least of which is that Mitt Romney’s 47 percent comments had nothing to do with this.

There is so much that is heinous about Brittany being used for political gain in this way, but let’s start with the obvious thing, which is that neither Mitt Romney nor anybody running for office under the Republican banner is suggesting doing anything that would hurt her.

“Brittany,” who wrote the letter to express her support for the president, is being used as a political tool. The Obama camp is sharing her story for no other reason than to suggest that Mitt Romney doesn’t care about the disabled and mentally-challenged. And what’s truly heartbreaking is that to Team Obama, she’s not even a member of the 47 percent. She’s not even a person. She’s only a means to an end.

[O]Obama is just using this woman for his political gain.

The Obama campaign has taken what could have been, with sensitive editing, a feel-good letter from someone who is doing her best under difficult circumstances and wishes to support Barack Obama into a dishonest, exploitive cheap shot at his opponent. The president and his campaign should be ashamed.

And on and on.

When I first saw the headlines, I expected to be offended. I really did. I thought I would read the story and find something truly horrible about it — like when Obama made a cheap shot at the Special Olympics. But I see absolutely nothing wrong with this ad. Nothing.

Did I mention my son has Down syndrome? And that I’m a conservative who wants Obama out of office more than anything?

I hate to have to defend Obama here. I hate it. (I hate it more than mayonnaise!) But I have to… because they did nothing wrong.

If a girl named Brittany had written in a letter saying all of the same things, but had erased the part where she said she had Down syndrome, would there be any uproar at all? No, there wouldn’t be. And there are plenty of people without disabilities who do say exactly those same sort of things, who call themselves members of Mitt Romney’s 47%. Do I agree with them? No, but they say it and that’s fine. We can argue back with facts.

However, simply because this girl has Down syndrome, her voice apparently shouldn’t be heard. At least, that’s what all of these conservatives are basically saying. Because she has an extra chromosome, her letter shouldn’t be posted for the world to see. It’s “exploitative”.

And that, my friends, is so damn demeaning, condescending, and insulting to people with Down syndrome that it makes me sick.

Why shouldn’t Barack Obama — or any other candidate for that matter — feature a letter from someone with Down syndrome? Brittany wrote this letter herself, she mailed it in, and obviously by doing so, gave permission to Obama to use it. The idea seems to be that because she has Down syndrome, she couldn’t possibly understand what she’s saying, and so therefore, Obama is manipulating her and using her. There have even been suggestions that he tampered with the letter somehow. What, because an adult with Down syndrome couldn’t possibly have written a letter like that on their own? Couldn’t have come up with a political opinion all by herself?

People with Down syndrome want to be treated like anyone else. And they should be. But clearly, voicing their opinion on politics just isn’t allowed. I mean, obviously that’s the case, right? Because apparently, if someone with Down syndrome does, and a candidate gives that voice an audience, it’s “exploitation”. It’s not exploitation for everyone else, of course, but if you’ve got Down syndrome? Yup, exploitative.

Do I agree with Brittany? No, I don’t, and I wish I could show her that she is not who Mitt Romney was referring to. But Brittany is entitled to her opinion on politics, and she’s entitled to voice that opinion. Her thoughts shouldn’t be buried just because she’s got an extra chromosome, and that’s exactly what people are suggesting here.

To me, that’s a beautiful thing… even if I don’t like the message.