On August 24th Egyptian women are invited to recapture their freedom through fashion by participating in the “We Will Wear Dresses” Facebook event.  According to one of the organizers of the event, Michael Nazeehs, “The aim behind the campaign is urging girls to feel free to wear what they want; it’s their basic right,”. Nazeehs goes on to explain that many women in Egypt have chosen to quit wearing dresses or skirts due to the sexual harassment that they are forced to endure when they do.  When asked what the aim of the “We Will Wear Dresses” event on the 24th is, Nazeehs replied “We want them to say, ‘we are not afraid; we will wear what we want,’”.

The group that Nazeehs belongs to has sponsored other events and initiatives in support of other women’s rights issues such as the “No to Harassment Campaign” and the “Understand Me and Don’t Hurt Me” initiative to educate Egyptians about the horror of female genital mutilation (FGM). The “We Will Wear Dresses” event was inspired by an 18 year old woman who chose to stand up for herself and stand in front of her harassers car (she was run over in response) in the port city of Tanta earlier this month.

As of this writing the positive RSVP’s are up to 2,100 and the accompanying hashtag on Twitter #WeWillWearDresses is spreading like wildfire. According to a blog posting by the Middle East Institute regarding the event, approximately 70% of Egyptian women report having faced sexual harassment in one form or another. Whether on the streets or on public transportation, these women are subjected to cat calls and much worse. The trend has worsened to the point where Egyptians now have a name for the gang style sexual assaults that have become all too commonplace in the country, the “Circle of Hell“. These  assaults consist of the woman being surrounded, stripped and groped or gang raped until she needs medical attention and have become known as the dark side of the country’s protests.

The “activists” participating in this event are facing criticism from detractors on Twitter who are saying things like “What religion and which country’s traditions allow women to walk in streets with such outfits?” and  “Being free means free to take off your clothes?”.

The “We Will Dresses” campaign has gotten support from Egypt’s literati, with Egyptian poet Fatma Naoot expressing support for the event by saying  “Dresses used to be an icon for elegancy and femininity at this time,” Naoot said. “People never behaved but with polite words.”  Naoot said while posting black and white pictures of her mother and grandmother wearing stylish dresses in the 1950’s and walking on a city street.

It should be interesting to watch this campaign and see what the response of the public will be. This Victory Girl hopes to be posting a wonderfully upbeat update to this post after August 24th stating that women all over Egypt wore dresses and skirts throughout their cities with confidence and suffered no ill effects-but the realist in me doubts that will happen. Join me after August 24th, and while you are at it, sneak in a few words to the man upstairs for these brave ladies!

I am pleased to update you on this story with good news! Many organizations supported the #WeWillWearDresses campaign on their Facebook pages as well, Uprising of Women in the Arab World posted it and garnered supportive messages from as far away as Scandinavia! Many women posted accounts of their experiences on Facebook sites and though some discussed feeling afraid I was unable to find a report of any acts of violence toward the women participating in this event. Perhaps one commenter is right, and it is a shallow attempt-but any attempt of Egyptian women to take back their lives is positive in my book. 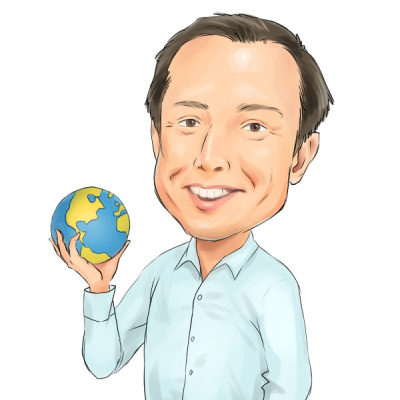 Twitter Is Just The Tip Of The Big Tech Leviathan