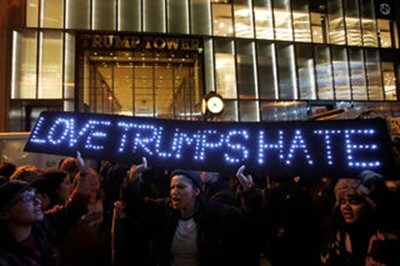 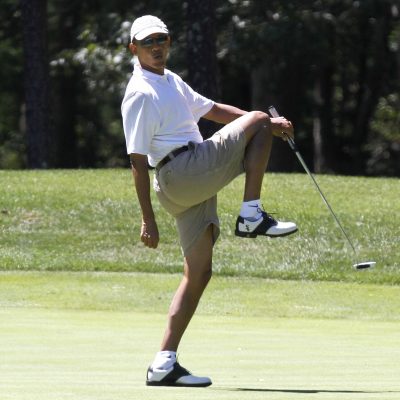 Next post
Obama's Hypocrisy: Terrorists And Traitors Are Great But America Is Bad! [VIDEO] 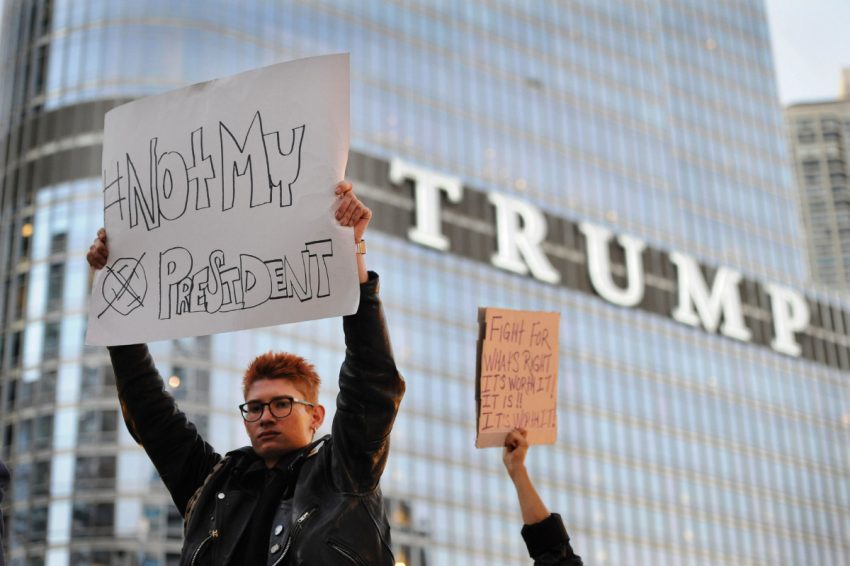 But you already knew that.

As we approach Inauguration Day, we can look forward to all of the libs coming out in full-force. You thought the “Not My President” protests were crazy? Well, you ain’t seen nothin’ yet!

The Seattle Stranger has come up a list of events anti-Trumpsters can participate in leading up to and on Inauguration Day. You can partake in an Anti-Inaugural ball, join the “resistance” by tuning into Podcasts that will give guidance on “what to do now” (it’s the end of the world as we know it), there are comedy and beer nights supporting the ACLU, events to support #BlackLivesMatter and events to support one of my personal favorites, #ShoutYourAbortion (yay for them, they can make more party dresses). But wait…there’s MORE! You can join in on a “Bed-In” (yes, inspired by the infamous John and Yoko Vietnam War protest) or, if you’re a university student or a high school student (who can’t yet vote), you can walk out again to show how upset you truly are. And of course, the weekend just would not be complete without a showing of the Occupy crowd at Westlake Park and a “Pussy Grabs Back” 5K. I can’t even make this stuff up if I tried.

If you’re thinking of a peaceful dinner in downtown Portland, think again. The RISE UP and Resist Fascism Inauguration Day Protest will kick off at 3:30pm on Friday.

We have activists plotting to shut down bridges and impede modes of transportation with “stink bombs” and “CFs of barricades” yet organizers respond in this fashion:

“I think it’s concerning that we have so many people concerned with the destruction of property and not so concerned with the destruction of lives that can happen under President Trump. I don’t condone people going out and smashing things, but I think I have a lot more in common with the person smashing things than I do with Donald Trump or a Donald Trump supporter.”-Gregory McKelvey of The Portland Resistance

So, now, damaging a person’s property is an afterthought when you factor in the Inauguration of Donald Trump? This guy thinks he has more in common with the person smashing some innocent resident’s apartment window than a stranger he does not know who may have voted for Trump nor does he even care to understand WHY that person voted for him. Therefore, in his eyes, it is completely okay to vandilize other peoples’ posessions. This is where the total disconnect comes in with these protesting groups. Because you see, it’s NEVER the fault of the protestors, right? Nope. An innocent resident’s car window gets busted? It’s not their fault. Their “stinkbombs” and desire to break stuff stems from their sheer frustration from the “injustices” that they have suffered. “Injustices” and slights from a man who has not even stepped into The White House yet, mind you. It’s funny how these people are so concerned with how the world views us and denounce reverence and quiet patriotism but are so willing to act like such tools publicly in the name of social justice.

I suppose they are trying to lighten up with their little “What a Joke” comedy nights (a brainchild of two white Brooklyn women) and drink some good beer (I, too am a beer snob and appreciate a yummy bold and bitter IPA) but honestly,do they laugh? And if so, what do they laugh at? I mean, come on, someone, somewhere in that audience is bound to get offended by something. After all, we are talking about the highly-offended segment of our population here. We are talking about the segment of the population who thinks they are sooooo self-important that I am not entirely sure that they really know what it is like to laugh at themselves or anything for that matter. They’re snowflakes, y’all. And for some strange, bizarre reason, I don’t think that they need a presidential inauguration as an excuse to walk out of school or work and do even less work (if that’s even possible) but that’s just my opinion.

So, do yourselves a favor and if you live near a throbbing metropolis of liberal elitists who think blocking traffic and busting out windows is going to really affect policy change, or really going to keep Donald Trump out of that office, get on some of these wack-a-doo sites to see what they have up their sleeves. Then, stay the heck away and protect the people you love and things you work hard for. They can’t do any damage to those who refuse to partake or entertain their little tantrums so let them implode upon themselves. Be on the lookout afterwards for rants on local law enforcement (although most groups don’t believe in getting protest permits) and how they’re the victims because, well, whining is what they do best. I must admit that I was slightly tempted to count the Starbucks mugs in the hands of the “Occupy” crowd when they hit Westlake (so much for not supporting “corporate greed” but I guess it’s okay if they didn’t pay for it) because I find that kind of stuff funny but watching a Bed-In with some of these people and experiencing a “P-ssy Grabs Back 5K” were enough of a deterrent to keep me out of The Emerald City. I just don’t want to see any of that! #NotMyPresident? How about #NotMyAmericans!