Next post
Lori Lightfoot Issues "Call To Arms" Over SCOTUS 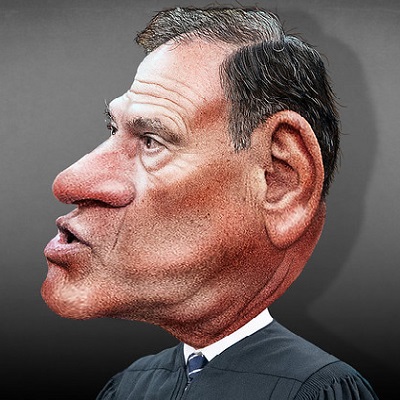 Pro-Abortion protestors planned and conducted a “vigil” at the home of Justice Samuel Alito Monday night. We’ve done this dance before. The real riots and damage will happen after the cameras are gone and all the working folks are tucked in bed. It is only after dark when the left starts really rioting.

After a weekend of nasty protests around the country coupled with protests at Justice John Roberts and Justice Brett Kavanaugh’s home, anticipating things becoming “mostly peaceful” seemed in order. The world is watching the live feeds to see what happens at the Alito home. Don’t take your Melatonin, and don’t plan on going into work early tomorrow if you want to see violence.

“The US Marshals Service said on Monday it was helping the agencies normally tasked with the judges’ security…Another protest is planned on Monday night at Justice Samuel Alito’s house in Alexandria, Virginia.”

Interestingly Virginia Governor, Glenn Youngkin, did not send state law enforcement to help with the convergence of law. .

This is against the law but @GlennYoungkin did not sent VA state police to defend Alito’s home https://t.co/7bJ83FxtJQ

There is a strategy to tracking the left doing their “mostly peaceful” protesting. First, get on Twitter and follow find a live feed of one of their minions. They all have their cameras up, it’s up to you to find one of them.

Breitbart did a live feed of the “mostly peaceful”, drum beating, megaphone chanting part of the evening.

Second strategy is to make note of some of the idiotic chants. Then systematically laugh at them. Here are some chants, followed by color commentary.

“No uterus—no say”. For the love, can the left make up its hot mess of nonsense as to what science we’re following today as to who can get pregnant? I think it is judgy to assume Justice Alito doesn’t have a uterus.

“My body—My choice”. Mkay. I don’t want a COVID vaccine. My body, my choice…right?

In all seriousness, there are ominous warning in the chants. After paying attention to the riots of 2020, the left will chant their displeasure and their plans to rectify it.

“We want justice – now. If we don’t get it—shut it down.” Just a reminder what the left/Antifa/BLM did to a Federal Courthouse in Portland, and the people inside, during the summer of “mostly peaceful” rioting. They rioted, burned, assaulted and shut down the courthouse for fifty-four days straight. When they say “shut it down”, it isn’t just a chant. They mean it.

At the time of writing, the sun is descending at the Alito home. Reporters are packing up the gear and tweeting the vigil is over. Had they watched their newsfeeds, they could have saved their breath. Alito didn’t appear to be home. Smart man.

A woman named Kelly begins to speak in front of Alito’s house. We’ve heard the justice is not home. pic.twitter.com/NHF2DxkMaB

Or was this a ruse to send all the “peaceful” protestors home for the “after dark” part of the riot? Who cares if he’s home? Violence is violence no matter who answers the door.

Hot Air published a rated-PG version of the vigil part of the evening. They quote some great tweets and wrap it up for the night as they watch those dressed like normal people packing up their cars.

“Why is he a coward, exactly? Because he didn’t stay home to see if this group would get violent? Frankly, if he had been there they would probably have been louder and stuck around longer. They were protesting an empty house it appears which is why they weren’t so worked up.”

Third, and most important part, of riot watching. The violent arm of those on the left only come out after dark. If you completed the first two steps of rioting-watching, you know they are already in place.

Antifa and Black Bloc has already been spotted.

There is an Antifa and black bloc presence at the protest. pic.twitter.com/DRWfeeMagw

As the dark descends at the Alito home…the violent cockroaches have taken the place of the peaceful ones who are snug in bed.

You might notice the keyboard warrior lefties on Twitter spewing repeated sentiments along the lines of: the Supreme Court stated that pro-lifers protesting abortion clinics are not breaking the law because their speech is protected speech under the First Amendment.

For those bent on violence, there is a difference between protected speech and yelling at the home of a Supreme Court Justice. Federal law protects our judges. It is 18 U.S. Code § 1507 which clearly states:

“Whoever, with the intent of interfering with, obstructing, or impeding the administration of justice, or with the intent of influencing any judge, juror, witness, or court officer, in the discharge of his duty, pickets or parades in or near a building housing a court of the United States, or in or near a building or residence occupied or used by such judge, juror, witness, or court officer, or with such intent uses any sound-truck or similar device or resorts to any other demonstration in or near any such building or residence, shall be fined under this title or imprisoned not more than one year, or both.”

Going back to Breitbart’s live feed. To the cute little lady using the megaphone–you are breaking Federal law.

To those who continue to show up at the homes of Supreme Court Justices for the purposes of “influencing” them—forget violence—your actions are illegal. This is not in the same realm as a church group praying in front of an abortion clinic. Simply shouting at a justice’s home is illegal; forget the violence the leftie cockroaches are planning.

I fall into the category of riot viewer that needs to sleep because she has a job to get to in the morning. If Antifa/BLM/Black Bloc, or whoever else shows up after dark, hasn’t caused mayhem by the time I wake up it will be a blessing.

We can all agree Monday’s federal police response coupled with the violent players that showed up indicates we are in for violence in coming days and weeks. Sadly.