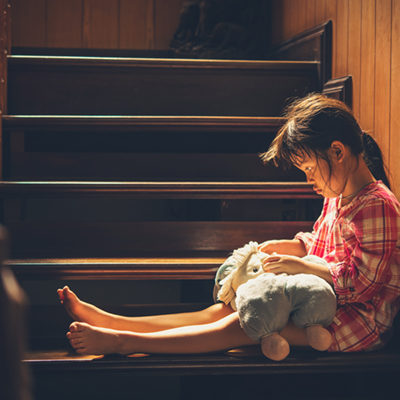 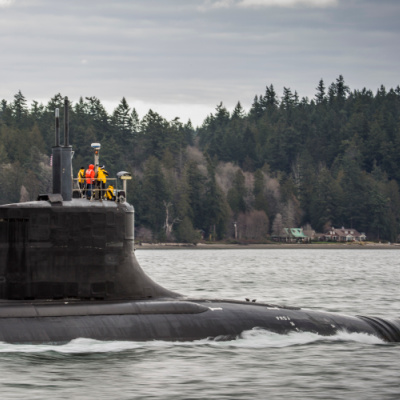 by Toni Williams in military 11 Comments

Top officers from the USS Connecticut have been fired after the submarine hit an undersea mountain in the South China Sea on October 2, 2021. The Captain, Executive Officer and Chief of the Boat were fired because the Navy had lost confidence in their abilities.

The USS Connecticut (SSN-22) is a Seawolf Class Nuclear Attack Submarine. Eleven sailors were injured in the attack and the craft sustained $3.1 billion in damage. After hitting the sea mountain, the 7th Fleet submarine, out of Japan, limped back to Guam for repairs. According to the United States Naval Institute:

The reliefs follow the completion of the investigation into the Oct. 2 collision in which the nuclear attack submarine collided with an uncharted underwater seamount in the South China Sea.

I know absolutely jack about how submarines operate, so I read through the comments at the end of the Navy Institute’s article. The submarine hit an “uncharted” underwater sea mountain. Underwater topography is constantly changing because of earthquakes and other natural activities. The submarines operate under varying degrees of “EMCON”:

In both battle and test scenarios, naval ships need to be able to enter EMCON (Emissions Control) conditions. This can mean restricted emissions (no uniquely identifying transmissions) or no emissions at all (radio silence).

Why is EMCON at sea so important?
Signals travel a long way at sea, and out on the water there is nowhere to hide. EMCON is used to ensure the enemy cannot triangulate the signal source and the ship using radio direction-finding techniques. Since RF transmissions are less common in the middle of the sea, even a very low power and short duration signal can stand out and make the ship an easily locatable target.

An additional reason for restricting emissions can relate to HERO (Hazards of Electromagnetic Radiation to Ordnance) requirements. This is known as HERO EMCON and is used to prevent ordnance systems from being inadvertently fired due to the effects of electromagnetic interference.

The submariners are blind in their windowless boat. If they cannot use sonar, do they rely on currents charts for their navigation? This comment from Full Astern intrigued me:

Full Astern • 5 hours ago
Interesting outcome of events. Especially given that the boat hit an uncharted sea mountain. As many who post have noted, along with the Navy admitting the undersea topography in that area is constantly changing due to seismic and undersea volcanic activity. It may be telling to hear from the CO, XO and COB from their perspective. The boat has obviously suffered damage beyond the repair capacity in Guam and will undoubtedly enter a long repair period at Puget Sound. For this the Navy is on par with the someone must be held accountable mentality. Fire the command triad! That seems to be the norm these days.

Put the officers out there without the equipment they need and fire them when they can’t do their jobs. What in the unshirted Hell is going on in the U.S. military?

That area of the South China Sea is being swept for evidence of a nuclear leak:

And, the USS Connecticut may be out of service permanently:

How much of this is due to lacking training because of Covid restrictions and Secretary of Defense Lloyd Austin’s 60 day stand down to combat extremism in the military?

After the embarrassing loss in Afghanistan, this means our military needs more training. By the way, did you hear about the humiliating scenario our Marines encountered, according to the British Marines:

British media has been gloating since Tuesday, when The Telegraph reported that British Royal Marine commandos had “dominated” the U.S. Marines during the exercise and ultimately forced the Marines to surrender after annihilating most of their unit. The story, which has since been picked up by other British media outlets, also claimed that U.S. troops asked for a “reset” halfway through the exercise after suffering extensive casualties.

The U.S. Marines are disputing this, but…. I kind of think something happened to make the Royal Marines think they had won.

I ask again, what in the unshirted Hell is going on with our military?