Next post
Russia Blocks the U.S. in Space over Ukraine

Sgt. Andrew Tahmooressi, a 25-year-old USMC combat veteran, was jailed in late March after he missed a freeway exit near San Ysidro, Calif., and drove into Tijuana, where Mexican authorities discovered he had three guns in his car.   Even though the guns were legally owned by Tahmooressi and he had no idea he was heading into Mexico, he was promptly thrown in a shithole Mexican jail and has been there ever since.  Sgt. Tahmooressi was on his way to San Diego to receive treatment for post-traumatic stress disorder.  This Marine, who served two combat missions in Afghanistan, has to cope with being in a hell jail in another country on a ridiculous charge.  I’m sure this is not helping his PSTD.  It’s beyond outrageous. 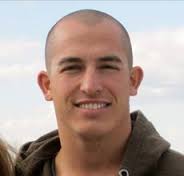 Contrast this story with the still breaking and shocking story of the criminals from Mexico being RELEASED into the American general population…by our own Immigration and Customs Enforcement.  These violent individuals are not people who simply took a wrong turn into America.

From the Daily Caller article:

“Nearly 200 murderers, over 400 rapists, and 300 kidnappers in the U.S. illegally were released by Immigration and Customs Enforcement while awaiting deportation proceedings, according to a new report from the Center for Immigration Studies.”

And to add insult to injury, yesterday Obama had the unmitigated gall to push for “immigration reform” for our “safety and security”.

You can be sure when Obama speaks of “reform”, “safety”, and “security” he isn’t interested in any of it for actual American citizens.

And if you think he does, DREAM on.

Allen West sums it up best:

“So I ask you, what message does this send to Sgt. Tahmooressi and his family? Whose life means more, an American Marine or criminal illegal immigrants?”